Can a Cat Make a Community?

Last month my neighbor and I mustered our emotional strength, gathered up our neighborhood cat, and drove to the SPCA to help her leave this earth in peace. He had named her Minou — French for kitty, a common term of endearment for cats in Cajun country — though I’m sure she’d had many names, which is why I’m posting about her here.

Minou is one of the tens of thousands of animals that were victims of Hurricane Katrina. An estimated 15,500 were rescued, many more died, and some, like Minou, started a new life all on their own. Another of my neighbors, one who rode out the storm, remembers Minou showing up after the waters receded. The cat — tame, spayed, and quite clearly someone’s pet before Katrina — made my and my neighbors’ yards her home, supporting herself for 11 years on lizards and rainwater and the kindness of strangers.

When I showed up two years ago, she was the first to welcome me. I woke up one morning to find her snuggled up in bed. She had found one of the holes in my dilapidated house and climbed in. She left me dead things. She made me feel at home.

She was our little Minou. One of my neighbors fed her. We all gave her pets and treats. When she got sick, I was the one who could afford to take her to the vet, so I did. I bought her the medicine; a neighbor administered it.

She had always been a tough little survivor but, in the end, it was her time. She died in the arms of people she loved, who loved her.

As we drove to the SPCA to say goodbye, I was struck by how much she had done for us. She had brought us together by giving us a common friend and responsibility. She was the node in our network, more so even than our proximity. Often, she was why we talked to each other. Or we talked to each other over her. When one of us paused to give her some attention, it kept us outside long enough to run into each other. And since everyone stopped to give her a pet, we’d all be there together.

I knew, too, that the two of us who rode in that car together — we who had made and then carried out that impossible decision — would never be able to call each other strangers. Even in her last minutes, Minou forged a bond.

Sociologists are interested in community: the difference between those neighborhoods in which people feel a sense of togetherness and those in which they do not. I don’t know much about that literature, nor much about social networks, but I do know that, with noted exceptions, pets are on the fringe of sociological analysis. It’s an interesting oversight given that more than half of American households include at least one pet. And that’s not counting the strays.

But I do know that Minou is part of why my neighbors and I are a community and her final gift to us was to cement that bond. And when I memorialized her passing on social media, many people commiserated with similar stories of “neighborhood cats.” I bet there are stray cats all over America, bringing people together. I’m so grateful that she did that for us. 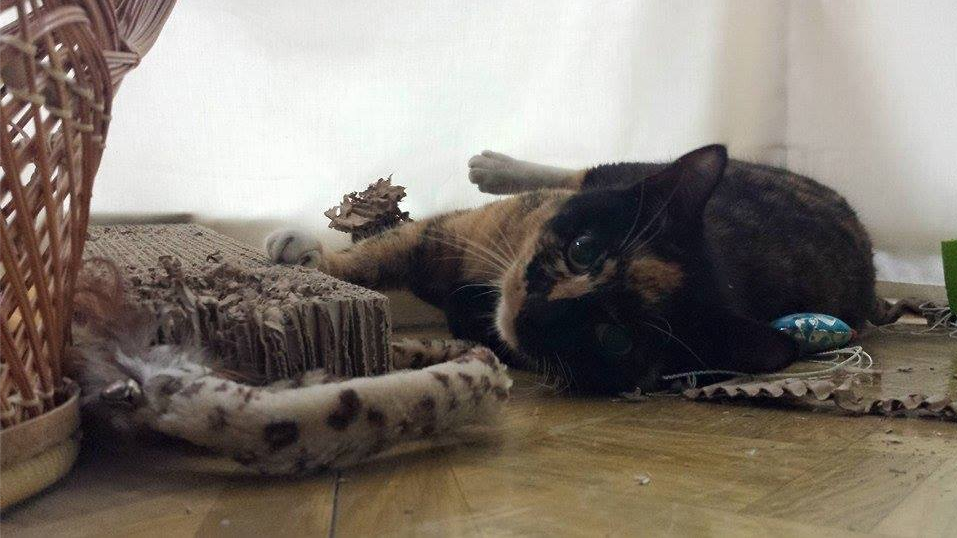 Feral cats are a global ecological disaster. They need to be eradicated by any means necessary.

Your blog entry is amazing. I found very exciting points that I liked and I will use to help with my pets. I also have a site that offers Pet Tips, feel free to try it out.dog bed wholesale

Male players are also instructed to wear tank tops and shorts, although there is no stipulation for the shorts to be tight-fitting as stated in the women’s regulations.Commercial Concrete Mason