The Sociology of Father’s and Mother’s Day Gifts

It’s time to go buy your dad a tie! What are you getting your father for Father’s Day this year? One Father’s Day when I had no money, I decided to concoct some homemade barbecue sauce on the stovetop for my dad. I don’t even remember what ingredients I used, but for years afterward, Dad would bring up how good that jar of barbecue sauce was and ask if I could make it again (I was never able to recreate it, for some reason). Barbecue and men just seem to go together, don’t they?

The gifts that are promoted on Mother’s Day and Father’s Day often reflect society’s conception of what roles mothers and fathers are supposed to serve within the stereotypical heterosexual nuclear family. There are perhaps no other holidays that are quite so stereotypically gendered. Hanukkah, Christmas, birthdays, and anniversaries have us seeking out unique gifts that are tailored to the recipient’s particular personality, likes, or hobbies. But Mother’s Day and Father’s Day gift ideas appear to fall back on socially constructed family roles.

Examining the most popular types of gifts to give can help us see how society (helped by marketers) conceptualizes mothers and fathers. Google Image searches, while unscientific, can allow us to see at a glance what types of gifts are considered most appropriate for mothers and fathers in our society. This type of content analysis is based on Goffman’s (1978) examination of magazine advertisements. Goffman encouraged social scientists to more critically examine what appears to be everyday common sense, especially those images presented in popular culture.

I began looking at the differences between gifts for Mother’s Day and Father’s Day by typing in “gifts for Mother’s Day” on Google Images. Mothers are apparently obsessed with their children, as the majority of gifts reflect the children that she is responsible for. These types of child-centered gifts tend to emphasize the number of children, names of children, or birthdates of her children. Mothers also apparently drink copious amounts of tea and want flowers. In addition, the color scheme on a Google Image search for gifts for moms is predominantly pink and lilac. 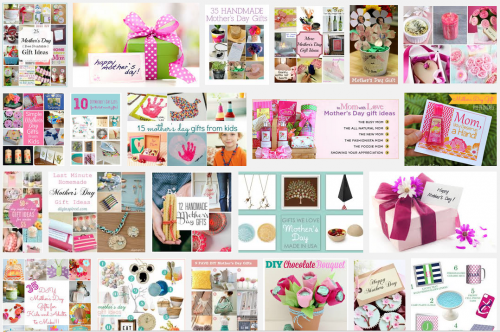 When I searched for “gifts for Father’s Day” the color scheme changed to blue, orange, and black. Gifts for dad assume that a father grills, fishes, has money, and has a fantastic sense of humor. I saw few gifts emphasizing the number of children or names of children. 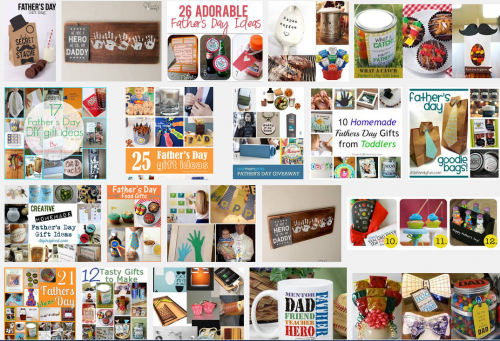 The Google Image search emphasizes several differences between mothers and fathers. For mothers, the day should be all about their children. Motherhood is no laughing matter, as it was difficult to find “gag” or “funny” Mother’s Day gifts (as was so easily found for Father’s Day gifts). Images of Mother’s Day gifts reflect quiet contemplation of a serious and weighty job.

For fathers, the day should be outdoorsy with grilled steaks and funny aprons that give credit to the theory that men grill but do not cook. One of the more interesting finds from this Google Search was the preponderance of the dad money clip phenomenon. There is simply no equivalent for mothers. While women carry purses and theoretically do not need money clips, purses do not appear. This suggests that fathers are still thought of as the breadwinners. Gifts to fathers often emphasize the idea that it is the fathers who financially support children, while the mothers emotionally support children.

Theories on Motherhood and Fatherhood

According to sociologist Sharon Hays (1998), contemporary beliefs posit motherhood as intensive and sacred. Motherhood is based on the assumption that all women need to be mothers in order to be fulfilled. The gifts promoted for Mother’s Day certainly reflect this theory.

On the other side of the heterosexual parental unit, anthropologist Nicholas Townsend (2002) argues that masculinity today is now a “package deal” that includes marriage, fatherhood, employment, and home ownership.

In other words, motherhood is the primary identity for women who become mothers, but fatherhood is merely one facet of what it means to be a man. (Note: these theorists are clearly situating idealized parenthood within a middle-class context.)

This quick comparison of Google Image search results supports the idea that when we celebrate Mother’s Day and Father’s Day we reinforce societal ideas of motherhood and fatherhood. Instead of tailoring our gifts/cards to the unique interests of the individual father or mother, we are pressed to celebrate the generic role fathers and mothers are supposed to play in stereotypical heterosexual, middle class nuclear families.

Cross-posted at Sociology in Focus.

Ami E. Stearns is in the sociology and women’s and gender studies programs at the University of Oklahoma. She studies sociology and popular literature.

Really a nice mother's day gift blog, it's highly touched to my heart and I don't have any word to say!

[…] then there are gifts. Father’s Day and Mother’s Day are some of the most gender-stereotyped holidays for gift-giving. Dad gets tools or ties (implying he’s the one with the important jobs). Mom gets […]

I have always felt that there is no substitute of parent's love and in this regards you've mentioned some great things. I feel that the best gift you can give your parents is your time, attention, care and affection. The reason why I say this is because your time and attention are limited resources and you can't buy them. You have to give them away to others who may be in need or even to yourself! I've visited https://write-my-essay.online website to get my essay online and have free time to prepare some gifts for my parents.