Why Aren’t There More Women in Politics?

NPR recently aired a story about female lawmaker’s representation state by state. According to the story, Colorado has the most women; female lawmakers make up 42% of that total. Wyoming had the least, with women only representing 13% of state lawmakers.

NPR’s experts suggested that term limits in Colorado and a female-friendly party leadership were behind their high number of female legislators, whereas a change in Wyoming from multi-member to single-member district in the 1990s was unfavorable to women (because voters have to pick only one and tend to lean toward men when they have to make hard choices). The story also mentioned voting rules and the difficulty of balancing home, work, and lawmaking responsibilities.

In fact, sociologists have been studying this issue in depth for some time and a few years ago Deborah Carr summarized the reigning wisdom on why women are less likely to be politicians. She highlighted six factors to explain the gender gap in the US Congress: 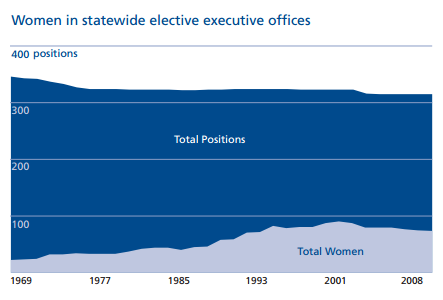 To improve female participation in politics, we should promote more gender-neural political environments. Political parties should take further steps to recruit and support female candidates, as Colorado seems to be doing. We should repeatedly encourage women to run for office since they take a lot of encouragement before they seriously consider launching candidacies. More importantly, we need to seed the pipeline by encouraging young girls to get involved in student government and see governing as compatible with their interests and abilities.

Sangyoub Park, PhD is a professor of sociology at Washburn University. His research interests include social capital, demographic trends, and post-Generation Y.

I think you mean neutral, not neural...
"To improve female participation in politics, we should promote more gender-neural political environments. Political parties should take further steps to recruit and support"

I'm running a study on gender disproportion in politics. I'm starting simply by asking why there aren't as many women in politics as there are men. I found this article to be very helpful! And I think Deborah Carr got it right in her assessment of why this is. The question I have is: " Do you have a source indicating to what degree each of Carr's six points affect female representation in Government?" I worry that there is a tendancy to give more weight to sexism and wealth inequality, whereas other factors take back seat. I think there is a right way and a wrong way to approach the issue, quotas and such being the wrong way. (not to say there's no place at all for them) Anyways, any response would be greatly appreciated. Thanks! I hope one day we'll see equal representation.