Super Sunday: An Introduction to the Mardi Gras Indian

Indian tribes mask together groups, often family and pseudo-kin. It used to be an all-male activity, but now women are heavily involved (as “big queens” to the male “chiefs”), and children make regular appearances. Their tough faces are part of the performance, as one of the most well-known mottos of the Indians is “Won’t bow, don’t know how.” These are some of my photos: 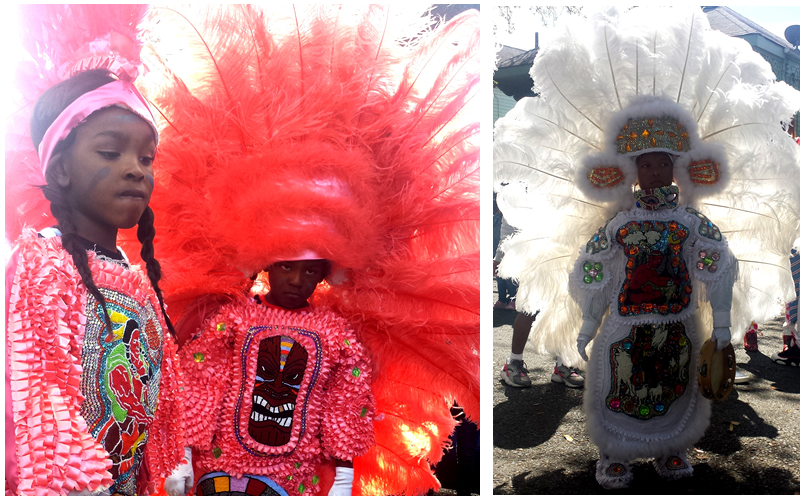 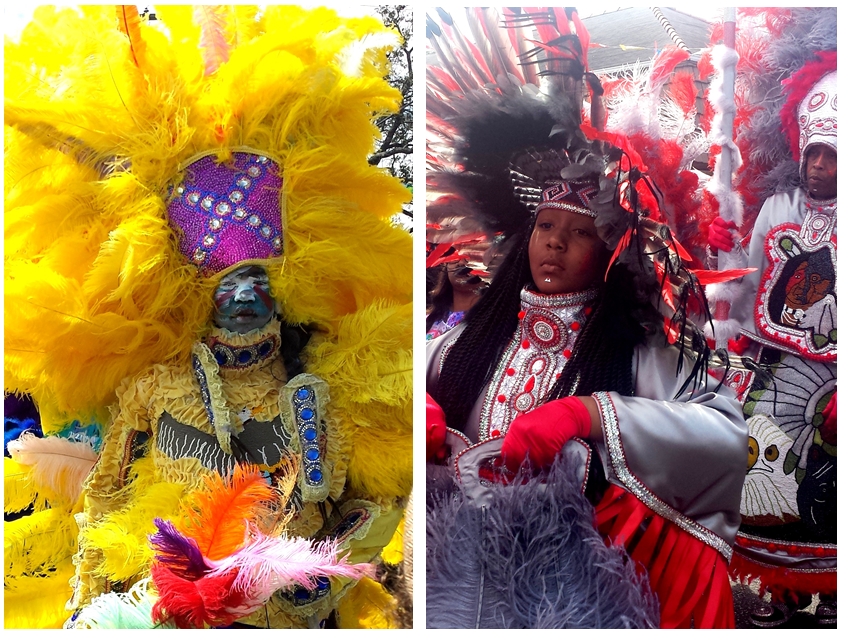 Originally the intent was to honor the local Native Americans who took in and rescued escaped slaves in the mid-1700s, though they probably took some inspiration from the “Wild West”-style entertainment that was popular at the time. Until the ’60s, tribes sometimes engaged in violent conflict, but today they encounter each other in order to perform ritualized non-violent conflict resolution, fighting only over who is “prettiest.”

With the exception of Super Sunday, when the Indians go out, it’s not a show. It’s a tradition by and for their own communities and one has to be “in the know” to know where to see them. They’ve been largely left out of tourist attraction-type activities for this reason, and because they’re almost entirely African American and New Orleans has only recently embraced it’s multicultural history and present as part of its appeal.

Still, their elusiveness makes them tourist-resistant and even Super Sunday doesn’t attract many tourists because the event is rescheduled at any hint of rain (because, feathers). 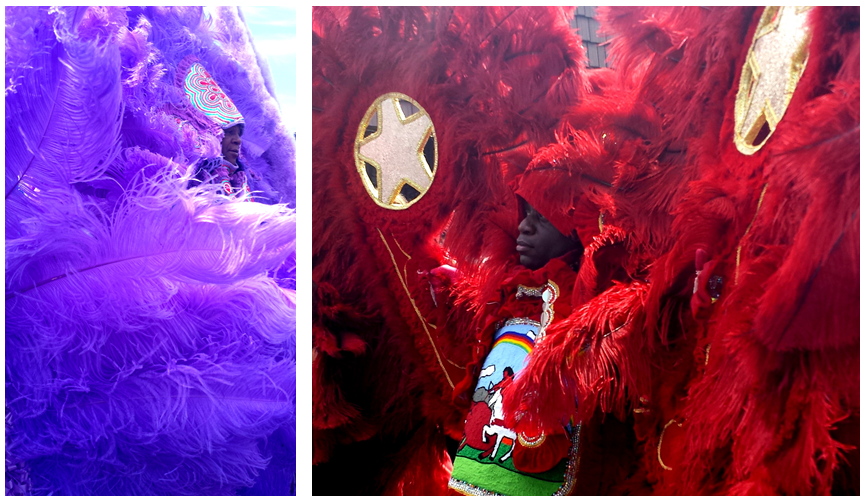 Sociologically speaking, there are lots of fascinating directions to go from here — including the intersection of power, cultural borrowing, and the evolution of artistic vernacular — and I’ll try to get to them in future posts.