Trump’s is not the first penis in presidential politics

At the history of sexuality blog Notches, Rachel Hope Cleves reminds us that this isn’t the first time the size of an American president’s penis has been politicized.

Thomas Jefferson defended the size of American men’s penises, including presumably his own, in Notes on the State of Virginia, published in 1785. He was countering a claim made by naturalist Comte de Buffon, who argued that the American climate shrunk men’s genitals and made them asexual and impotent.

“Poppycock!” wrote Jefferson (I’m paraphrasing), but literally, he said, the Native American, as well as transplants to the continent, was “neither more defective in ardor, nor impotent with his female.”

Jefferson’s penis would later become the subject of political scandal after America learned that a woman he enslaved, Sally Hemings, had given birth to several of his children. A cartoon portrayed him as a cock — and Hemings as a hen — this time suggesting that Jefferson was too virile to be president. 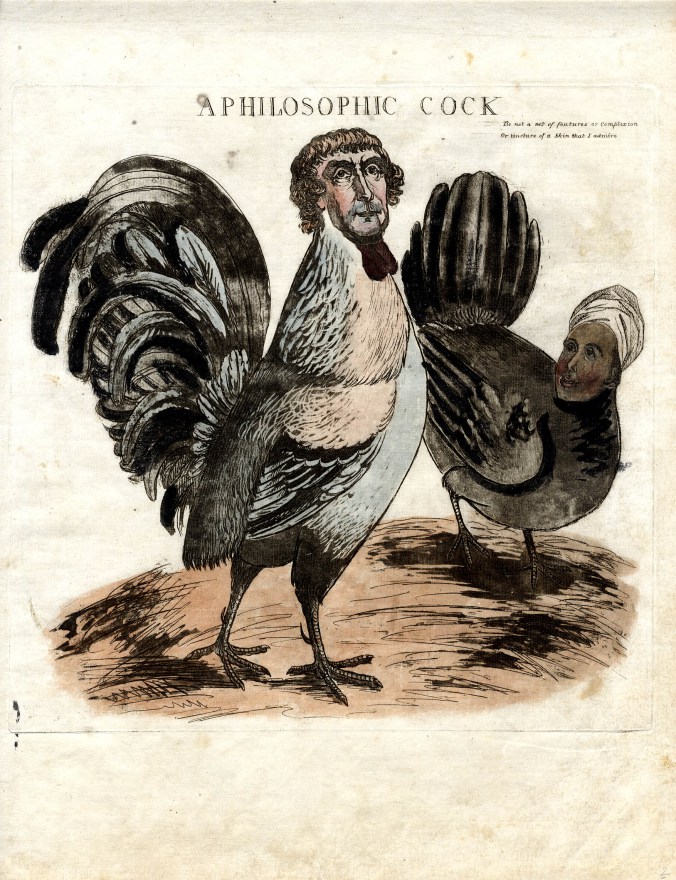 Whether Trump is too virile, or not virile enough, is still up for debate.