Joan Jacob Brumberg’s fantastic book, Fasting Girls: The History of Anorexia Nervosa, is an excellent example of the benefits of sociologically-inspired history.  Brumberg begins by explaining that girls who starved themselves have been recorded in many historical epochs, but the way in which societies have made sense of that starvation has varied.

Today we medicalize self-starvation; we call it a mental illness and we name it “anorexia nervosa.”

In Medieval Europe, fasting girls were labeled with the term “anorexia mirabilis”; these girls were seen as miracles, able to survive on spiritual devotion alone. During the Victorian Era, people would pilgrimage to these fasting girls and leave offerings.  A famous fasting girl could be a financial boon to a struggling family. 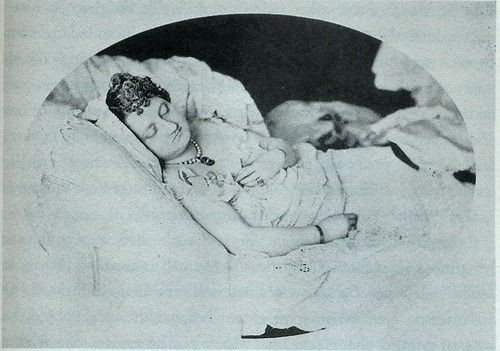 During the nineteenth century, medical doctors and psychiatrists (who generally saw religion as a threat to their nascent authority) argued that the fasting girls were impossibilities, that no one could survive without food. The competition between medicine and religion became so intense that doctors became intent on proving that these fasting girls were not surviving on holiness, but were sneaking food. In several cases, doctors staked out fasting girls, watching her to make sure that she did not eat, and these girls, relentless in the illusion, sometimes died.

In any case, I thought of Brumberg’s book when I came across a story about Prahlad Jani, an Indian man who claims that he has not had any food or drink for 70 years, surviving on “spiritual life force” instead.

In 2003 and 2010, Jani’s claims were tested by physicians. In the latest round, Indian military scientists held him in a hospital, watching him to ensure he did not eat or drink.  Unlike the doctors in the Victorian era, however, who wanted the girls to fail, these doctors think Jani might hold a secret that will be useful for the military and they’re hoping that, by watching, they will be able to discover it.

They released him after 15 days. As they did in 2003, they said that his tests came back normal despite complete abstinence from food and water.

please. that man is a fraud.

We "medicalize" anorexia nervosa for good reason: it's a real health concern. People die from it every day. Obsessive fasting is far from trivial.

And yes, that guy is a fraud. And he will die like everyone else if he continues fasting. Since when does the study of social sciences involve willful ignorance of the hard sciences?

Er...I think the "here's hoping he's less stubborn..." line indicates that the OP's money is on the side of medical science.

I'd just like to point out that the current definition of Anorexia Nervosa, according to the DSM-IV, involves an obsession w/body weight & thinness and a highly disturbed body image. I'm not quite sure if the man in the above article, as well as the "fasting girls" that Brumberg wrote about, would be diagnosed with the current definition of anorexia... but yes, I see point of this article.

Interesting article. Can you do one about self-injury?

YOU TWO HAVE FUN NOW.

YES I ONLY COMMENTED BECAUSE OF THE SIMILAR NAMES.

BECAUSE IT'S IMPORTANT THAT'S WHY

That book is fantastic; I can't recommend it enough. Makes me wonder how fasting will be viewed in another 100 years.

There were tests conducted on that guy before by the Indian government and it is pathetic. The researchers really want to believe the guy.

He is allowed gargling and bathing. In testing to see if a man can go without water it would be a good idea to not let him gargle. He bathes pouring a bucket of water down his head, which is also really suspicious.

His feat of going without food for 15 days is nothing special either, as it is known that people can go that long without eating anything. If the guy is already used to starvation it is even easier for him.

My hypothesis: this group of doctors are Hindutva types (right-wing Hindu nationalists). Whether they are the perpetrators of the fraud or not, they are certainly not hesitating to put out propaganda that Indian yoga is capable of giving people nothing short of magical powers. Not only that, but they don't hesitate to extend this to suggest that it will be the glorious Indian civilization that will use these magical powers to explore outer space (and hence India will show its superiority to any other civilization).

Lapses in critical thinking are endemic to people who are desperate for the prestige of science to validate their chauvinistically held religious/cultural identity. Hindutva is one of the most conspicuous offenders, although by no means the only one, because so many of its adherents are shockingly well-educated.

Anyway, India loves a good sensation (especially one based around saints and holy men). There will be people who will continue to believe this even if it's demonstrated as a hoax, and who will still throw their money as donations to the holy man and/or to the hospital.

This is very interetsing. It is my understanding that Anorexia, while it does have ties to body image problems, is inherently a mental illness about control. The people who have anorexia not only want to be thin, but they want to be in control of some aspect of their life (many other areas of their lives may be too messy, stressful or chaotic; this is the only way they feel like they're empowered and can control something...quite often by extension, they end up exerting considerable control over other people as well). It is also fairly common for classic anorexics to be obsessed with being "perfect" and being "ethereal" (rather than corporal). I think the comparison to spiritual devotion can clearly be made. So is this man also exerting a type of control (like religious adherence?) I would say the root psychology of anorexia nervosa and anorexia mirabilis may be very similar (if not the same).

[…] Restrictive eating disorders have been documented as far back at the 13th and 14th century, intertwined with the predominant ideals of faith, holiness, and purity during that time. Instead of engaging in self-starvation for the pursuit of perfection/thinness as many women currently do, women during the Renaissance were starving themselves in hopes of achieving the status of sainthood or becoming closer to God. They were seen as miracles – as if they were “surviving on the substance of faith alone” and as though their deprivation raised them up on a spiritual plane of existence. Suffering from what we currently call Anorexia Mirabilis (also known as a “miraculous loss of appetite”), this condition has a lot in common with modern-day restrictive eating disorders – even when accounting for the variance in cultural context. (source) […]

Next time you miss out on your TV Vidmate program or movie, just use this app and watch it at your convenience.

Life on the job for the https://tutuappx.com/ end to quiet for life long process.

Thank you, that's what I really need and looking for

I agree with your comments, it is really useful for users. Thank you! word counter

thank you for this i was looking this!
gta 5 for android

Modern technology has played an important role in ensuring that everyone has access to the best programs today. Snapseed Mod APK If we look back a long time ago, we didn’t have the tools or applications we used to make our moments special.

There were tests conducted on that guy before by the Indian government and it is pathetic. The researchers really want to believe the guy.

He is allowed gargling and bathing. In testing to see if a man can go without water it would be a good idea to not let him gargle. He bathes pouring a bucket of water down his head, which is also really suspicious.

His feat of going without food for 15 days is nothing special either, as it is known that people can go that long without eating anything. If the guy is already used to starvation it is even easier for him.

FMWhatsApp | His feat of going without food for 15 days is nothing special either, as it is known that people can go that long without eating anything. If the guy is already used to starvation it is even easier for him.