Aren’t the poor comparatively rich? The fallacy of faulty comparison

Opponents of government aid to the poor often argue that the poor are not really poor. The evidence they are fond of is often an inappropriate comparison, usually with people in other countries: “Thus we can say that by global standards there are no poor people in the US at all: the entire country is at least middle class or better” (Tim Worstall in Forbes).  Sometimes the comparison is with earlier times, as in this quote from Heritage’s Robert Rector: “‘Poor’ Americans today are better housed, better fed, and own more property than did the average US citizen throughout much of the 20th Century.”

I parodied this approach in a post a few years ago by using the ridiculous argument that poor people in the US are not really poor and are in fact “better off than Louis XIV because the Sun King didn’t have indoor plumbing.” I mean, I thought the toilet argument was ridiculous. But sure enough, Richard Rahn of the Cato Institute used it in an article last year in the Washington Times, complete with a 17th century portrait of the king: 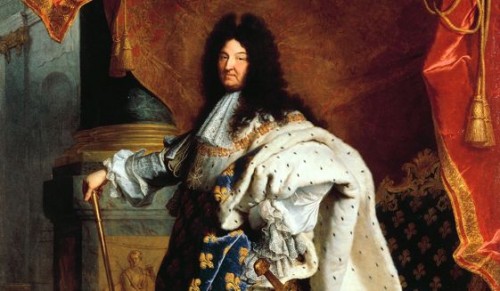 Louis XIV lived in constant fear of dying from smallpox and many other diseases that are now cured quickly by antibiotics. His palace at Versailles had 700 rooms but no bathrooms…

Barry Ritholtz at Bloomberg has an ingenious way of showing how meaningless this line of thinking his. He compares today not with centuries past but with centuries to come. Consider our hedge-fund billionaires, with private jets whisking them to their several mansions in different states and countries. Are they well off?  Not at all.  They are worse off than the poor of 2215.

Think about what the poor will enjoy a few centuries from now that even the 0.01 percent lack today. … “Imagine, they died of cancer and heart disease, had to birth their own babies, and even drove their own cars. How primitive can you get!”

Comparisons with times past or future tell us about progress. They can’t tell us who’s poor today. What makes people rich or poor is what they can buy compared with other people in their own society. To extrapolate a line from Mel Brooks’s Louis XVI, “It’s good to be the king . . . even if flush toilets haven’t been invented yet.”

And you needn’t sweep your gaze to distant centuries to find inappropriate comparisons. When Marty McFly in “Back to the Future” goes from the ’80s to the ’50s, he feels pretty cool, even though the only great advances he has over kids there seem to be skateboards, Stratocasters, and designer underpants. How would he have felt if in 1985 he could have looked forward thirty years to see the Internet, laptops, and smartphones?

People below the poverty line today do not feel well off  just because they have indoor plumbing or color TVs or Internet connections. In the same way,  our 1% do not feel poor even though they lack consumer goods that people a few decades from now will take for granted.

The Washington Times and the Cato Institute lean way right. In my opinion, no one should take them seriously.

Comparatively, your argument just doesn't seem to have the strength or pith of the counter-argument. Why not just consider relative deprivation? Seems like a stronger case.

I think where this gets tricky is at the thresholds of well-being. Our poor don't live in constant danger of famine and pestilence, as the poor elsewhere in space and time did/do. Arguably this is not a relative difference but an absolute one - securing life is transformative in a way that having a flush toilet or a cell phone aren't. I think the Right therefore has a coherent argument if they want to claim that there's no moral requirement to distribute the 'extras' of a society, whatever they are, after basic survival needs have been met, and the Left has to be ready to respond to that better version of the argument.

So its all how you look at it.