A Sociology of Dirt and Disorder 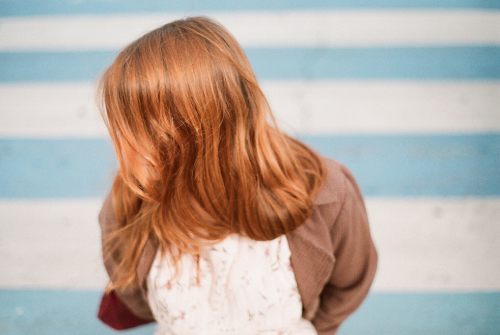 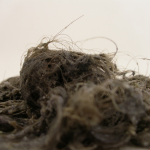 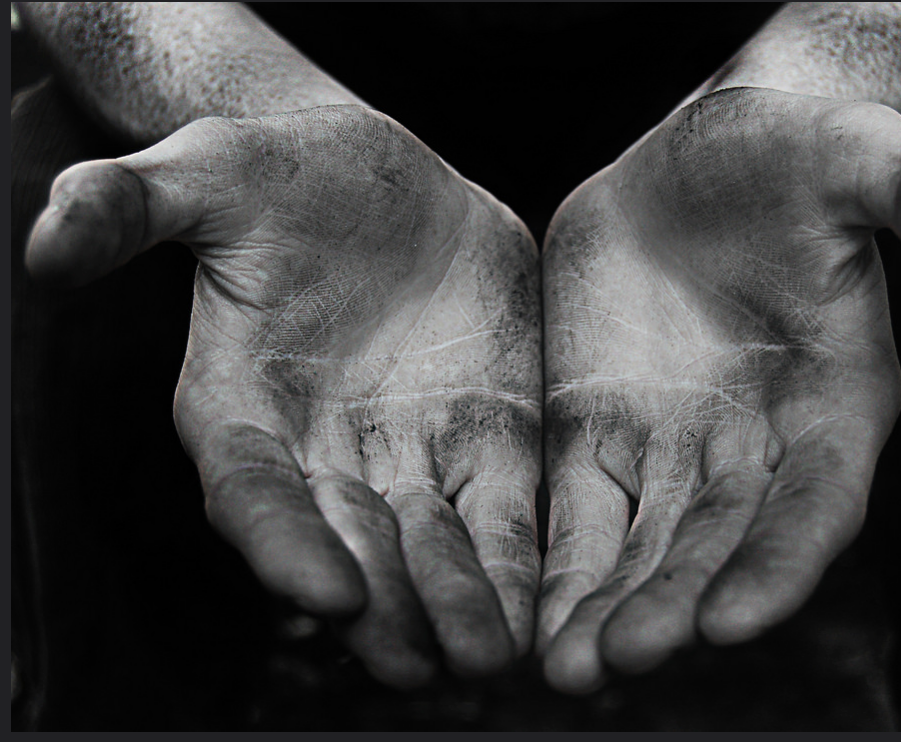 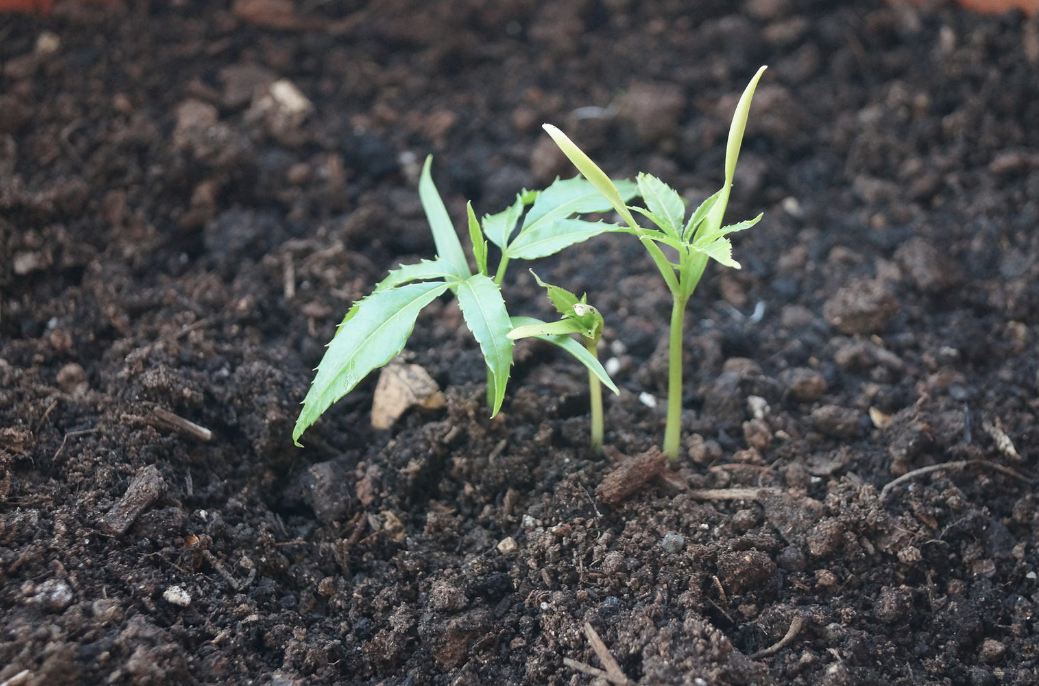 In the classic book, Purity and Danger (1966), Mary Douglas points to the social construction of dirt. She writes:

There is no such thing as absolute dirt: it exists in the eye of the beholder.

If dirt and dirtiness is socially constructed, what do things we identify as dirt, filth, rubbish, and refuse have in common?

Douglas suggests that dirt is really a matter of disorganization. Literally, that a thing becomes dirt or garbage when it is out-of-place. “Dirt,” she writes, “offends against order.”

Eliminating it is not a negative movement, but a positive effort to organise the environment.

I chose the images above to try and illustrate this idea. Hair in the drain, like dirt on our hands, is out-of-place. It doesn’t belong there. In both cases, our reaction is disgust. Hair on the head, in contrast, is beautiful and becoming, while dirt outside is life-giving soil and part of the beauty of nature.

I actually dislike long hair and I think it's gross. Especially when long-haired women (or guys) are in the kitchen, making food and not bothering to cover their hair. I always freak out when I see hair in my food.

also, I hate seeing hair in the shower, so I always wear slippers.

(I have very short hair, for the record)

but re: the last photo, I don't mind soil. I love the smell of dirt/soil.

Over the weekend, my family and I watched a Mythbusters episode in which the team was testing jail house ropes made of bedsheets, toilet paper, and hair. It was very strange to us that the rope of hair was constantly called "gross" or "disgusting". This was clean, salon-provided human hair that they were using, sorted in bound ponytails.
My children and I were terribly confused about this. Why is human hair considered gross? We counted at least 10 times where the presenters made comments about the hair in this way, but no one ever questioned or explained what exactly they thought was gross about the hair.
It's even stanger coming from this television show. They do some things on there involving exploding animal stomaches. And somehow "rope made from human hair" made the "gross" list.
Maybe it's simply the "put of place" idea.

Sociologist Michael Thompson writes about a similar thing in his Rubbish Theory. I think he's much more well known among designers and art people than sociologists.

We are disgusted from anything organic, because it doesn't match the sterile urban environment. In a way, this leads to disgust from our own body, and then this leads to other perversions.

I don't think it is accurate to call disgust with dirt a social construction. It has social aspects, but is not necessarily a construction. You may be right that there are particular notions about what is disgusting that vary, but there are a wide range of things that are found to be universally disgusting regardless of culture. It's most likely that a general aversion to dirt has an evolutionary origin. I know that here there's a lot of hostility to sociobiological theories of behaviour, but if anything is going to have such an origin I think it's going to be aversion to dirt. Dirtiness is associated with mold, bacteria, and disease so it makes sense that people who find dirt disgusting will be healthier.

Here's a readable article with a more coherent argument:
http://jech.bmj.com/content/61/8/660.full

I remember taking an environmental geology class in college where we were told the difference between dirt and soil is that soil is able to sustain life, while dirt is not, a principle which appears to be echoed in the photographs. That being said, yes, we have watched standards for and perceptions of cleanliness increase in some fairly unhealthy ways over the years.

Weird- I JUST used Purity and Danger as a source in a paper on Titus Andronicus.

my friend had a tree in the middle of her house, with soil and everything, growing right inside. I thought it was the coolest thing ever. Come to think of it, I new an older lady with a tree growing inside her house as well. It's not too common is it?

What's weird to me is how inconsistent our attitudes seem to be. Human hair when removed from the head seems gross to many people. But animal hair doesn't seem to bother most people -- we wear wool sweaters and fur coats (unless we have a moral objection to them, but that's different than feeling grossed out by them). Even my cat's hair on the couch doesn't gross me out as much as my own hair in the bathtub.

Mold is another funny one. I have a near phobia of mold in my house, but I love blue cheese.

This post begs for the inclusion of Oscar the Grouch, the character who first taught me about the sociological construction of dirt as dirty.

I don't really find hair that is no longer attached gross/dirty. But when it is wet (like in the shower), it becomes more like spider webs - annoying little sticky strands of stuff that won't get off your leg, arm, whatever.

Also, some people don't see attached hair as clean. I once knew a guy who never washed his hair. Everyone could tell and no one wanted to touch it. It didn't smell to nice either.

Anywho, so there could be other reasons why we like/don't like things besides seeing it as dirty/clean.

I feel like part of the drain-hair thing is that drain hair tends to act like a horrid little spongy net in your shower drain, collecting everything that you wash off of yourself - including dead skin cells, dried sweat, coal dust if you're a chimney sweep, whatever. We wash those things off of our bodies because we consider them unhygienic, or at the very least undesirable. I'm down with that - for a long time, in fact, body odor has been considered an undesirable thing (just, people used perfume to cover it for a long time, instead of bathing). If there's fallen-out-hair on my sweater or something like that, I don't really worry about it, and neither does anyone else: usually we just pluck those off and move on without getting grossed out.
Part of the aversion to large quantities of people-hair is that it's a dead part of something that people can associate with. Chinchilla fur coats (which I *abhor*, for the record) are more socially acceptable than people hair coats because we don't see the coat and think "that could be a part of me". Plus, we tend to like animal furs because of how soft they are - you don't catch many people wearing boar-skin coats, because they're coarse. Human hair is pretty coarse as compared to the animal hairs that we find appealing, so we don't get pleasure from the look and feel of it.

Interesting. I find spit disgusting. Not saliva, spit. I can kiss my husband with no problem but won't eat from a fork he has used, for example. I breastfed my kids, but the idea of expressed or vomited breast milk disgusts me.I can put a pricked finger in my mouth, but if the same drop of blood were to fall to the table I'd vomit if I had to consume it. I concluded pretty much the same thing- once something is where it doesnt belong, its nasty. Body fluids especially are nasty once they have left the body.

Start spitting in a small glass. After a few minutes open your mouth and drink your own spit. Gross?

[…] classic book, Purity and Danger, Mary Douglas addresses of the social construction of impurity and dirt. She argues that dirt, much like chaos, is anything that is out of place. She writes, “There is […]