Medicare vs. National Health Care: How U.S. Seniors Do in Cross-National Perspective

“We need to get rid of Obamacare,” says Ed Gillispie in a NYT op-ed. The reason: Obamacare’s “gravitational pull toward a single-payer system that would essentially supplant private insurance with a government program.”Gillespie, who lays out his credentials at the start of the article – he ran for Senate in Virginia and lost – notes that Obamacare is unpopular. But he omits all mention of a government-run single-payer system that happens to be very popular – Medicare. No Republican dare run on a platform of doing away with it. Gillespie himself accused Obamacare of cutting Medicare, a statement that Politifact found “Mostly False.”

So how are seniors doing? Compared to their pre-Medicare counterparts, they are  probably healthier, and they’re probably shelling out less for health care. But compared to seniors in other countries, not so well. A Commonwealth Fund survey of eleven countries finds that seniors (age 65 and older) in the U.S. are the least healthy – the most likely to suffer from chronic illnesses.* Over half the U.S. seniors say that they are taking four or more prescription drugs; all the other countries were below 50%: 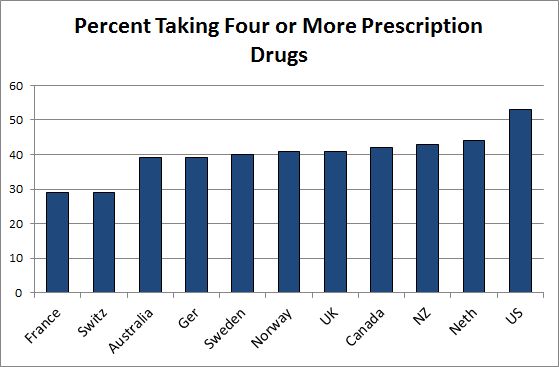 And despite Medicare, money was a problem. Nearly one in five said that in the past year they “did not visit a doctor, skipped a medical test or treatment that a doctor recommended, or did not fill a prescription or skipped doses because of cost.” A slightly higher percent had been hit with $2,000 or more in out-of-pocket expenses. 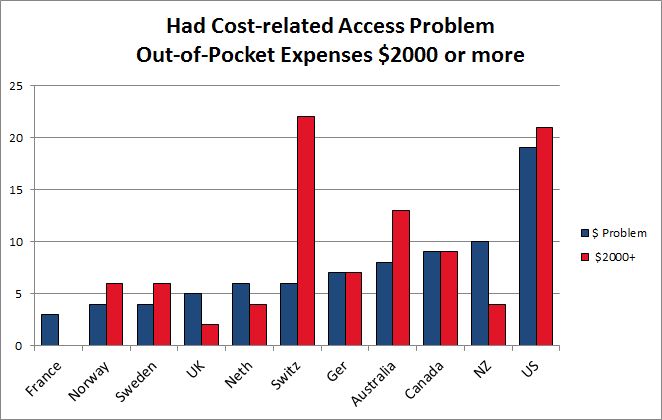 In those other countries, with their more socialistic health care systems, seniors seem to be doing better, physically and financially.  One reason that American seniors are less healthy is that our universal, socialized medical care doesn’t kick in until age 65. People in those other countries have affordable health care starting in the womb. Critics of more socialized systems claim that patients must wait longer to see a doctor. The survey found some support for that. Does it take more than four weeks to get to see a specialist? U.S. seniors had the highest percentage of those who waited less than that. But when it came to getting an ordinary doctor’s appointment, the U.S. lagged behind seven of the other ten countries. 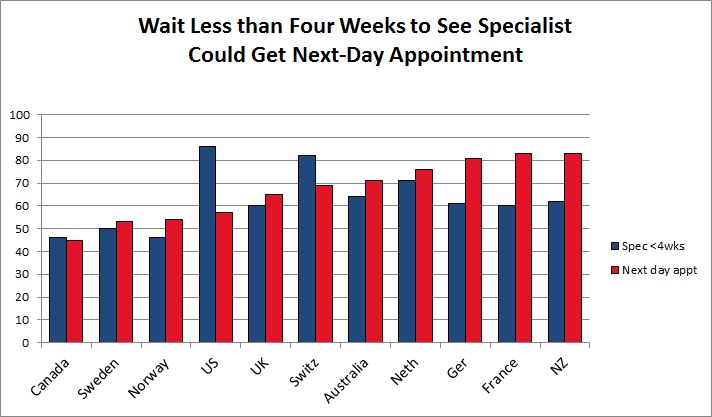 There was one bright spot for U.S. seniors. They were the most likely to have developed a treatment plan that they could carry out in daily life. And their doctors  “discussed their main goals and gave instructions on symptoms to watch for” and talked with them about diet and exercise. 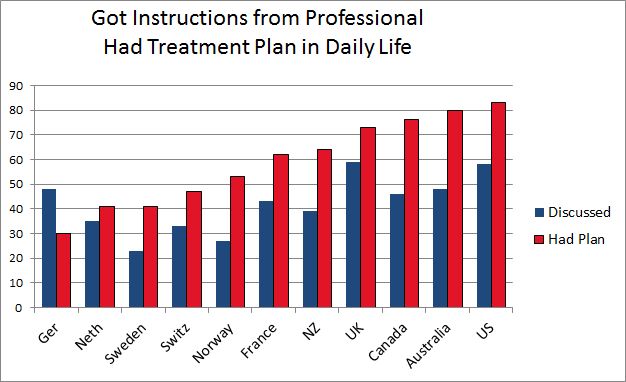 Gillespie and many other Republicans want to scrap Obamacare and substitute something else. That’s progress I suppose. Not too long ago, they were quite happy with the pre-Obamacare status quo. Throughout his years in the White House, George Bush insisted that “America has the best health care system in the world.” Their Republican ideology precludes them from learning from other countries. As Marco Rubio put it, we must avoid “ideas that threaten to make America more like the rest of the world, instead of helping the world become more like America.”

But you’d think that they might take a second look at Medicare, a program many of them publicly support.* Includes hypertension or high blood pressure, heart disease, diabetes, lung problems, mental health problems, cancer, and joint pain/arthritis.

The idea that the rest of the world might become more like America keeps me up at night.

Today's older Americans suffer from the italicized diseases above because they smoked for 40 years, drank too much, ate greasy/sugary crap and are fat. Becoming Sweden can't fix that.

I wonder if these statistics could be biased by a higher diagnosis rate in the US. The DTC marketing of pharmaceuticals is also a likely driver of their increased use in the US. The finances of medicine aren't the only difference between the US and these countries.

I think Obamacare’s health care system the world is moving towards improvements. It is a good national health plane

Hey!
I think Obamacare’s health care system (medical answering service) the world is moving towards improvements. It is a good national health plane