Chart of the Week: The Business of Halloween

The National Retail Federation estimates that Americans will spend $7.4 billion dollars celebrating Halloween this year. In total, 74% of households will buy something for Halloween and, among those, the average will spend $125.

There’ll be a bumper crop of pumpkins, more than ever before, and worth about $149 million dollars. 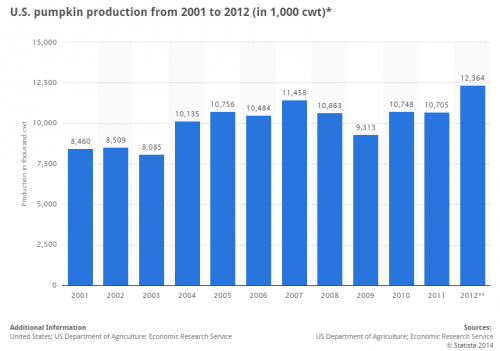 A full two-thirds of the population will buy a costume, spending an average of $77.52 each. That’s a record in terms of both spending and the sheer number of costumes sold. 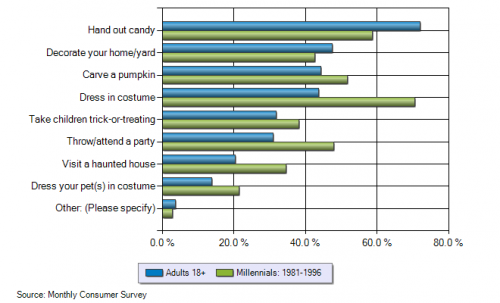 Interestingly, the holiday has evolved from primarily a children’s holiday to one celebrated by adults, especially millenials. Less than half of the money spent on costumes is going to costumes for children. Adults dress up (to the tune of $1.4 million) and their dress up their pets ($350 million). They also throw parties for other adults and patronize bars and clubs, which increasingly feature Halloween-themed events, food, and drinks.

This holiday, as enjoyed today, seems to be an American invention perfected by baby boomers throughout their lives. (I know the All Hallows Eve stuff and early reactions against trick-or-treat and that's not what it is today.) I mark the first parade in Greenwich Village in 1974 as the coming out of Halloween from a children's thing to mainstream.

Great holiday--I'm glad it's an economic success too and that other countries have picked up on the fun!