A Simple Lesson on the Social Construction of Race

The images below are all screen shots from the fantastic American Anthropological Association website on race.  They are designed to show how we take what is in reality a nuanced spectrum of skin color and turn it into racial categories.  In this first image, they show how we could, conceivably, separate human beings into short, medium, and tall based on height: 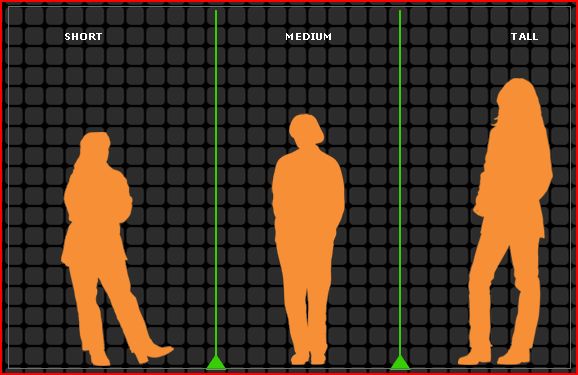 In this second image, they show how, by adding two additional figures, both taller than the tallest in the previous image, the way in which we designate people can easily change. 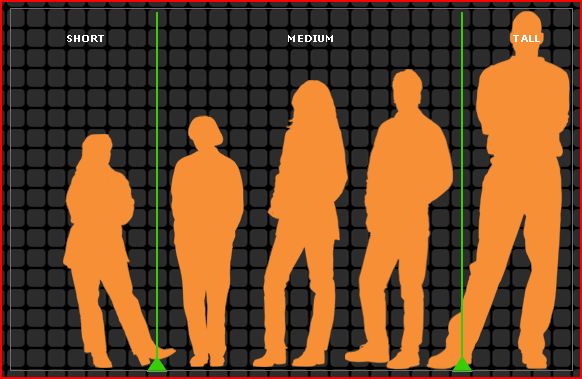 And this third image demonstrates how, when we actually consider all potential heights, where we draw the line between short and medium and medium and tall is arbitrary and, ultimately, not very useful. 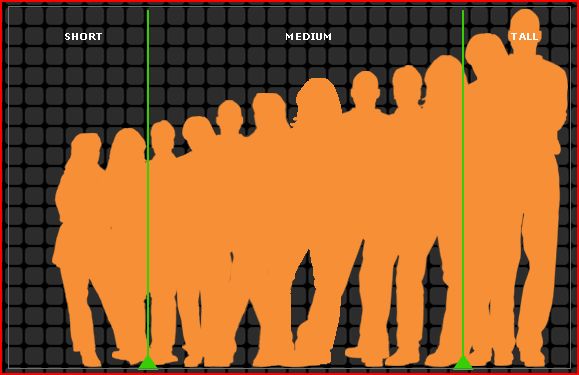 Skin color is like height.  If we just look at three groups with very different skin colors, there appears to be a significant and categorical difference between those three groups of people. 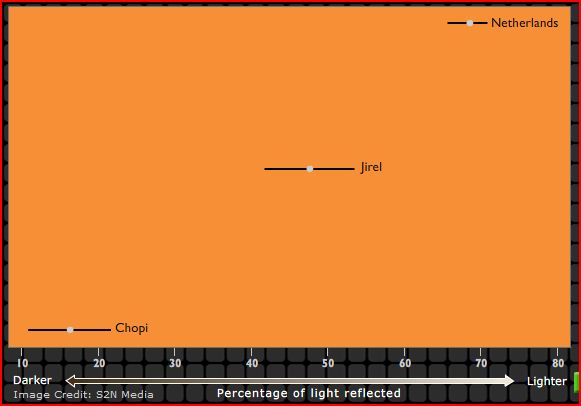 But, if we consider a wide range of people, it becomes clear that skin color comes in a spectrum, not in categories (such as the five from which U.S. citizens are forced to choose on the census). 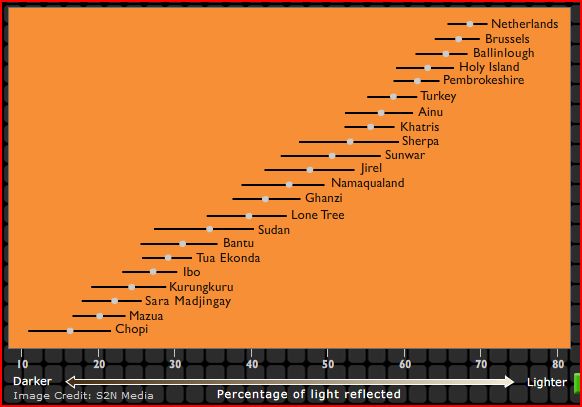 Much more on the social construction of race at our Pinterest board.

I find it ironic how the association between the first two and latter two images perpetuates rather than destabilizes certain discriminatory perceptions. It is so easy to get the "the lighter, later, greater" image even in the absence of x-y coordinates.

As an Anthropology student, I am just getting into a discussion on race in my one course and think this is so fascinating!

[...] a great opportunity to think a little bit about the social construction of race (see also here, here, here, and here).  Comments from both me and Gwen after the [...]

On skin colour and other visible features — in society at large | Toban Black — November 2, 2008

[...] at the Sociological Images blog - “A simple lesson on the social construction of race” (… “if we consider a wide range of people, it becomes clear that skin color [...]

The Census and the Social Construction of Race » Sociological Images — March 29, 2010

[...] more on the social construction of race, start with this simple lesson, then see these great posts: black and white twins! wha’!?, Obama looks just like his white [...]

Who am I arguing with now? Vacation edition « Unamusement Park — June 3, 2011

[...] gets worse. Sharp links another article for support, this one by Sociological Images co-author Lisa Wade (a feminist pseudo-scientist at [...]

Unamusement Park » Blog Archive » Who am I arguing with now? Vacation edition — July 6, 2011

[...] gets worse. Sharp links another article for support, this one by Sociological Images co-author Lisa Wade (a feminist pseudo-scientist at [...]

I never saw race as being based on skin color since there is such great overlap in skin color among peoples of different races.

Nobody thinks that Vijay Singh is black in the US way, i.e. Afro-American. This despite his skin color being darker than the President's. Singh has straight hair and angular features (to take just two of the more obvious signals which denote where the majority of his ancestors came from).

In short, not only is the spectrum analogy bad, but this post ignores race (or 'large continental population' or whatever term you want) is evident on multiple axes.

Classified: My Frought Journey Into Little Boxes | Our Journey — April 29, 2015

[…] here is a great blog post. It really gets to the heart of what I’m struggling with […]

Race & Communication (Listening) – American Construction of the Self — December 9, 2018