While the first flight attendants were male and many early airlines had a ban on hiring women, flight attending would eventually become a quintessentially female occupation.  Airline marketers exploited the presence of these female flight attendants.  Based on my reading — especially Phil Tiemeyer‘s Plane Queer and Kathleen Barry’s history of flight attendants’ labor activism — there seem to have been three stages.

First, there was the domestication of the cabin.  As air travel became more comfortable (e.g., pressurized cabins and quieter rides), airlines were looking to increase their customer base.  Female “stewardesses” in the ’40s and ’50s were an opportunity to argue that an airplane was just like a comfortable living room, equally safe for women, children, and men alike.  Marketing at the time presented the flight attendant as if she were a mother or wife: 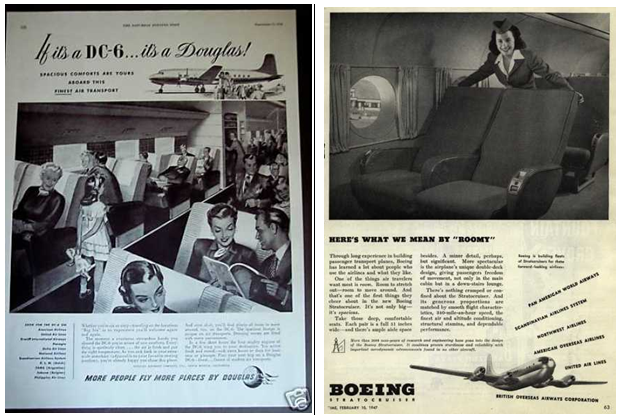 Twenty years later, air travel was no longer scary, so airlines switched their tactics. They sexualized their flight attendants in order to appeal to businessmen, who still made up a majority of their customers. Here’s a ten-second Southwest commercial touting the fact that their stewardesses wear “hot pants”:

The intersection of the labor movement and women’s liberation in the ’60s and ’70s inspired women to fight for workplace rights. Flight attendants were among the first female workers to organize on behalf of their occupation and among the most successful to do so.  Their work won both practical and symbolic victories, like the discursive move from “stewardess” to “flight attendant” that transformed women in the occupation from sex objects to workers.  A quick Google Image search shows that the association — stewardess/sex object vs. flight attendant/worker — still applies. Notice that the search for “stewardess” includes more sexualized images, while the one for “flight attendant” shows more images of people actually working. 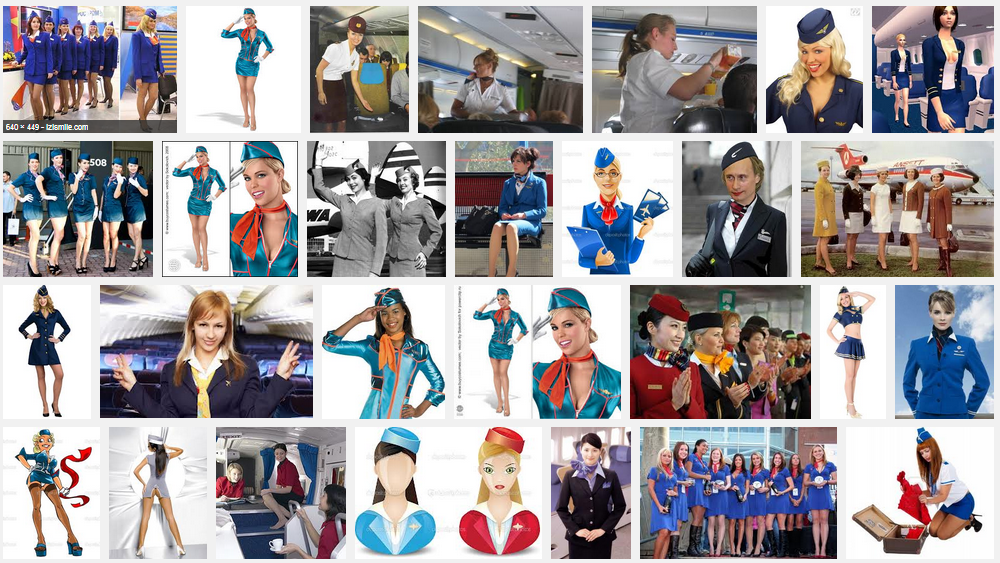 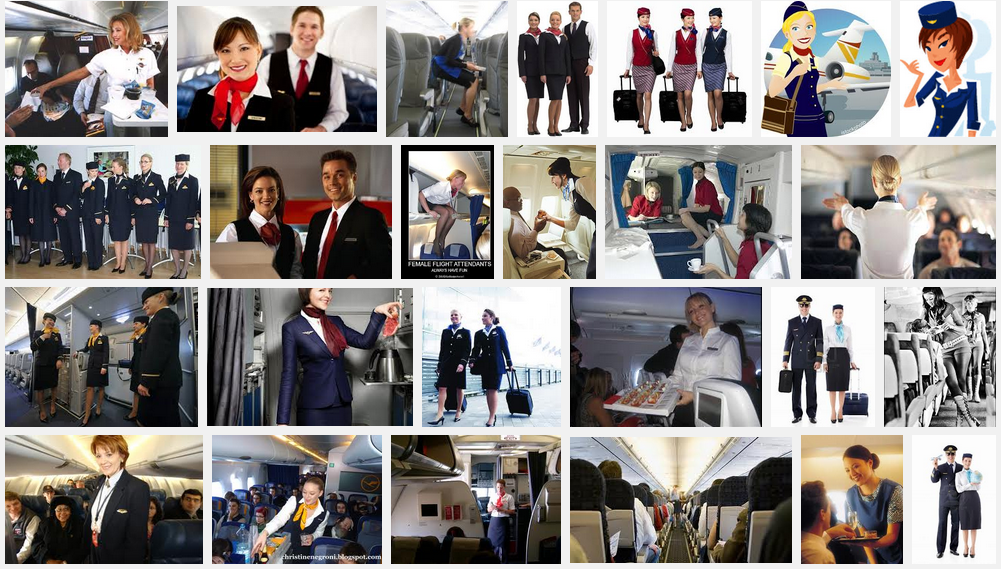 My impression is that today’s marketing tends to feature flight attendants in all three roles — domestic, sex object, worker — echoing each stage of the transformation of the occupation in the public imagination.

Cross-posted at The Huffington Post, Pacific Standard, and Work in Progress.

If your point is times change, no argument here! Of course I certainly wouldn't call them sex objects these days. You're just as likely to get an attitude as a smile. After deregulation, air travel is as luxurious as riding Greyhound. Couldn't we go back to better customer treatment and just forget the sexism?

So fascinating! I remember reading about this in grad school. When commercial flight became available, the former "dare-devil cowboy manly man" image of flight had to be replaced with safety and reliability, hence this kind of marketing for stewardesses. Also explains how commercial piloting became a whites only profession for a long time, as well as male.

My mother was a flight attendant back in the 70s and early 80s and told me stories about how all the flight attendants (all women at the time) had to be below a certain weight so they could fit into the tiny uniforms. They would actually stand in line to be weighed in front of each other and risked losing their jobs of they couldn't stay below a size 4. I'm happy to see that men are becoming flight attendants again, and that airlines are becoming a little more size inclusive, though it would also be nice to see more uniforms that allow the female flight attendants to wear pants.

It's all about social engineering and the role of the sexual revolution.

[…] as “feminine” occupations. Over at Sociological Images, Lisa Wade has a good post about the evolving image of the flight attendant, from a motherly figure meant to evoke at-home comfort in the air to sexualized object to […]