The Re-Victimization of Homosexual Targets of the Nazi Regime

A hundred thousand men and women identified as homosexuals were imprisoned during the Nazi regime. They were detained under a law known as “paragraph 175,” which made sodomy illegal.  Up to 15,000 were sent to concentration camps instead of prisons.  Nearly 2/3rds would die there.  The last surviving victim is believed to have died in 2011.

These men and women were not only victims of Nazi Germany, surviving torture in concentration camps, they were also denied validation as victims of the Third Reich.  They were classified as criminals upon release and included on lists of sex offenders.  Some were re-captured and imprisoned again.

The world went on to mourn the inhumanity of the Holocaust, but not for them.  Because they were designated as non-victims, and also because they were stigmatized sexual minorities, they were largely excluded from the official history of Hitler’s Germany. 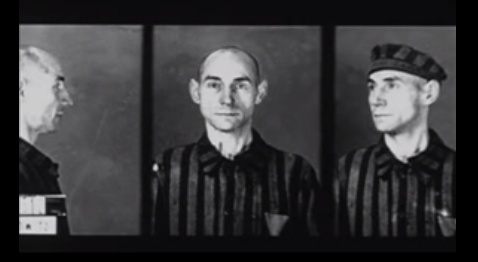 Seeking to give these men and women a voice, historian Klaus Müller interviewed several gay men and one lesbian around the year 2000.  At the time, there were fewer than 10 left alive.  Not one of the men and women imprisoned for being homosexual — alive or dead — had ever been officially identified as a victim of the Nazi regime.

The documentary, titled Paragraph 175, is one of the most heart-wrenching I’ve ever seen.  For some, it sounds as if this is the first time anyone — even members of their own family — has ever asked them about what happened.  Re-telling the stories of death and torture is obviously incredibly painful, as it would be for any survivor.

On top of this, however, is anger at their extended invisibility and continued oppression.  Many seem opposed to talking about it at all, saying that it’s too painful to re-live, but it is as if they can’t help it; they are at the end of their lives and facing, perhaps, their first and last chance to do so.  In the interviews, the anger, pain, survivor guilt, and relief mix together. It’s excruciating.

I was riveted, even as I desperately wanted to look away so as to avoid the emotions it brought out in me.  I can’t recommend it strongly enough.

I was shocked (while visiting Auschwitz) to see all of the groups of people you just don't hear about when the Holocaust is brought up. Homosexuals, Roma People, Intellectuals, Communists, the religious, the list goes on and on. The most surprising thing I learned was how much Hitler HATED Polacks. I found out that lots of Polish people are still resentful about the way the Holocaust is portrayed as a "Jewish tragedy" when just as many non-Jewish Poles were killed. I saw newspaper article after article (from the late 30's, early 40's) with tons of evidence of how much Hitler hated Polacks, thought they were the scourge of Europe, and wanted to exterminate them. He thought they were an inferior nation in general.

Was this information new to you? Are you also aware of the killing of gypsies and the mentally ill?

You speak of "men and women". Do you have any reputable evidence of National Socialist persecution of lesbians? As far as I am aware so far all serious historical research has failed to find evidence of that (or of the usual variant that lesbians were diguised as "asozial".) Obviously there were women who were persecuted for other reasons and happened to be lesbians like the Jewish woman interviewed in the film, but I still think that's a distinction worth making.

Retconning people into the Holocaust in the name of inclusiveness is problematic because it undermines the credibility of the history.

It's not just the post-1945 German government. Alan Turing is the best example of the postwar persecution of homosexual men by the British government, *and* Alan Turing made possible to decipher the Enigma ciphered communications of the Third Reich.

[…] The Re-Victimization of Homosexual Targets of the Nazi Regime […]

A hundred thousand men and women identified as homosexuals were imprisoned during the Nazi regime.

Only if you are on crack, I believe. Where did this number come from? How many sources and other numbers were consulted? Zero, I suppose.

Ridiculously bloated number, for sure.

And I wonder when they are going to make a documentary about the 100K or who know how many hundreds of thousands of homosexuals who were either in the Nazis or very supportive of the Nazis...

When reality doesn't follow The Narrative, simply omit it...

[…] The Re-Victimization of Homosexual Targets of the Nazi Regime | Sociological Images. […]