Animal Abuse, Oil Leaks, and the Freedom of the Press 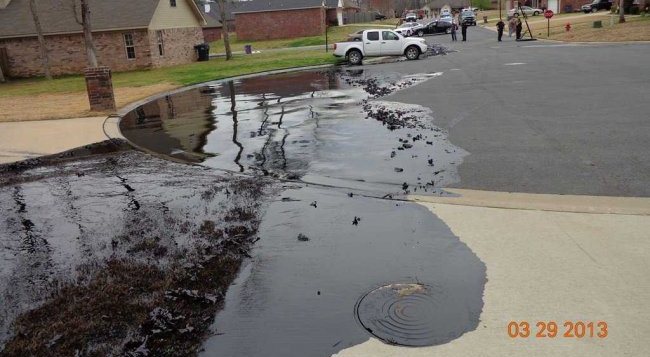 We all-too-often take for granted that photographs like this one, revealing the impact of an oil pipeline leak on Mayflower, Arkansas, will be able to inform us about the state of the world. In fact, such images are taken by actual human photojournalists whose rights of access are protected by the First Amendment establishing the freedom of the press.

This is a real thorn in the side of both corporations and governments that might prefer to control media’s access to embarrassing or illegal activities.  So, often they try to strong arm journalists, co-opt local officials, or pass (likely illegal) legislation designed to protect them from the free press’ gaze.  Here are two current examples.

First, Mother Jones reports that Exxon officials are making efforts to limit reporter access to the oil pipeline leak in Mayflower, Arkansas.  This is happening in at least two ways.  First, Exxon representatives and local law enforcement are blocking journalists from accessing the spill site, threatening  “arrest for criminal trespass.”  Second, BoingBoing reports that the Federal Aviation Administration (FAA) has instituted a temporary “no-fly zone” in the area of the spill.  Here’s a screenshot from the FAA’s website: 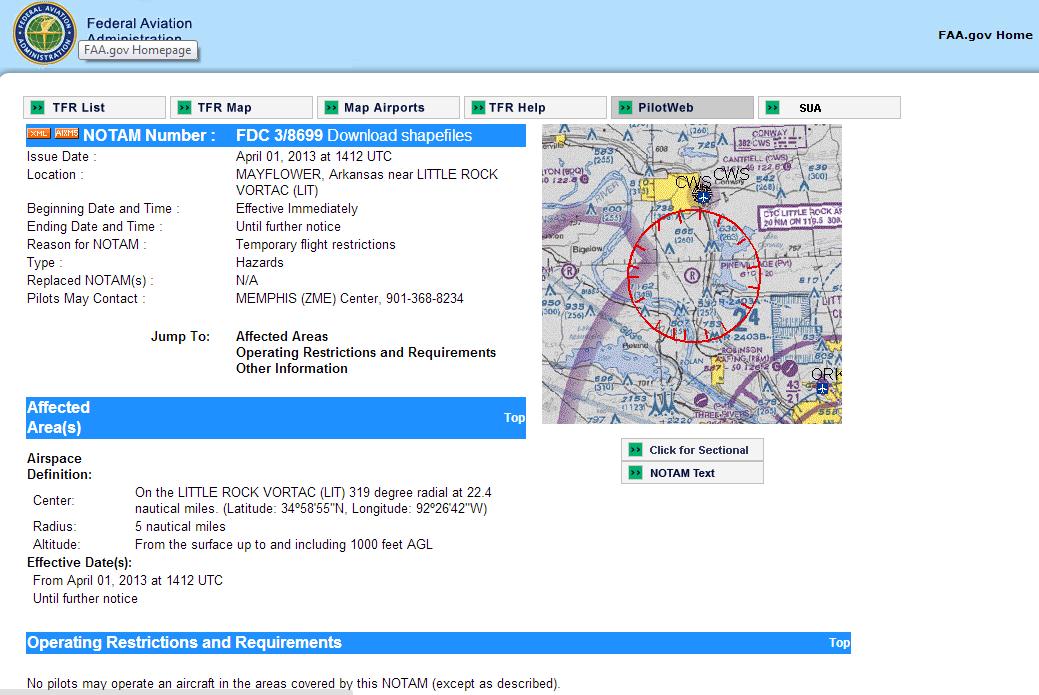 Second, in the last two years Americans have shuddered in response to the release of undercover video revealing the abuse of animals on industrial farms and the torture of Tennessee Walking horses.  These have resulted in convictions, but they’ve also raised the hackles of the agricultural industry.  The New York Times reports that, in an effort to limit their risk, they’ve sponsored bills (proposed or enacted in about a dozen state legislatures) making it illegal to videotape animals on their property without their permission and requiring all prospective employees to reveal associations with animal rights groups.

These examples remind us how important it is that journalists have the freedom to do their job.  They also remind us that we must vigilantly protect that freedom.  Corporations, and governments too, have an incentive to limit the freedom of the press.  These are powerful entities, often in cahoots, that can and will ignore the First Amendment when they can get away with it.

"From the surface up to 1000 feet above ground level" is the flight restriction; FAR part 91 restricts flight "Over any congested area of a city, town, or settlement, or over any
open air assembly of persons, an altitude of 1,000 feet above the
highest obstacle within a horizontal radius of 2,000 feet of the
aircraft."

Anywhere there's something to take a picture of qualifies as a congested area already, and low-flying aircraft are already prohibited except for takeoff and landing from Pine Village Airport (AR34) a privately owned unpaved turf runway around which the flight restriction is centered. The disaster relief coordinator Tom Suhrhoff who requested the restriction, has stated that exceptions will be made for news aircraft provided they don't interfere with the relief helicopter operations. In any case, typical heights for aerial photography range from 1000-2500 feet above ground level, or more in mountainous terrain.

Second, the first amendment does not grant the right for journalists to enter private property; there is no more right to enter corporate property to take pictures of the spill than there would be a right to enter a private residence wherein a crime had been committed. Obviously photojournalists have no trouble taking pictures from publicly accessible ways.

The Humane Society of the United States estimates that nearly 1 million animals a year are abused or killed in episodes of domestic violence. I have been worried about this topic for several years now, so I am trying to find all possible information about violence against animals in order to know how to deal with it. I recently came across a site that opened my eyes even more to what was happening, there is a lot of animal abuse essays from experts. Animal cruelty is a crime everywhere in the U.S. But state laws on the mistreatment of dogs, cats, and other animals vary a great deal.