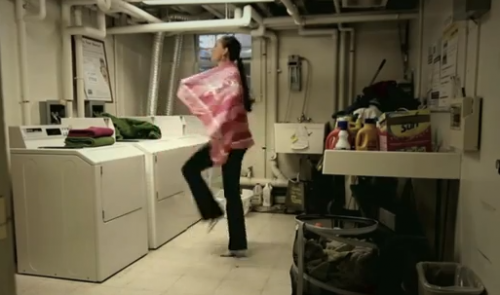 The Massachusetts Senate race between Scott Brown and Elizabeth Warren has brought heightened attention to claims of Native American ancestry in the U.S.. Warren appears to have at times claimed such ancestry, Cherokee and Delaware in particular. The Washington Post provided a thorough round-up of the issue. From what we know thus far, there’s no clear evidence of her claim. Like many families, especially in Oklahoma, her family has a vague account of one or more American Indian ancestors. The vagueness doesn’t necessarily mean it isn’t true, nor does a lack of tribal records. However, there’s a well-known “Indian princess” syndrome, where notably large numbers of people in the U.S. claim a distant Native American ancestor, about whom the details are usually sketchy and inconsistent. Certainly some of these family oral histories are based in some truth, but others are likely apocryphal (though the individuals reporting them may truly believe them).

So Warren’s claim to some Native American ancestry is at least unverified, and there’s an interesting issue there in why so many Americans happily accept stories of native ancestry with little question.

But I was struck by opponent Scott Brown’s comment in one of his debates with Warren. Via abc News:

“Elizabeth Warren said she was a Native American, a person of color,” Brown said, gesturing toward Warren. “As you can see, she’s not.”

The statement implies that we can tell, just from looking, whether someone is really Native American. We can see, obviously, that she isn’t. This gets at a bigger issue about judgements of authenticity. Individuals often have preconceived ideas about what a Native American should look and act like; their Indianness is expected to be clearly visible, both physically and culturally.

Given this, I was particularly struck by a video Katrin recently sent in a link to the Represent series created by The 1491s. The videos challenge the viewer to recognize that American Indians and their cultures are still vital and vibrant. But they also illustrate the problem with assuming that anyone can easily tell who is or isn’t Native American, and how they integrate or represent that identity in their daily lives. Here are a few, but I’d check out the full set at the 1491s website.

No. "a person of color. As you can see, she’s not.”
Yes, we see that. SHE IS WHITE. She could be both White and be a Native person, but so far that seems highly unlikely. She was actually billed as a "woman of color" in documents. So the error here is the idea that Native citizenship (which Warren definitely doesn't have in the first place) = Person of Color. People who are tribally enrolled can be White or Black or 'Latino/Asian/BeringStrait' looking. You can be tribally enrolled and NOT be a Person of Color. Stating that Warren is a person of color IS wrong, even if she was enrolled (which she isn't) or if she had some minuscule amount of Native ancestry. Imagine if the same was still done for Black: "Yo, I'm 1/32 Black, so I am a person of color." Octoroon definitely hasn't been a thing until at least the 1950s if not earlier.
People conflate tribal enrolment with race and that is not the same. Just as people conflate (for different reasons) Jewish religion or ancestors who used to be Jewish by religion with race and/or ethnicity and then claim that Bar Rafaeli is not White (hint: she is).

I love the 1491s. On identity there's a lot of people I know who don't fit with what people think a Native American should look like. We don't wear feathers or regalia in our daily lives, many of us are mixed, and many of us get mistaken for other races (a friend of mine gets Filipino, while my mother gets Mexican). Identity for a lot of us isn't as simple as how much you are, or how much you "look Native" - it's about what you know, how you think and ultimately what you do. That's more what the "represent" series gets at - our racial and tribal identities are tied to a lot more than how we look.

All of this has made me think of Walter White http://www.flickr.com/photos/nostri-imago/3011392413/ and how they used to darken him with makeup when he was on television, because he was often lighter than the *white* person he was debating.

Due to the way human ancestry tends to collapse as you go backwards, it is almost certain that everyone in America who has a relation who has not immigrated within a few hundred years has some indigenous ancestry. Just pointing that out for those that scoff at "we have some native genes in the family". Not that it changes anything about ownership of the culture, but an interesting genetic point.

I feel so conflicted about this.

I am one of the palest people around.  For one thing, I just am.  For another, I'm annoyed with the obsession with tanning and tend to avoid the sun because I like looking pasty, thanks.
But my grampa was just black enough that he couldn't go to the public pool.
Now, I am white.  Mostly German (though my name means "Serbian" in German, so make of that what you will).  There's family tales of some Cherokee, Portuguese, and Black.  My aunt really identifies with the Cherokee heritage, my mom identifies with the black.  But we're essentially white.
So the conflict is this:  I can't prove any of that is in here.  I'm white and have all the benefits of being white.  I'm a little nervous about sending out resumes because I have a not-quite-so-white-sounding name, but that's really my biggest racial hurdle, so I'm not going to cry into my milk about it.  I can't really make any claims about being native or black.  Certainly not any that would in some way benefit me because I'm clearly white.
But for someone who really identifies with that heritage, who are we to tell them we're not allowed?  When is it weird appropriation or political nonsense and when is it being true to your past and your family?