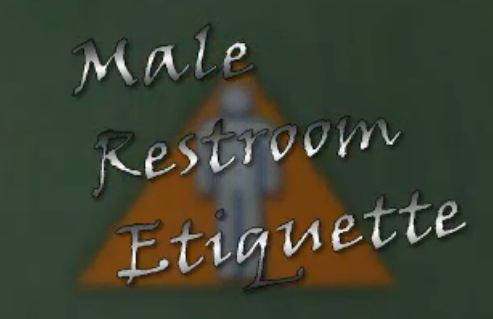 In “Rule Enforcement without Visible Means,” Theodore Caplow discusses conformity to the norms that guide the practice of celebrating Christmas. These norms are informal — that is, they aren’t enforced in any official way and aren’t encoded in policy — yet Caplow found consistent agreement on expectations, as well as conformity to them. Some of these are easily identifiable, such as the Wrapping Rule, which requires that gifts be wrapped in Christmas-appropriate wrapping paper (or at least marked with a bow if they’re too large or irregularly-shaped to be wrapped).

Others aren’t so readily apparent. For instance, Caplow discusses the Scaling Rule, which guides our purchases of gifts based on the relationship with the recipient. Everyone agreed that a spouse should get the single most valuable gift you buy; kids come next (and should have equal amounts spent on them), then parents/in-laws (who should get similarly valuable presents), and so on. There is a widely-accepted unspoken hierarchy for giving gifts. While we say “it’s the thought that counts,” we also believe that the gifts we give carry social messages about how much we care. Regardless of intent, giving a gift that is perceived as nicer or more expensive to a coworker than to your spouse, or spending more on friends than your kids, would likely be taken as a sign of inappropriate or misplaced loyalties.

Caplow’s point is that social interactions are highly regulated by informal norms, ones we learn and follow often without ever openly recognizing them. Will LaSuer sent in a video that illustrates this point. The video explains etiquette in men’s restrooms: proper spacing when selecting a urinal, flushing, making eye contact or speaking to others in the restroom, and so on. It’s an explicit discussion of the usually taken-for-granted norms of daily life.

One note: The first 4:40 of the video covers these basic norms. After that, it goes on to a long scenario that you may want to skip. While, as Will says, the language and imagery is nothing you wouldn’t see in, say, South Park, if you’re thinking of using the clip in class to illustrate norms, I’d definitely stop at the 4:40 point, both because of the content and because I don’t think the rest of the video contributes anything to the basic sociological point.

Will suggests using the video along with John Paul’s “urinal game” to help students grasp the concept of informal norms.

Paul, John. 2006. “‘Flushing’ Out Sociology: Using the Urinal Game and Other Bathroom Customs to Teach the Sociological Perspective.” Electronic Journal of Sociology. ISSN: 1198 3655.

Another one is public areas with multiple ATMs in a row. Here in Canada, the standard is to form a "bank line" — that is, a single line, where the person at the front takes the next available ATM. (You should see the quiet consternation ripple through the queu when a tourist or new immigrant disregards it, and jumps the line, thinking the ATM to be free...)

Our love of bank lines is so strong, people will form them automatically, for example at multiple cash registers in retail stores. But since the stores do not all operate that way, it occasionally creates epic confusion.

There are similar rules governing where to sit on a bus or train, though they're not as strict because there's no nudity.

What's really hard is working out if there's a consistent rule about when moving away from somebody on the bus/train is just giving them personal space (polite) and when it's saying they smell or are disreputable (rude). Or maybe it's just me who agonizes on whether or not I should continue sitting next to somebody once I'm not forced to do so by lack of available seats.

Talk about awkward bathroom situations; when I first got my Concealed Handgun License I went through a number of different holsters trying to solve an unforeseen problem,  namely, what to do with the handgun when dropping a deuce in a public restroom.  Unless someone is interested I won't get into the details, but yeah eventually I found a solution to the problem.

Most of this video is true (especially the do not talk rule).  Also the urinal rule is especially important when you're in a bathroom with no dividers.  Check out the attached image for a popular internet meme that relates to this topic.

The video is heteronormative, however, and assumes that for the viewer a sexual encounter in the bathroom will be unwanted.

I was surprised to see "Everyone agreed that a spouse should get the single most valuable gift you buy."  That has never been true in my family.  Big presents are for kids—adults get tokens of affection only.

Re Caplow: I had an undergrad anthro prof who said "you don't understand a culture until you completely understand gift-giving; who gives what to whom, when, and why." I've often reminded myself of those words when living overseas in new places (I'm American), like the time in Chile when someone gave me a lovely scented deodorant for my birthday.

The video looks to me like it was created using the Sims game! I miss that game! There are multiple layers of normative rules that govern npc character reactions.