The Glocalization of Married with Children

The term glocalization — a combination of globalization and local — refers to the tendency of globalizing processes to have to adapt to local peculiarities.  McDonalds is a great example.  It’s a brand recognized around the world, but it responds to local tastes in developing its menu.  So, you can buy a McItaly burger, a Maharaja Mac in India, a McLobster in Canada, and an Ebi Filit-O with Seaweed Shaker fries in Japan (source).

I thought of the concept of glocalization when I came across a set of publicity photos for TV programs in 13 different countries, all modeled after America’s Married with Children.  Each has its own flavor (e.g., the parrot replacing the dog in Chile) and I imagine if we were able to watch them all we’d see great examples of the phenomenon. 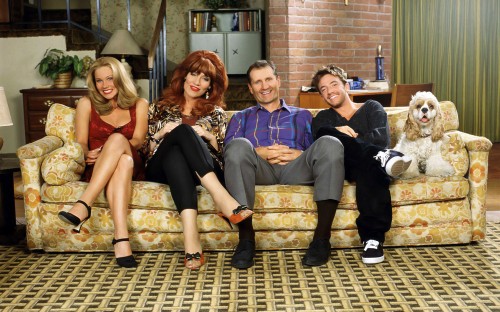 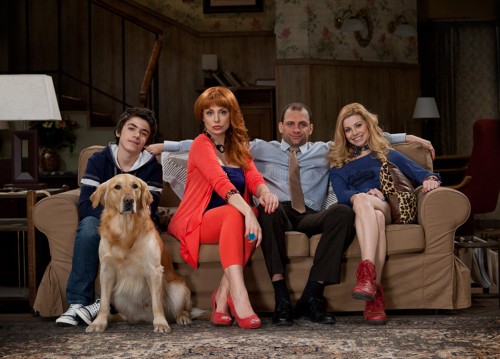 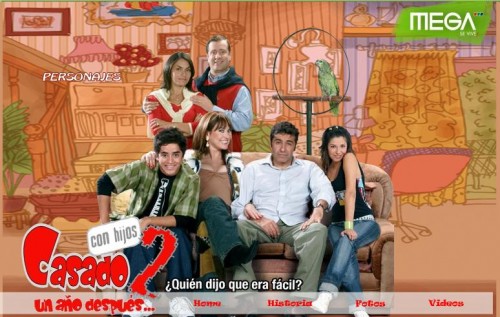 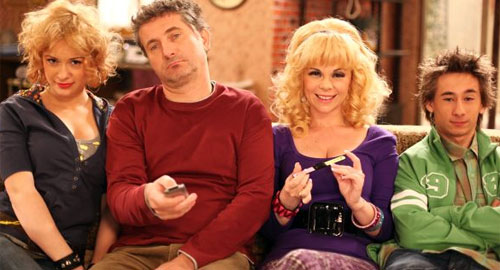 UPDATE: Dmitriy T.C. sent me this trailer for a movie called Exporting Raymond, about making a Russian version of Everybody Loves Raymond. It’s along the same theme and looks quite good:

I'm really kind of curious how they localized the content of the show. Did they keep the same characterization and jokes premised around a dysfunctional low-class American family, or did they adjust them to fit local stereotypes?

For as low-brow as it was, Married with Children really broke new ground in the US with how not-idealistically it portrayed its family. People apparently called in the show from all over and said "My family is just like that!" To which the actors replied "Really? That's awful!"

Localized versions *could* end up an interesting view into different low-brow cultures.

I have never seen a McLobster in Quebec. Maybe you mean in the Maritimes...

That reminds me of the case of the adaptation of Grey's Anatomy for Latin America audiences. A show known for diversity got awfully...pale.

Glocalization happened with the television show "The Nanny". The original starred Fran Drescher as a lower income Jewish American single women who works for an upper class non-Jewish, British family and falls for the single dad. Apparently, this outsider looking in (in terms of ethnicity, class, income,  nationality etc.) *really* resonates.

To date, The Nanny has been reproduced for 10 different countries, including Greece, Italy, Indonesia, Argentina, Poland, Chile, Educador, Mexico, Turkey, but the most successful is the Russian version. 173 episodes filmed in the 7 season run -- including refilming all the original American scripts, and then the hiring the old American script writers to create new, original scripts (!). It is considered the most successful tv program in Russian history. WHO KNEW?

The Video is facepalm worthy. I guess not making us look like crazy bunch of balalaika idiots is too much to ask...
Sigh.

There's a version of MWC airing here in Israel now. I was completely taken aback when I saw it- why the heck are they choosing to do something like this now?

We have the reverse situation- many Israeli TV show concepts are now being bought up and translated into Americanese- In Treatment, Homeland, Traffic Light were all originally Israeli shows.

In some of these, I can't tell which woman is supposed to be the mother of the other woman. That's not too different from the USA way.