I recently posted a series of examples of the words “nude,” “skin-toned,” and “flesh-colored” being used to describe light-tan. In other words, a linguistic erasure of people who don’t have light skin.

In response, Kristen S. and Jessica J. sent in pictures of Urban Armor bandaids.  As you can see, they come in three colors and all of them are called “skin-tone.”  Awesome. 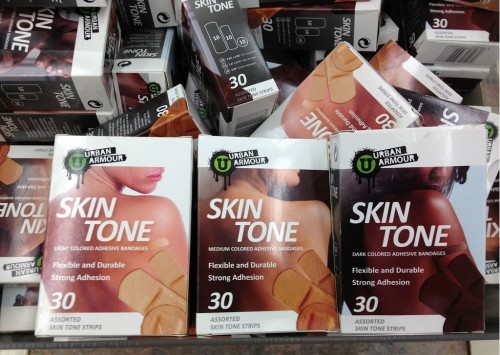 We’ve collected other counter-examples, as well.

Andrea C. noted in 2010 that Elle did a segment on “Nude Nails” and highlighted OPI polish, mentioning the fact that they had “actual nude options for every skin tone”: 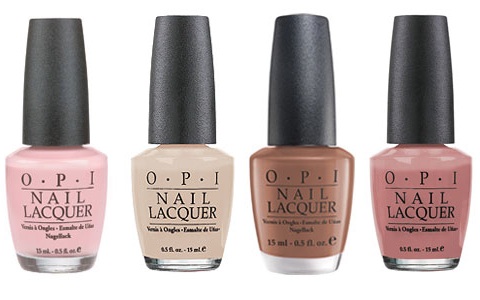 Here are the colors that OPI calls “nude” today: 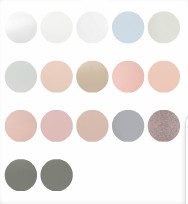 Breck C. found a website, My Skins, specializing in skin-matching underwear for a range of skin tones: 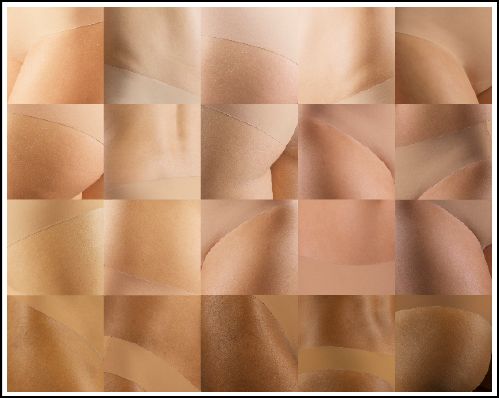 Eve F. discovered that Aldo included shoes of some different possible flesh-tones in it’s “nude” section (at least in 2010; the section doesn’t look like this today): 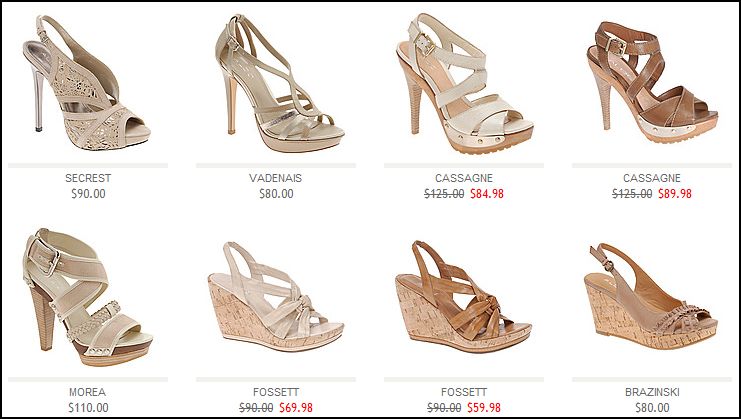 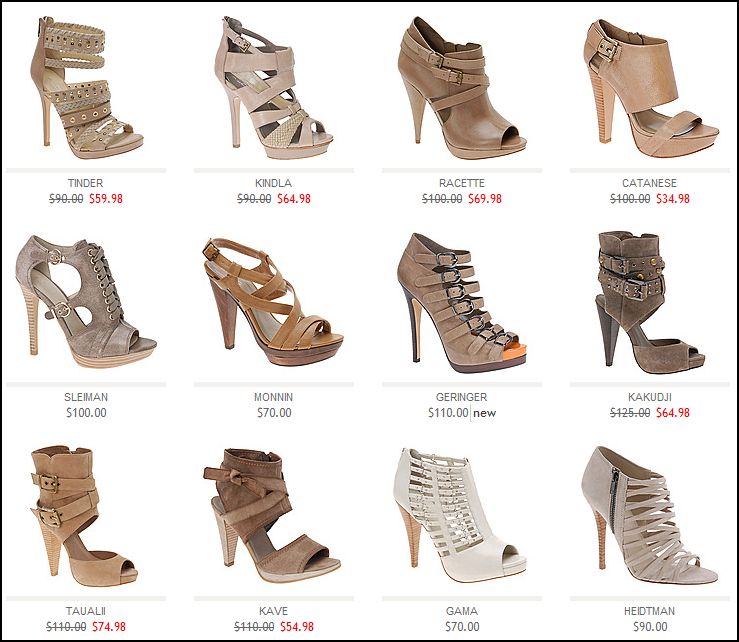 So, we can hope that consciousness is being raised, even if this can still happen.

I don't like or agree with the way this narrative is presented. "Conciousness being raised" implies that there's a sort of ur-conciousness that guides all of societies decisions or opinions, and it doesn't reflect the fact that there's a gigantic amount of segmentation in personal opinion or corporate practice. People aren't as dumb as the narrative promoted by these kinds of things necessitates.

Out of fairness to Aldo's, note that the page linked to with the comment "...the section doesn’t look like this today" is indeed dominated by pale beige shoes, but it is NOT labeled "Nude" (as in the 2010 example), "Flesh colored," or "Skin toned." The pale beige shoes are today categorized as "Neutrals," which does not imply anything about what colors skin comes in, but just means the color of the shoes won't clash with other colors a person might wear them with.

Of course one could point out that the categorization is incomplete, as there are several other neutral colors, such as white, black, brown, and gray, but that's irrelevant to this discussion. Some neutral colors are similar to colors human skin comes in (mainly browns, tans, and beiges), and some are not (white, gray). And some people (like me) have very pink skin that's not a neutral color at all (trust me, there are plenty of shades of yellow I should never let near my wardrobe for fear of clashing!).

I'm still pretty meh about these "better" examples.  The band-aids come in 3 shades: pale-white, tan-white/"Latina," and darkish skinned black.  An issue I've always had with most makeup companies or makeup tutorials is that even when they get "diverse," they still seem to act like there are one, maybe two, ways to be nonwhite, and several ways to be white.  Black people come in "Beyonce" and "Gabby Sidbe" colors, with nothing darker, lighter, or in-between.  Asians are all pale olive, Latinas are all dark olive or tan, and white people come in a myriad rainbow colors from sheet pale to very deeply tanned, with as many undertones as there are skin colors.  I've even seen a line of makeup "for Asian" women....that was limited edition then later discontinued by the parent brand in the same way neon pink lipstick in a special tube might be discontinued, as if being Asian while having skin was some kind of fleeting trend.  The underwear colors mimic the Maybelline aisle: fifteen ways to be white, five ways to be anything else.  It's better than being completely ignored, but it still turns out that most people of color are ignored while a few aren't

The nail polish example doesn't even make sense to me, either by inclusion on this list or by categorization by the company.  A line of neutral colors that include a few skin tones, but also include pink, blue, green, grey, and white?  And since when is every skin tone equal to "pale white, fair skinned black, pink, and slightly darker pink?"

Excellent. It supports my initial theory that 'nude' is a worthwhile color term.

But.... My exact skin tone is not represented, so I guess your victory for linguistic inclusion falls short.

You broke my heart with that bad apostrophe, Lisa.

[...] “Nude” is often used by fashion and beauty vendors as a synonym for “Caucasian skin tones.” Sociological images highlights a few examples of companies that have given some thought to the actual range of “nude” that exists in nature. [...]