Jeremy Lin, ESPN Says, has a “Chink in the Armor”

At The Color Line, sociologist C.N. Le highlighted an instance in which racist language was used in reference to pro-basketball player Jeremy Lin.  A headline at ESPN read, “Chink in the Armor.”  “Chink” is a term used to denigrate the Chinese and Asians more generally. 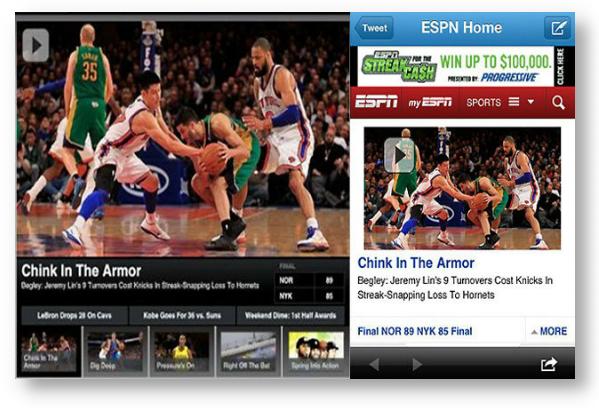 Le observes astutely that the word likely wasn’t meant as a slur, but instead a pun.  And, in fact, ESPN “quickly and decisively” took action, changing the headline, firing the person who wrote the headline, and suspending a sportscaster who repeated the phrase.

Instead of outright racism, Le suggests that the appearance of the word is symptomatic of a (false) belief that we’re in a colorblind post-power society.  In this society, every group is on equal footing, so making fun is just equal opportunity offensiveness; it may be off-color, but it’s all in good fun (think of South Park as an example).  The approach assumes that slurs like “chink” are no more harmful than slurs like “cracker.”

Le was disappointed to see that this kind of ongoing insensitivity to real power differences remains, but pleased to see ESPN react so swiftly and strongly to it.

Eagerly awaiting all the posts about how "Asian people" are the real racists!!!

Note to people in the majority, who contribute to racist actions but claim not to be racists: you don't have to be a member of a racist organization to be a racist.

Also (like the use of many words that carry potential bigoted overtones), context, history, and respect all matter: http://www.youtube.com/watch?v=0MBB4-o91Ao

See also another "joke" from ESPN about Korean American wide receiver Hines Ward. A piece about his release from the Steelers is titled "No Happy Endings."

I agreed with most of the message here until 'The approach assumes that slurs like “chink” are no more harmful than slurs like “cracker.”'

The term "cracker" is just as offensive as "chink"—both are highly offensive.  Because one is based on class rather than race does not make it any less offensive.

I find the use of terms like "post-power" and "post-racial" troubling. It suggests false progress. Certainly we are moving forward as a society, but as long as there is injustice, discrimination, etc, I'm not sure it's possible to be post- anything relating to notions of power, race, gender, and class. And this isn't meant to state that I desire a perpetual state of division. I just don't know that we are ever safe to declare it as such.

Each one of these special case justifications for our various race-based conducts has an explanation and a reason behind it - but that reasoning rarely works if you try to apply it as a *general* rule for conduct.

Color-blindness provides that consistent rule... at the expense of being regularly offensive and, well, blind to other problems.

But  I'm still not sure there's a better way to create a color-blind society than to start acting like we have one. "Other"-ness is as reinforced by enforced politeness as it is by enforced bigotry.Maybe eventually we can fool ourselves enough that we don't have to pretend any more.

PS I do think the headline was inappropriate, for the same reason that a headline using the F-word in a pun would be inappropriate. Edginess should never be abused just for a bad pun.

With regard to that offfensive headline: This shows that people engaging in "clever" word play can still be racist.

**
Given the existence of institutional racism, this nation won't become post-racial just because individuals refrain from saying or acting racist toward other races/ethnic groups.

**
Racism against people of Asian descent has long been and continues to be pervasive in the USA. It starts in childhood with really offensive rhymes and songs that some grandparents and parents think are funny and nostalgic (I won't give any titles but I believe you can think of some).

Which leads me to my final point which isn't about the use of racist language as much as it is about race itself:

Another commenter on this thread mentioned Hines Ward and referred to him as Korean-American. For those who aren't aware, Hines Ward is Black/Korean. And there are a number of other Asian-Black or Black-Asian (and White-Asian or Asian-White) etc.

Until a person whose skin color is as dark as President Obama, for instance, can be accepted as White because his birth mother was White then this nation really isn't post-racial because White people being exclusive about who is or isn't White shows that they still believe that race matters.

I agree that we are not in a post power society.  However, I suspect that I differ from many here in doubting that there has ever been or will ever be a post power situation.  The idea that white privilege is the 'final imbalance' to be righted is what I call the end-of-history fallacy.

What does the expression 'Chinese century' mean?  I suppose end-of-history fantasist see this as meaning that Chinese will 'catch up' or converge in power with the privileged white.  The less deluded believe that history never ends.  Power imbalances don't stabilise, they lurch.  Boots are always on throats; sometimes gently, sometimes harshly; the real question as Lenin said is 'who, whom?'.  Will the poster send out a memo when 'chink' is OK and 'cracker' is a devastating insult; or are we implicitly assuming end-of-history convergence here?

Even the wordplay explanation treats Lin's race as his most salient feature (and the recent hype around him is all about "Hey, an Asian basketball player!  How novel!")  I mean, if we were talking about a white player not doing well, the headline wouldn't be "The Crumbling Cracker"