What Counts as Indecent Programming? 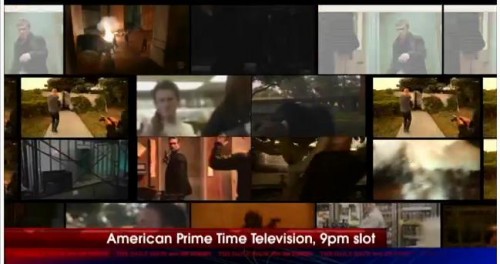 In 1964, in Jacobellis v. Ohio, a case regarding an allegedly obscene film, Supreme Court Justice Potter Stewart famously wrote in his opinion,

Of course, the problem is that not everyone has the same reaction to what they see. While the 1964 case specifically dealt with a film, and a judgment on whether it crossed the line from pornographic (legal) to obscene (not), similar arguments are common regarding what is appropriate on TV. The Federal Communications Commission may impose penalties, including large fines or revoking a broadcaster’s license, on networks that air “indecent or profane programming during certain hours.” Last month the Supreme Court agreed to hear a case regarding the FCC’s regulations and whether they violate free speech guarantees.

Dmitriy T.M. sent in a segment from The Daily Show that highlights some of the inconsistencies and contradictions in the FCC’s standards for prime time, and the seeming arbitrariness of decisions about what is “indecent”:

Like  the man said, "Violence is as American as apple pie." Read some of the penny dreadfuls of the 19th Century.

The video is not available in all locations. Does anyone know what the air date for it was, so that interested parties can find another source?

The other night I watched some of Law and Order and the channel it was on (here it's "My 45", but we also get it as WGN with local news from Colorado or some place) and they "bleeped"/silenced the word "crapper".
It's increasingly bizarre and disturbing what is considered too offensive for t.v.
Law and Order is a show about murders.

We all have a body, which we have all seen naked. All of us see, have seen and will see other people's bodies naked. All but a few of us come from a sexual relationship, and most of us have, have had or will have sexual relationships. And we must protect our children from that.
Very few of us have or will ever be involved (hopefully) in a murder, explosion,  gunfire, kidnapping, sodomization with a banana, etc. but it's ok for our children to see it.
Definitely, something's wrong.

The reason violence isn't regulated is because the supreme court case that empowered the FCC to regulate broadcast television in the first place was FCC v. Pacifica, which specifically dealt with a broadcast of George Carlin's "Seven dirty words" routine.  Since that routine only dealt with sexual and/or scatological profanities it means there's no precedent for the regulation of violence.  It's also why non-sexual/scatological profanities like "bitch" are allowed on TV.

Librarian quibble: obscene materials are not necessarily illegal; they're just not protected by the First Amendment.