More Examples of Women as Food as Women

Way back in 2008 we posted about the conflation of food with women’s bodies — that is, presenting women’s bodies as food, and presenting food items as sexualized women, an issue covered in depth by Carol Adams. Two readers sent in additional examples. Sarah noticed this ad for canned tuna fillets, which have apparently sprouted heels-wearing legs:

And Whitney R. pointed out that Ludacris’s 2003 album, Chicken-n-Beer, presents a woman’s disembodied leg as the equivalent of fried chicken, ready to be consumed: 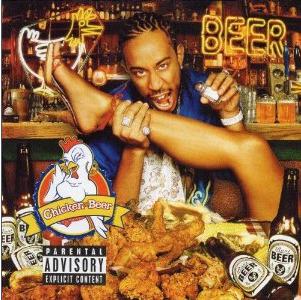 For many more examples — including a bikini-clad pin-up turkey — see our original post.

On top of the general grossness of the "women as food" meme, did they have to put TUNA, of all things, right at a woman's crotch??

For anyone interested in these topics I strongly recommend Carol Adams - the Pornography of Meat and the Sexual politics of meat.

Don't they sell women's legs in the meat department of the supermarket?
See:
Women's Legs in Supermarket Basket