The Pew Charitable Trusts just released an update on the effects of long-term unemployment. One aspect of this economic crisis that sets it apart from others over the past several decades is how long unemployment is lasting. At this point, about a third of the unemployed have been out of a job for a full year or more: 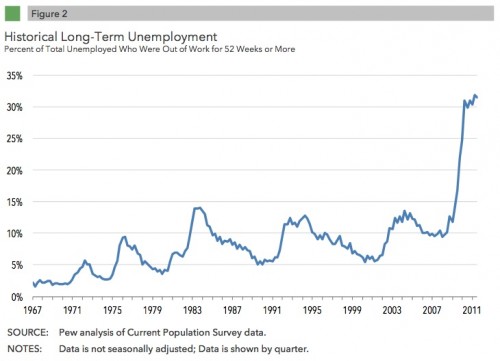 Though the likelihood of being unemployed went down with age, among those who have lost their jobs, long periods of unemployment are more common among older than younger workers: 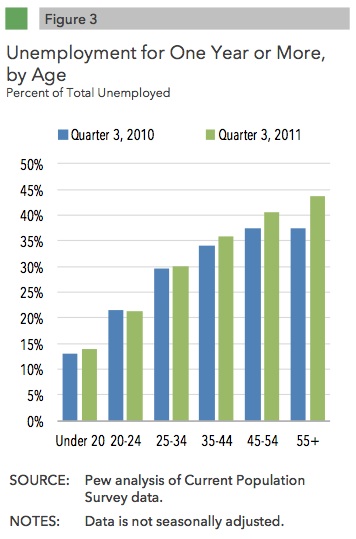 Also check out Lisa’s post on the long-term consequences of unemployment.

Effects of Long-Term Unemployment; Fun Facts About the New World Population of 7 Billion; and More « Welcome to the Doctor's Office — November 3, 2011