Steve Jobs and the Routinization of Charisma

Cross-posted at Sociology in Focus.

Steve Jobs, co-founder of Apple, died this week. I didn’t know him and yet his death moved me deeply. It shook me awake. When I woke up sad the next morning I did the only thing I know how to do, I thought about Steve Jobs and his passing sociologically.

Of all the things you could say about Steve Jobs, without a doubt, one of them was that he was a great charismatic leader. During his presentations his words, energy, and style could create a “reality distortion field” that would make mundane aspects of his products sound revolutionary. His spirit worked almost like a Jedi mind trick telling reporters what they were to write in their reviews. His charisma seemed superhuman. 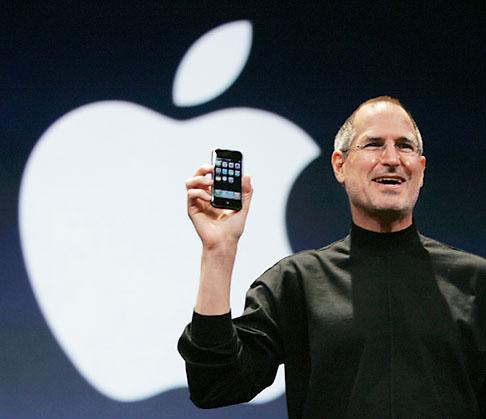 A charismatic authority figure is one of three styles of authority that Max Weber talked about. Authority can be thought of as the use of power that is perceived as legitimate. Some statuses have power simply because of tradition (e.g. parents have power over children). Other statuses have power because they have been “routinized” or built in the structure of social institutions. Weber calls this type of authority rational-legal authority and the president of the United States is a good example of this type.

Charismatic authority can be thought of as the the use of power that is legitimized by the exemplary characteristics of a person or by their accomplishments that inspire others to follow or be loyal to them. Steve Jobs accomplishments have gained him a rabid fan base; to the point that Apple fans are oft referred to as members of the “Cult of Mac”. It was because of who Jobs is (or at least how he was perceived) that many people admired, respected, and followed his work.

The problem for Apple is that any organization that gains its authority because they have a charismatic leader must eventually deal with the loss of that leader. How can you hold on to your authority and legitimacy with the charismatic figure gone? You have to build the revolutionary ideas and practices of the figure into the bureaucracy or formal structure of the organization. Weber called this process of transferring authority from a charismatic person to a bureaucratic organization the “Routinization of Charisma”. In the corporate world they call this process a “succession plan.”

Jobs was a master at getting the media to write the headlines he wanted, but after this weeks talk ABC’s headline read “Apple Unveils Anti-Climatic iPhone 4S.” Anti-climatic!?!  Comedians ripped Cook for his poor stage presence in a video. Traders showed their disapproval as Apple’s stock price dropped a half percent after the announcement. I’m not trying to pile on here, I’m just pointing out that transitioning from a charismatic authority figure to less charismatic figure is hard; or as Weber would say it, the “routinization of charisma” is difficult if not impossible.

Now that he is gone, I’m sad because I enjoyed so much listening to him speak about his work. He was an artist in so many ways and I’m sad I won’t get to see anymore of his work. Rest in peace Mr. Jobs.

Nathan Palmer is a visiting lecturer at Georgia Southern University. He is a passionate educator, the founder of Sociology Source, and the editor of Sociology in Focus.

Great article- Jobs was not only a technological innovator and a charismatic leader, but a social mover as well, even if he may not have been aware of it. So many people gain knowledge of injustices through his (and his team's) inventions. He paved the way for visual UI on computers, exploded the smartphone market, and basically created the tablet market, all while beings respectful CEO. All of these inventions allowed us to analyze and interact with our world in a much broader way. I am extremely grateful for what Jobs did for technology and society as a whole. RIP.

Ok, so I respect the fact that an individual has died. He will be missed by his family, friends and co-workers. I feel sorry for those people and their loss.

But the public outpouring of 'grief' shocks and annoys me.

He wasn't a 'visionary artist' or whatever inspiring adjectives you want to ascribe him.

He wasn't interested in making our lives easier or free.

He wanted to make money out of us - every last one. He was a capitalist, plain and simple. The bottom line was the dollar not our individual well being.

What I came to think about regarding his death was really how common it seems to be for middle class men to die at this age- family members pass away, people in their twenties (or younger) see their parents suffer from serious afflictions, and people in their sixties are already referring to their friends in the past tense. Does anyone know the percentages for this?

I don't know how it truly affects the reading of his performance, but some commentators are now reading Cook's performance as inseparable from Jobs's death: that is Cook knew that Jobs was very very close to death, and that an unduly Jobsian performance, or even a performance that was strikingly different would seem odd or inappropriate within a few days. That, or Cook was just stressed out doing that knowing Jobs would die within hours or days.

I have a mac book and a I pad yet his death didn't affect me in any way. i guess i have some sort of personalty disorder or something because i was more affected by the deaths and suicide then Steve Jobs death

Historically, Apple stock prices have fallen after just about every keynote. And this is definitely not the first time that the rumor mill has gotten expectations too high, resulting in the launch of a perfectly good product being called disappointing. I think that the lack of Steve's charisma was a part of the problem, but overall it's not too much different from any Apple keynote that doesn't introduce something really big. Apple/Jobs has gotten *so* good at changing our lives, people have to bitch when they merely make an incremental improvement.

Steve Jobs was an exceptional technological innovator & marketer of those products that without a doubt have changed the world. However, was he truly charismatic?

Or perhaps he was only charismatic with some people, and at some times, when he wanted to be. Maybe that's how charisma works.

Here's an excerpt from that article:

Apple CEO Steve Jobs is known for his obsessive attention to detail and
iron-fisted management style. He is often accused of making his subordinates cry
and firing employees arbitrarily. But Jobs' subordinates remain loyal. Several
deputies--even those who have left the company--say they've never done better
work. As one Apple employee told journalist John Martellaro, "His autocracy is
balanced by his famous charisma--he can make the task of designing a power
supply feel like a mission from God."

For what it's worth, apparently the description of Steve Jobs being a toxic boss was widespread. I wasn't aware of that information, but happened upon it when I was surfing the internet reading information about him, and found articles about what some writers felt were excessive statements of grief about Jobs' death from those who didn't know him.

And other articles out there recount other ways that Steve Jobs wasn't always a nice person. So I suppose a person can be charismatic as well as a toxic, autocratic boss. But, having had a toxic supervisor,  I wouldn't wish that on anyone no matter how charismatic, innovative, and brillant that person might be.

Another "public outpouring of grief" for someone that almost all of the grieving have never met and barely know from Adam.  Mr. Jobs was primarily known for his ability to sell stuff to the wealthy of the developed world and make lots of money.  What puzzles me is why so many people seem to have such an emotional attachment to someone who didn't demonstrate with his actions (rather than words and marketing hype) that he cared about more than their wallets.

I read an article calling him a secular prophet...