Social Hygiene and the Gender of Health in 1922

In 1922 the American Social Hygiene Association, funded by the American Public Health Service, created a social marketing campaign aimed at American teenagers. While it was predominantly about sexually transmitted infections, it also taught about good health and hygiene in general. And maintaining health, then as now, is not only about health but also about conforming to social norms–especially gender norms.

The posters aimed at boys were titled “Keeping Fit”: 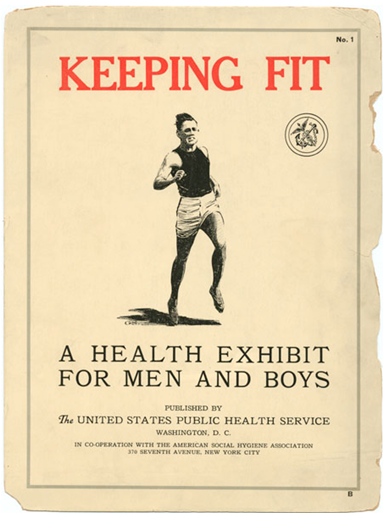 And the girls’ posters were titled “Youth and Life”: 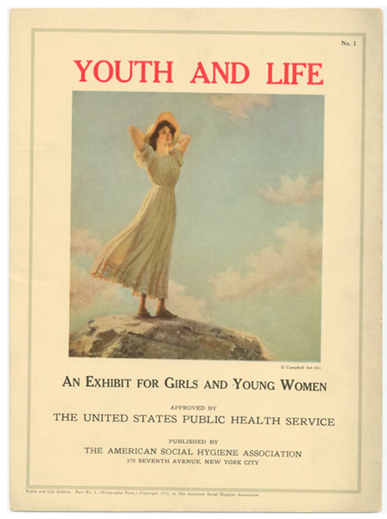 Comparing the boys and girls’ posters, you can see that fitness is not just about physical health; it is also about particular character traits. For boys, those traits are will power, courage, and self-control–traits that are based on a puritan work ethic that we value in a competitive capitalist society. 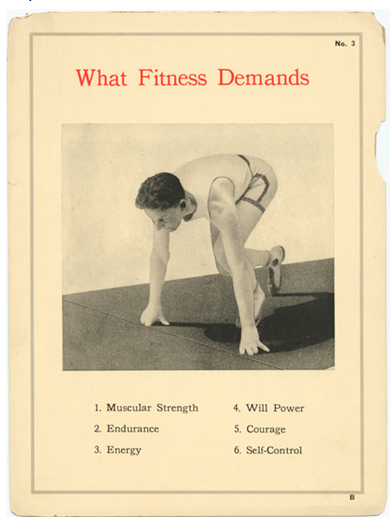 While courage and endurance were important for both boys and girls, fitness for girls was less about power and self-control, and more about grace, beauty, and friendship. 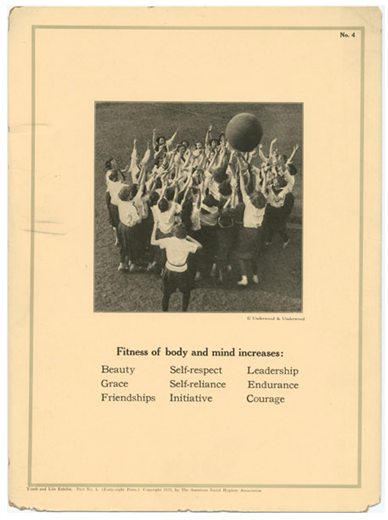 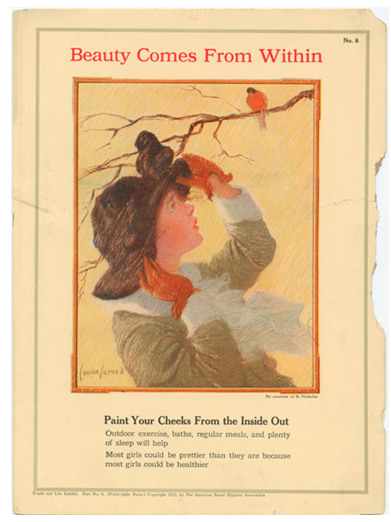 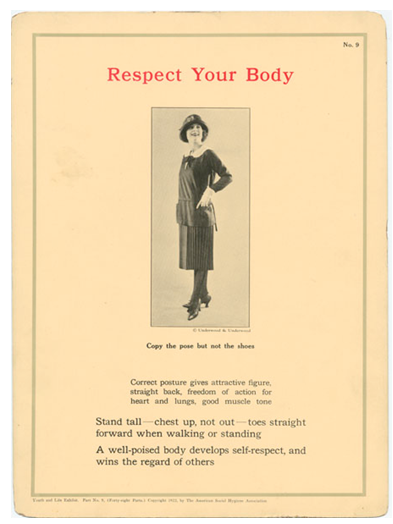 Copy the pose but not the shoes. Correct posture gives attractive figure, straight back, freedom of action for heart and lungs, good muscle tone. Stand tall — chest up, not out — toes straight forward when walking or standing. A well-poised body develops self-respect, and wins the regard of others. 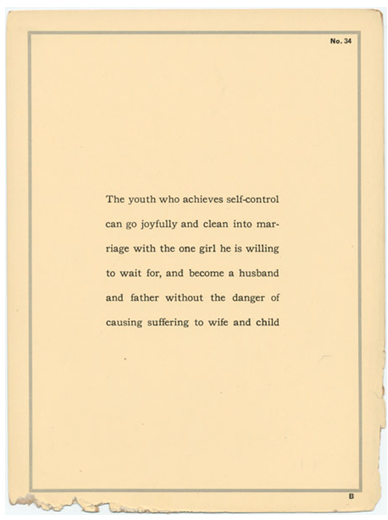 The youth who achieves self-control can go joyfully and clean into marriage with the one girl he is willing to wait for, and become a husband and father without the danger of causing suffering to wife and child. 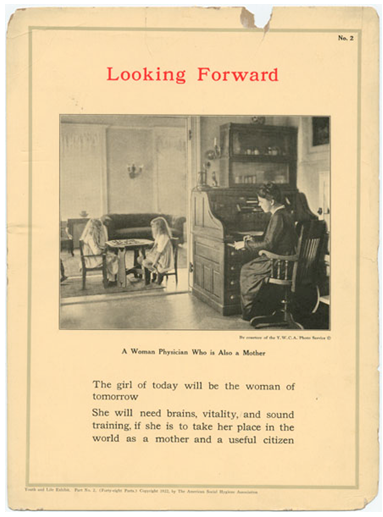 A woman physician who is also a mother. The girl of today will be the woman of tomorrow. She will need brains, vitality, and sound training, if she is to take her place in the world as a mother and a useful citizen.

It may be tempting to think that we know more now than we did back then and that with progress we make fewer mistakes today than they did in the past. However, controversy surrounding many health topics such as obesity, circumcision, and the way we screen, treat, and fundraise for breast cancer should tell you that we still have many assumptions behind our health recommendations that are based on ideology.

Very interesting that the last one says that women need "brains" and shows a woman physician.

What I find interesting is that for men it's fitness of body.  For women it's fitness of body and mind.  And "leadership" shows up for women when it doesn't for men.  They also ask for both men and women to save themselves for marriage.  And there's a women physician (as opposed to a nurse).  True, there are some gender norms in there, but I have to say that at least some of it seems quite progressive compared to how I usually view the 1920s.  Are the pictures posted above the entire pamphlet, or are there links to the rest?

Interesting stuff.  I'm suddenly reminded of the 1934 movie "Search for Beauty" (http://www.imdb.com/title/tt0025755/), which involves, among other things, a fitness magazine.  The protagonists are a couple of Olympic athletes who are disturbed at the way the line between fitness and sex appeal are blurred by their business partners.  It was funny (except for the creepy body-shaming at the end--there's nothing new under the sun), and also a little slice of social history.

Seems like a booklet filled with some great ideas. More kids today should learn as much.

I love the 1920s and the New Woman, which was trying to rebel against the Victorian version of femininity. :) - which sort of came back in the following decades. :(

Also, "Copy the pose but not the shoes" - I guess they were against high heels?