Has the Recession Slowed the Birth Rate?

As demonstrated by some figures posted at Family Inequality, the U.S. birthrate has dropped during the recession: 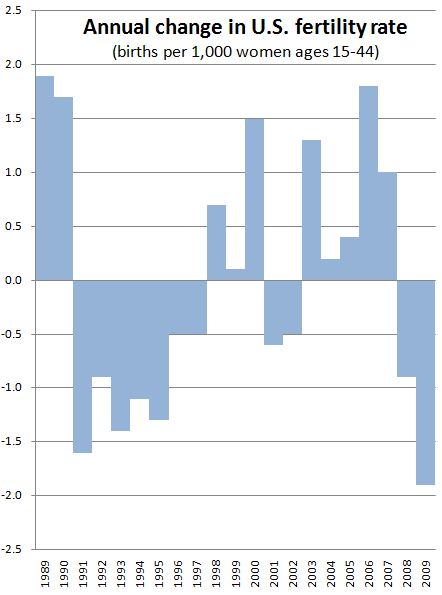 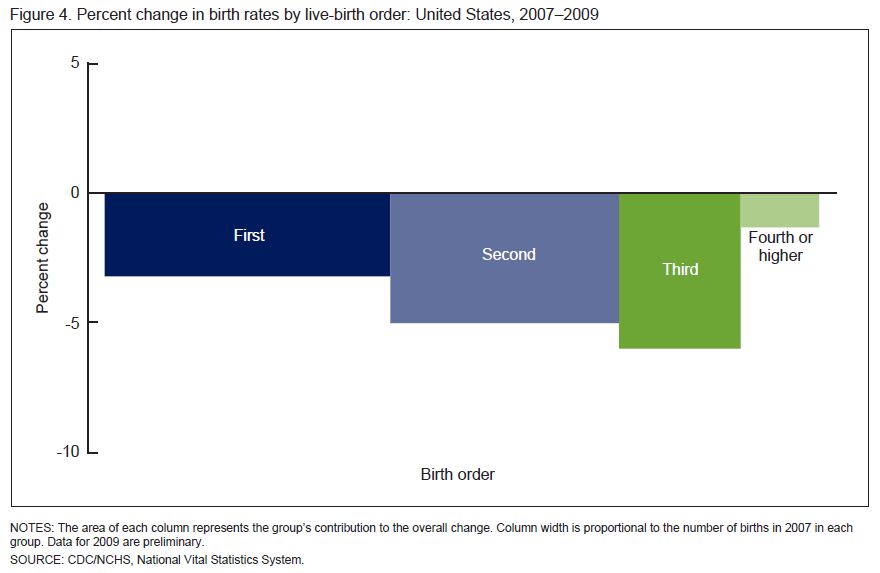 To make an even stronger case that the recession inhibited childbearing, Philip Cohen correlated birth data by state and state unemployment rates (both from the Bureau of Labor Statistics).  His figure shows that “fertility fell more where the recession hit harder”: 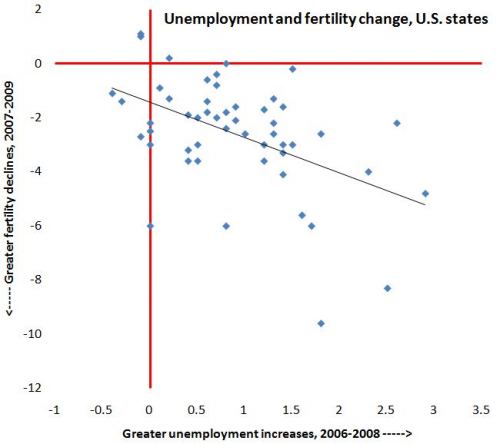 There isn't nearly enough information here to support this as fact, but I surmise that women with 3 or more children are simply less interested in family planning, economics be damned. Or is this just my small-family bias talking?

Has Recession Slowed The Birth Rate?;Unemployment Dips; And More « Welcome to the Doctor's Office — August 5, 2011

That graph is what my statistics professor would call a "scatter graph" - in other words, you can't viably, mathematically, draw the line that's been put there because the data points are too random to be conclusive. :(

Actually, for everyone being really rude to those us from large families (I'm one of six) it's ussually because once you ecconomically able to support three kids, kids after that don't make a big difference. You're already buying in bulk, there are more then enough cloths for hand-me-downs you have all the furniture. My mom is a big believer in condoms and birth control and waiting for the right time to ahave kids and she went ahead and had six because she wanted them and could afford them. So stop knocking large families and saying we have no sense, because that's just propaganda.

Best of 2011: A Tale of Two Fathers, Income and Health Insurance Coverage, and More Family Centered Stories « Welcome to the Doctor's Office — December 29, 2011