Societies are permeated with visual images. This means that images dominate our lives. However, no other images confront us so frequently as advertising images. They belong to the moment. We see them as we turn a magazine page, as we drive past a billboard, and as we visit a website.  However fleeting, they are powerful agents of socialization.

Sociologist Erving Goffman described and exhibited subtle features of gender displays in his book Gender Advertisements. One significant feature that he noted was the ritualization of subordination in which women are portrayed in clowning and costume-like characters. This still rears its ugly head in today’s advertisements.

According to Goffman, “the use of entire body as a playful gesticulative device, a sort of body clowning” is commonly used in advertisements to indicate lack of seriousness struck by a childlike pose (p. 50). 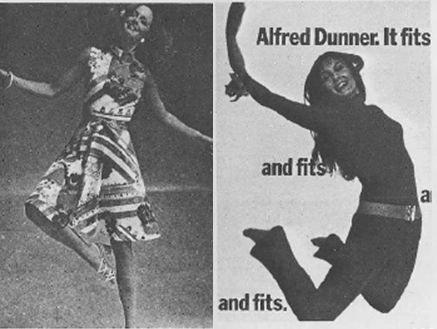 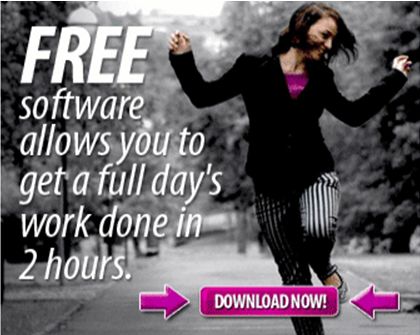 The clownish poses represent in these images clearly remind us some photos of female hysterics taken by Jean Martin Charcot (1825-1893) who was not only a neurologist but also an artist.

Charcot was the inventor/discoverer of the female psychic affliction of “hysteria” at the Salpêtrière asylum in Paris that confined four thousand incurable or mad women. For delving into the nature of hysteria, Charcot armed himself with photography. He extensively photographed the different stages and forms of hysteria and calibrated them into a general type called “the great hysterical attack.” Charcot believed that this attack proceeds in four phases, the second of which is called clownism or so-called illogical movements.

Image taken by Charcot and reproduced in Invention of Hysteria (Didi-Huberman, 2003, p.147) 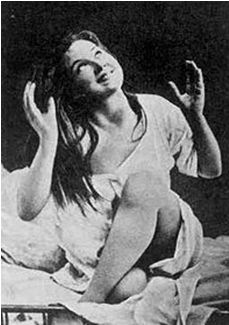 Charcot used the clowning to delegitimate so-called hysterical women, and Goffman saw such representations for what they are, a way to portray women as inferior, emotionally childlike, unserious.  Over 100 years later, images of clowning women are still used to reinforce gender discrimination and position females as inferior.

Zahra Kordjazi earned her M.A. in Teaching English as a Foreign Language, with a special interest in social semiotics, gender, visual literacy, and sociolinguistics. This post is based on her thesis, Images Matter: Gender Positioning in Contemporary English-Learning Software Applications, a semiological content analysis of gender positioning.

Women are apt to hysteria in the presence of salad: http://womenlaughingalonewithsalad.tumblr.com/

Google image "Man jumping in the air" and you'll see a ton of men "body clowning."

As mentioned in one of the last comment sections, this kind of posing also tends to put women in unbalanced positions, so that they're not just inferior by way of madness, but also unthreatening in that a soft poke cen send them tumbling down. Of course it could be that the unbalanced stance is a default for women in advertising, as they are almost never shown grounded.

I don't intend to argue "who was/is the most oppressed". However, as much as women were and are portrayed "as inferior, emotionally childlike, and unserious" in clowning ads, women weren't thought of as less than human as Black people (male and female) were (and still may be) thought of in clowning portrayals of "sambos".

So... I find the idea of the "clowning" states being more appropriate for women interesting... although just a few examples doesn't prove that - you have to show that it is significantly more prevalent for women than for men.

But I don't see how a more carefree pose inherently leads to support of a subordinate position... you could as easily say that it means that they are more open, and free to express themselves. It's the author seeing what they want to see.

One thing I find tiresome, is that it seems every time something is posted here as a small example of a much larger body of work, someone in the comments always rushes to say 'but this proves nothing with just a few images'. The text of this post clearly states that these images are part of a larger theory and body of work; and yet the author is expected to somehow reproduce that entire body of work in a single blog post to somehow prove its validity.

I'm not sure that these commenters understand the point of this website, or indeed the point of sociology as a whole; a source has been provided, and they are prefectly capable of going to that source if they want more information.

I get that this is just a little snippet of the analysis done on this but.....I don't find pictures of women happy and jumping for joy to be subordinate. Is it gendered? Yes, since we raise little girls in this society to be more expressive of their emotions and you don't see as many ads with men "clowning."  But does this somehow make women inferior? I just don't buy it.

The word "hysteria" is also interesting. It comes from "hystera" or "womb" in greek. Thus, a person who is "hysterical" is acting like a person with a womb. Another example of gendered language that people are not typically aware of.

[...] is a great piece at Sociological Images about “clowning postures” for women in advertising. I think [...]

I remember a commercial for Toyota when I was a kid where the happy Toyota owners would jump in the air.  I think both men and women leaped with joy.  I remember it because I decided to act out the ad, landed wrong, and tore a ligament in my ankle.

This is ridiculous, I see these poses intended to seem fun or silly, and excited, happy is key. I think the author is waaaayyy off!!!!