Just as “I’m not a racist, but…” is a sure sign that someone is about to say something racist, an essay that begins “I don’t want to trivialize the inhumane horrors that African slaves endured on slave ships destined for the Americas. But…” is certain to do just that.  Indeed, Steven Heller at Imprint began his post this way, going on to suggest that the design of modern airplanes “resemble[s]” that of slave ships.  As evidence, he recalls his own discomfort in coach and compares drawings of slave ships and blueprints of airplanes. 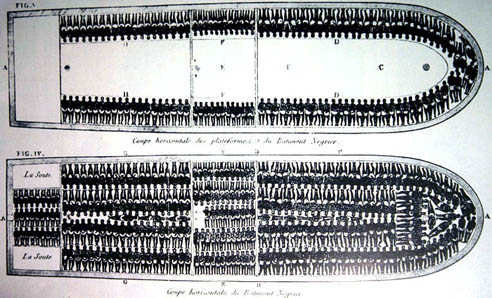 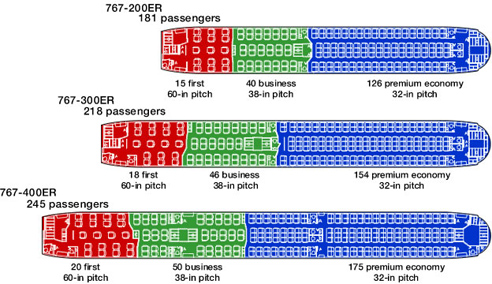 Heller prefaced his observations with a disclaimer because he knew comparing modern air travel to the slave trade was sketchy.  And it is, indeed, sketchy. The descendants of slaves live life with the knowledge that their ancestors were stolen, shackled, beaten, and denied their very humanity; at least they survived the trip across the Atlantic.  Nope, not like air travel one bit.

So, yes, it’s lovely to be clever, but it’s also lovely to be thoughtful and sensitive.  In this case, Heller’s desire to be the former won out over the latter.  Or perhaps he never really thought that anyone would seriously be upset by the comparison.  It’s obviously tongue-in-cheek right?  I mean, slavery has been over for, like, ever.  Or maybe he forgot that descendants of slaves read the freakin’ internet just like everyone else.

Who knows.  In any case, it’s a great example of the trivializing of the histories and traumas of a marginalized population.

Thanks to Dolores R. for the tip.

Unfortunately Heller is one of the biggest design commentators and has a huge soap box. I've never really understood why he is held in such esteem.

His writing is typical of sooo much graphic design writing, which take things out of their context and look at them as if they reside in a vacuum of design observation.

Classic privileged "but what about MY problems?" whining.

Unlike the airline passengers, the slaves were shackled to the spot for days and weeks on end, lying in filth and heat without pressurized, filtered air. No restroom breaks or chances to get up and move around. Does Heller discuss that?

He also mentions that the slave ship design is "efficient".

I just don't get it. What did Heller think this comparison would add to his piece? Can't he just write a stand-alone critique of air travel?

The thing that bothers me most about something like this is that how he even acknowledges that he could be trivializing the slave trade. If he knows that the comparison might do that... why go ahead with it?

> I mean, slavery has been over for, like, ever.

there's more slaves today than there's ever been.

Wow, so dumb. Somewhat off topic (however, this relates to the trivalization of the slavery trade, one of the worst chapters in U.S history) but the other day I was looking on Facebook and someone posted a model's profile from Model Mayhem and her name is Miss Genocide or something. What a dumb name. Genocides aren't glamorous or edgy or punk rock, and I was thinking how she'd feel if her whole family was slaughtered in a genocide. "Miss Genocide"? Wow, so edgy and cool.

I feel, as a society in the United States, we have learned to become desensitized to many dark chapters in the past and to this day: the slavery trade, the abuse of slaves, lynchings, the Holocaust, sexism against women, misogynistic violence against women (and still to this day), and of course, we block out the horror of current events happening in the world: deaths and destruction everywhere.

so it's easy for people to casually trivialize something as serious as this shit.

Simon - There are also more people today than there have ever been. I hear what you're saying (that there are still millions of people in slavery today) but one ought to exercise caution when making comparisons like this. I think it's also important to note that the demographics of slavery have shifted, as well as the types and conditions of slavery.

"The descendants of slaves live life with the knowledge that their ancestors were stolen, shackled, beaten, and denied their very humanity; at least they survived the trip across the Atlantic. Nope, not like air travel one bit."

Well it is similar in the way that the author is focusing on which is that they are both cramped and uncomfortable to be efficient.

The only similarities I see are that both slave ships and airplanes are longish with a round front and a flat back, and that there are linear configurations of humans inside. It's true that the two diagrams are strikingly similar but it's not all that uncanny. You could say the same thing about the way people are arranged in the shape of a passenger train, a bus, a minivan, a luxury cruise ship, etc.

I realize you're being facetious in that paragraph, Lisa, but it seems to imply that only the descendants of slaves could be offended by this. I hope that's not what you intended. I'm not descended from slaves--at least that I know about--but I still think he's greatly trivializing the issue.

Oh, and if I ever need to define "privilege" for anyone, I'll point them to Heller.

In airplanes, people move, go to the bathroom, eat and, most important, survive

All he did was remark that the layout was similar. How may of you guys actually read the article?

Dave Chappelle had an amazingly funny sketch: an infomercial from the makers of the TV series "ROOTS" where they were selling DVDs of the outtakes - onset bloopers and flubbed lines. He was definitely trivializing the slave trade for the sake of humor. Did anyone here have a problem with it?

He is talking about design, not experience. He is not comparing air travel and the slave trade, he is comparing ship design (a large, aerodynaic vessel designed to move large amounts of people using as little space and cost as possible)to jet design. I see so little difference here that I hardly think it's clever. But I surely don't think it's offensive.

It really depends what your frame of reference is for painful experiences. If you live an extremely hard life, say in Africa during the 1600 or 1700's, then being on a slave ship, while terrible, might not be much further down the scale in terms of painful experiences.

Comparably, if you live an extremely privileged modern life then having to sit in coach for an extended period of time might be an incredibly painful experience. For some people it might be further down the scale of painful experiences than a slave during the slave trade.

I think what you're rightly objecting to, isn't the trivialization of the slave trade so much as a life that's so easy that sitting on a plane could compare to the slave trade.

Yeah, I don't think I really feel the pain of my ancestors. The slave trade has been over forever. And I found it funny. You know, 'cause airplanes suck.

This is goddamn stupid. The slaves spent weeks in chains, in filth, poorly fed and watered in dark, poorly ventilated cargo holds. I mean, I hate flying coach as much as anyone; I'm a 6'2" tall man with broad hips and shoulders, so I barely fit in the seats, and certainly not comfortably. But I get off the plane in, at worst, 24 hours. I'm not living there, I'm not chained there, I get air-conditioning and maybe a meal and all the ginger ale I can drink and a modicum of dignity and I'm not a goddamned slave. Arguably the only thing in common between slave-ships and airplanes is that they're both dehumanizing design spaces to turn humans into cargo, but the whole social context surrounding it is different. This is the kind of moronity that only someone that's very smart but who is blinded by their ideology could come up with.

That's interesting. Thomas Harris has a character muse over exactly this comparison in Hannibal, at least with regard to the similar amount of room you get in Coach. Course, that character was the psychopathic cannibal Dr Lecter himself, so...

[...] Trivializing the Slave Trade — Or how to seriously misuse history and vast human suffering in order to be briefly clever. [...]

I can't get over how offensive this is. Not to mention the craptacular and almost entirely irrelevant analogy.

If he wanted to compare to immigrants in steerage, perhaps that would be more apt...? Although a few hours in a plane barely compares with weeks stuffed into a ship.

I once heard a flight attendant offhandedly tell another passenger that airline employees call the particular model of plane we were on "the slave ship" because it's so cramped. I do not now recall which airline it was, let alone the model, as I really hadn't thought out just what a terrible analogy it is until just now.

Is it just me, or was Heller's post updated with more images?