Leigh S. sent in a link to a story at The Week about a new Budweiser ad depicting a soldier returning home from deployment. It has gotten attention because some viewers interpret it as at least potentially presenting a gay soldier. See for yourself:

So…what do you make of it? I certainly don’t think it’s unambiguously a gay couple — it could be a friend or brother just as well. But it does show him calling that guy instead of, say, his parents (or the woman he hugs when he gets home), and that guy being the first to greet him.

For that matter, is the fact that a beer company would make an ad where they didn’t go to great lengths to make it 100% clear that he’s not gay itself a step forward?

From Abi, Kieran Healy, and the Survey of Earned Doctorates: 2009 data on the gender divide among doctorate-level graduates in academic disciplines (from most to least female by percentage).   View the full pdf for even more detail. 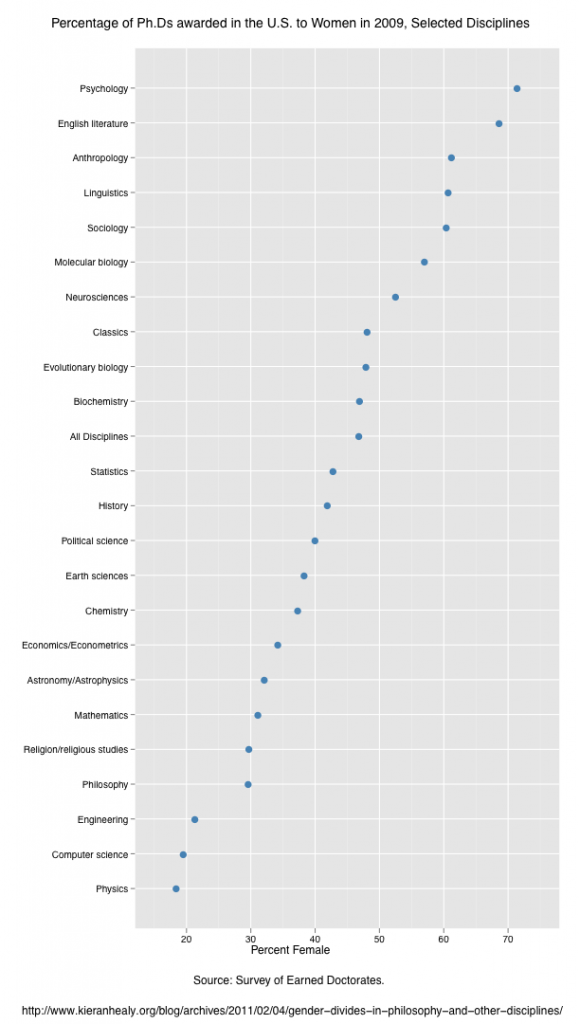