The U.S. Census Bureau has started releasing data from the 2010 Census. This map shows the change in the racial/ethnic minority (i.e., anything other than non-Hispanic White) population over the last decade: 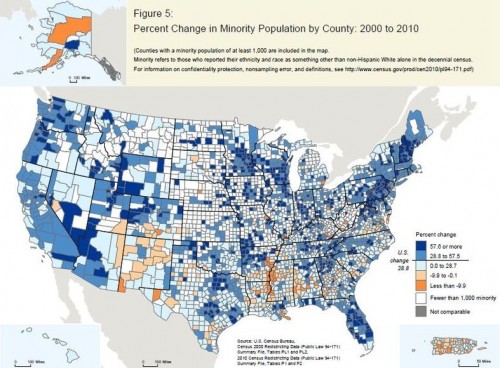 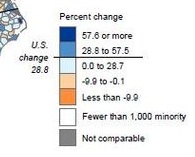 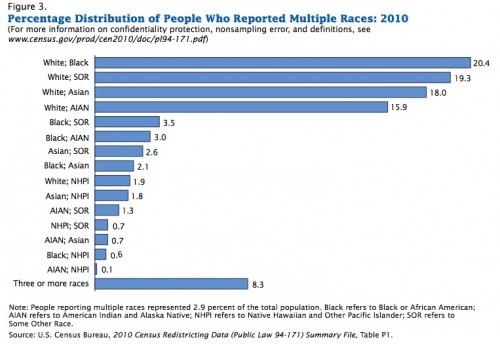 Laura E. pointed out that New Geography posted some maps based on 2010 Census data. Here’s the Hispanic population as a percent of the total population, by county (notice that the legend need to be multiplied by 100 to get the percent): 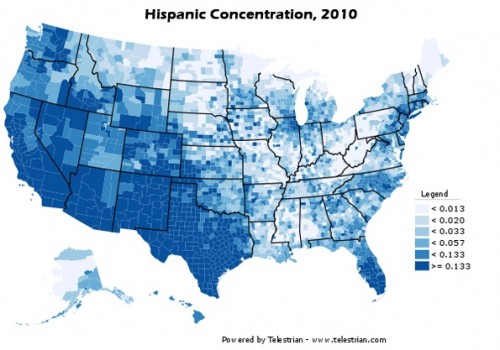 The African American population (alone or in combination with another race, and again, multiply by 100): 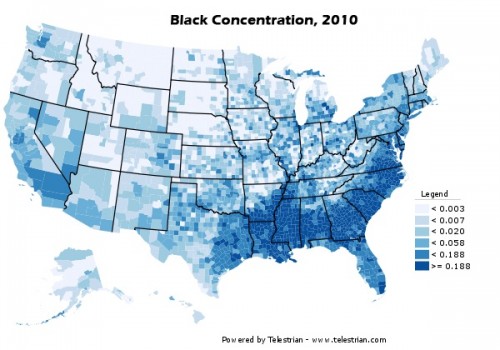 You can get amazingly detailed data here:

Zoom in and you get info right down to the individual census tract. I think it's great that the Census makes all this data available.

I wish they'd have made an even darker color for more of a range-- most of the SW is totally awash in blue, which doesn't tell you much that's useful.

Data And Maps…Understanding Your World And Place In It « Welcome to the Doctor's Office — March 30, 2011

Best of 2011: The Gulf Between the Young and Old Generations, Plus Other Demographic Stories #Fascinating « Welcome to the Doctor's Office — December 29, 2011

Thank you for this amazing product, i love reading your blog. Download Among Us APK for your Android phones now.