The Cool Factor and the Display of Disinterest (NSFW)

In an old post on the idea of cool, I summarized Susan Bordo’s observations in Twilight Zones:

…the art of being cool is appearing not to care… what marked someone as cool was their complete disinterest in you, everything you stand for and, especially, what you thought of them. Being cool is not being needy.

I was reminded of this idea when Ali S., M., Hishaam S., Dmitriy T.M., and Alian K. passed along a set of ads for a Dutch clothing company, Suit Supply.  Lauri Apple at Jezebel writes that they’re “creepy and porno-like” and I think it is the cool factor that makes them so.  Notice how disinterested most of the characters, especially the men, appear to be.  He lounges on the couch, entirely unaffected by the imminent humping behind him.  They screw on the kitchen counter, like it’s their same ol’ boring routine.  He casually lifts up her skirt, like it’s no big thing. 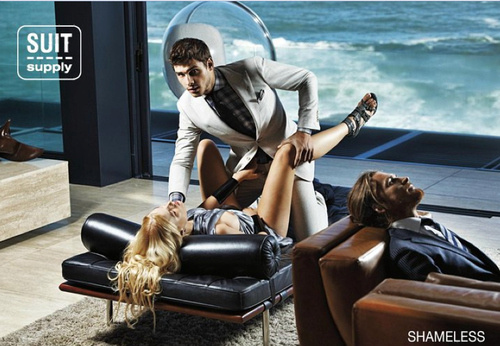 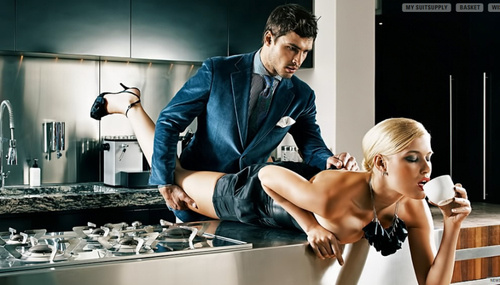 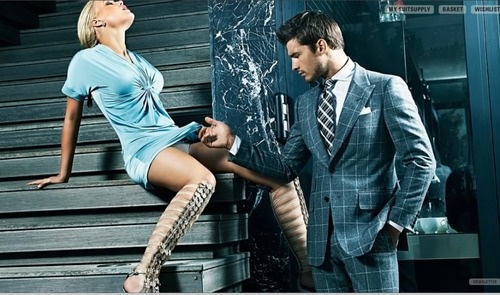 More (some not safe for work) after the jump: 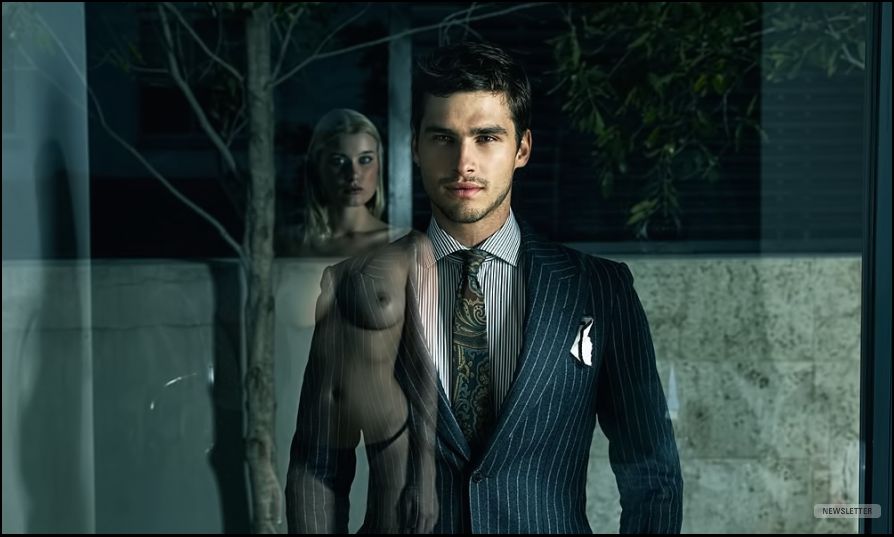 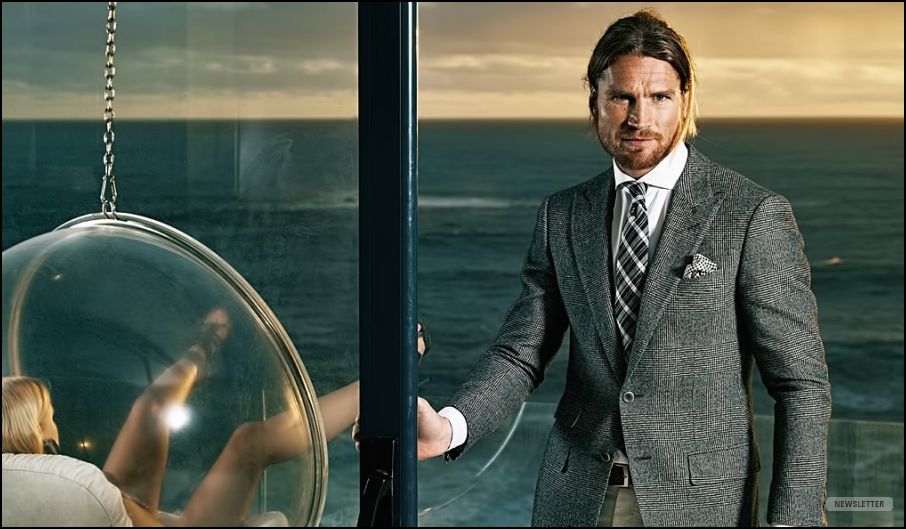 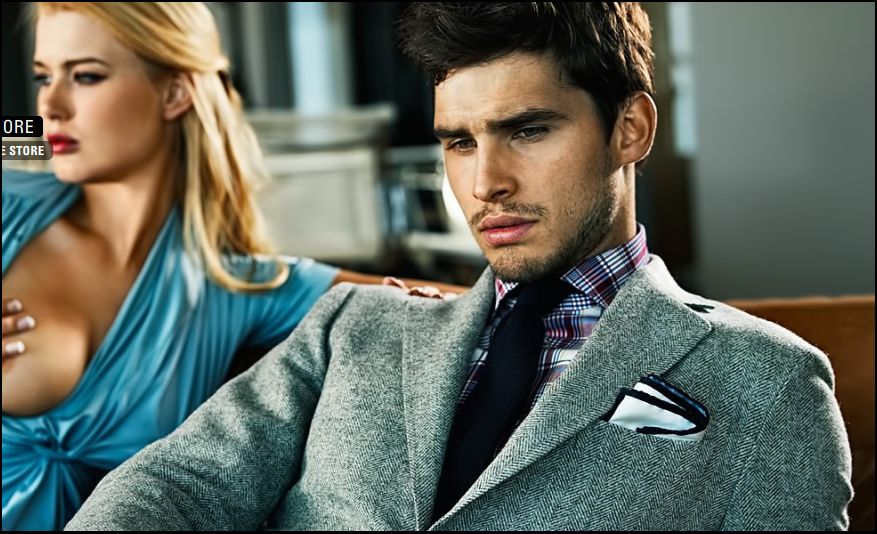 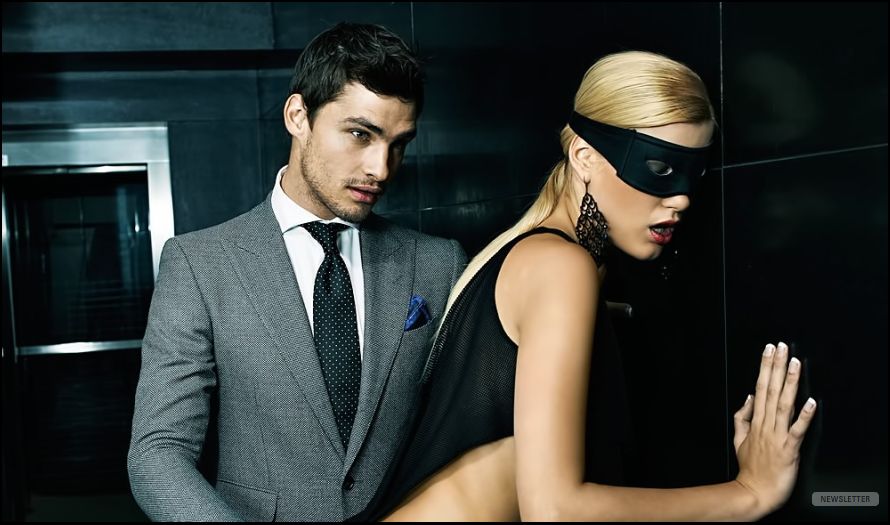 Man, is there some trashy male fantasy on display here! I love that third one, where he's looking up her dress like she's goods on display for purchase, and she's all writhing with her O-face like this is the greatest pleasure she's ever experienced. Because that's what satisfies women - a disinterested male checking out their lady parts. HOT.

What a bunch of savages. I pity their primitivity. We should liberate the Dutch from their degenerate society.

I don't know, I think they both look at least semi-interested in the last one.

Pretty sure the woman in the last one just finished barfing.

I can identify with the second one: Sure, I like sex, but don't get any ideas about it getting in the way of my coffee, buddy.

In some pictures they both seem disinterested. The man has her on the coffee table and she's busy drinking coffee. Then again the man seems interested when he is staring out the window at her naked. There is a back and forth of dis/interest going on.

Yes cool. I am cool if I can keep my cool. That's how I've always understood it. But while keeping your cool you can still show interest- just don't be overtly annoying about it.

Truth in advertising I say. These photos nicely highlight man+woman=yawn, so terribly boring. Thank you for the 1,342,601st reason I can be glad I'm not straight.

Honestly, in that first one, I thought the story was 'White suit guy murdered grey-suit guy and is now strangling the lady while White Suit Guy looks at you for approval.'

Also? The coffee woman has the right idea.

How come the men get to be fully dressed?

The 3rd-to-last photo made me do a major double-take... I figured out the perspective in a few seconds, but it seriously looked like a little girl's legs in that swing. Eeeeeww. (Don't tell me no one at the agency noticed anything...)

#3...That expression had all the rapture of a mortician. Like lifting up the hood of a car, more objectification methinks.

What if this is a campaign about struggling with one's sexuality. Maybe they aren't too cool for these sexy ladies. Maybe they are just not interested in having sex with women.

Or maybe those clothes are just so fucking lame and boring that the only way you can stand out while wearing them is to commit sexual acts with not-so-lamely dressed women in public. That is, if you can find any, dressed in a grey suit...

am i the only one who likes these? they're so over-the-top, i think they're funny, like they're almost satirical. and those young men do look dapper, so i suppose i don't see what everyone else does : (