Named after the classic New Orleans cocktail, the Sazerac bar excluded women until 1949 when the hotel’s owner, Seymour Weiss, moved it to the Roosevelt New Orleans Hotel and opened its doors to women.    Long thirsty for the best Sazerac in town, women crammed into the bar on September 26th.  The moment was captured in this fabulous photo: 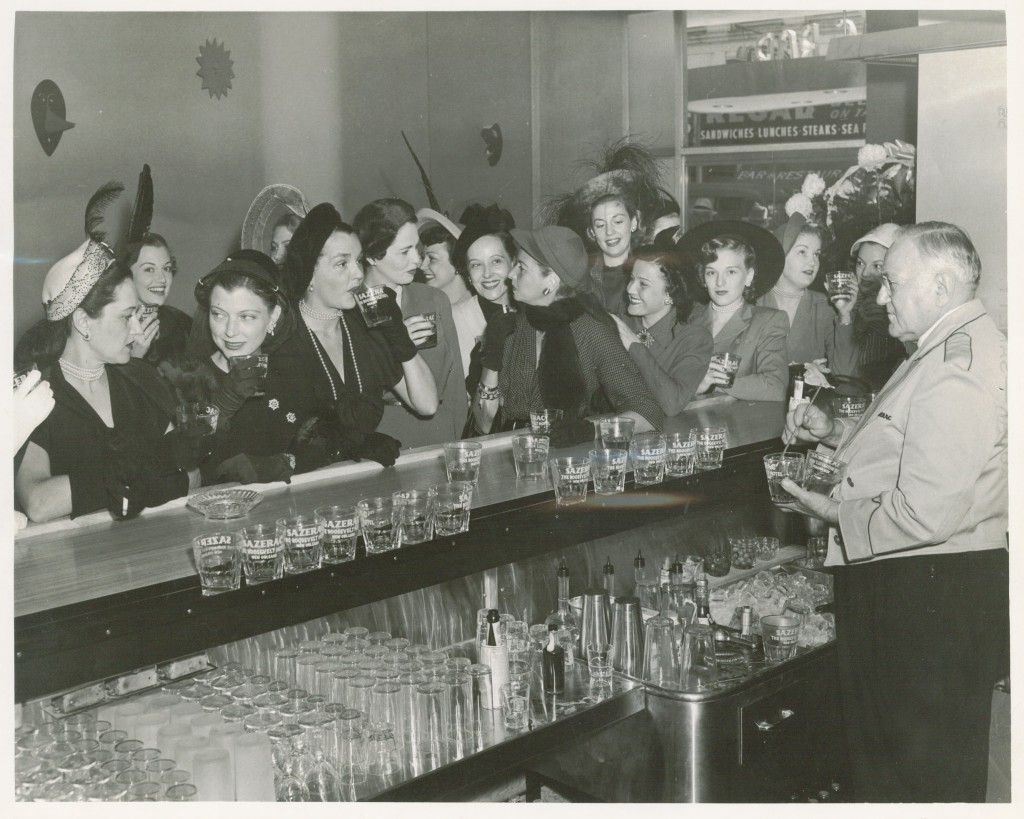 Last month the Roosevelt had an event commemorating 60 years since the “stormin’ of the Sazerac.”  My friend and photographer Brian Huff captured the re-creation: 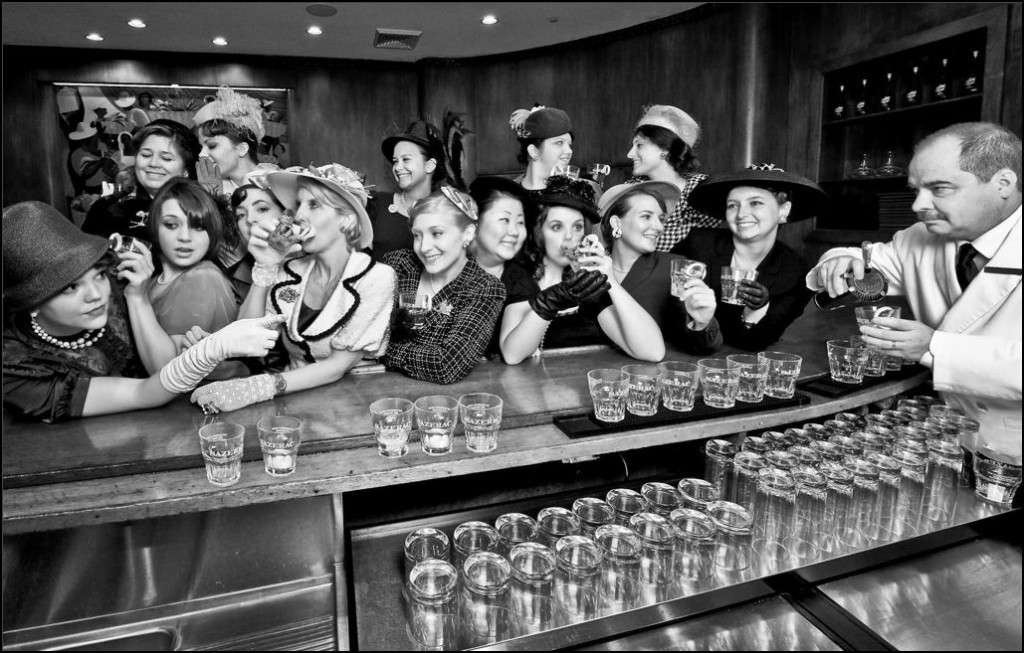 If anyone knows the photographer who took the 1949 photo, please let me know so that I can credit him.

Timely! The American Anthropological Association is holding their annual meeting in New Orleans next week, and we've been exhorted to try the sazerac cocktail. :)

"If anyone knows the photographer who took the 1949 photo, please let me know so that I can credit him."

There appear to be no black women in either photo. Not sure I'd be celebrating too heartily.

Does everyone above have no self-reflective capacity?! You all sound ridiculous.

#1) It's a 99% chance that the photographer is a "him."
#2) You can "know a photographer" the same way you can "know a book" or "know a football player" -- i.e., there was no grammatical mistake.
#3) Every bit of evidence of progress is ALWAYS attacked because it doesn't reflect some magical 100% complete state of bliss. Surprised no one brought up the fact that all of the women were examples of continued oppression because they're all wearing make-up or no one is actively breast feeding.

I have a quick question, where did you get the image from? I am trying to track the origin to ask permission to use the image.

Okay, one and all: raise your hand if you don't like attention.

I believe John Raymond 'Ray' Cresson Jr. was the photographer