U.S. Households and the Recession

Data from the Pew Research Center shows us the extent to which the recession has hurt the economic health of American households, especially the middle and working classes: 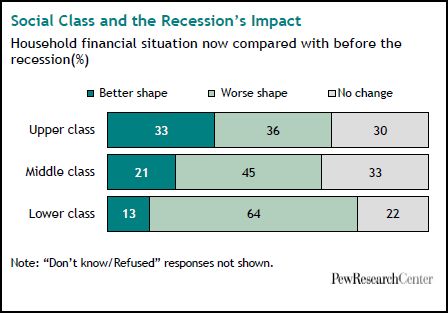 More than half of all Americans report some sort of work-related disruption: 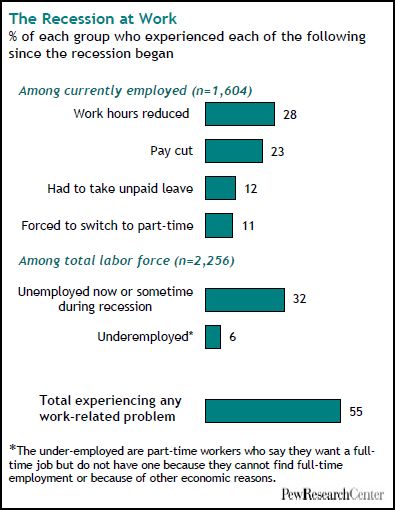 Nearly half state that they are worse off than they were before the recession: 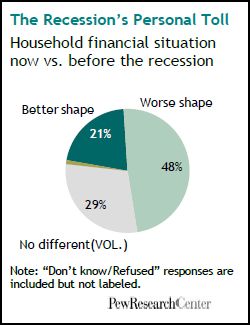 An additional four percent (since 2008) identify themselves as lower class: 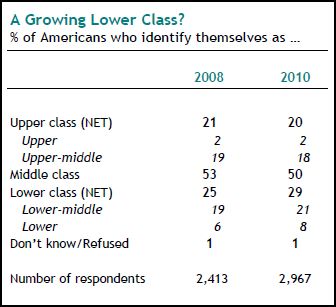 Blacks, as a group, are an exception to this overall pattern. The share of blacks who now identify with the upper class has gone up during this recession, to 20% now from 15% two years ago.

Forty-eight percent have lost equity in their homes: 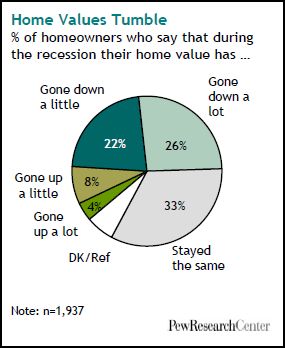 Sixty percent of Americans fear that they may have to delay retirement: 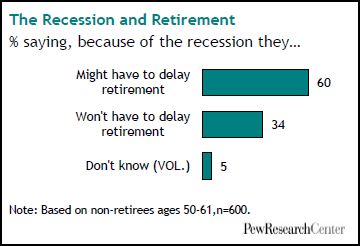 A larger percentage lack the confidence that they have enough income and assets for retirement, even compared to last year: 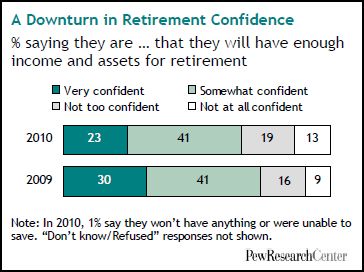 “Is America still a land of prosperity?” 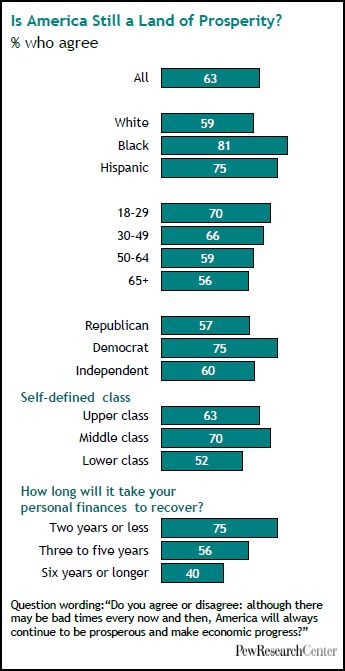 The question in some historical perspective: 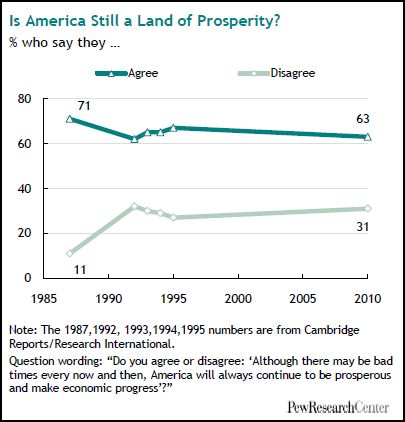 On the last one, the question text is a little strange. I'd more likely agree with the headline that America is "still" a land of prosperity, but if they ask whether it will "always" be prosperous and progress economically, I'd be hesitant... how long is "always"? Are we talking election of 4132 here?

The first graph seems to put paid to the rather offensive idea being bandied around that it's the middle class who've been "hardest hit" by this recession.

I feel like the question about retirement should have included an answer of "retirement? BWAHAHAHA"

The vast majority of people I know believe they will be working until they die.

Regarding the first graph--I'd be curious to see historical answers to the question "how has your household financial situation changed over the past few years?" I think it would be valuable to compare a "normal" amount of fluctuation in financial situation to what happened in recession. It's clear that it's been bad for people, but what does that distribution usually look like?

I am a bit concerned at how the survey asks takers to self-identify their class. My old sociology book mentioned that people seem to have a difficult time identifying their own class accurately.