The Graying of American Mothers

A Pew Research Center report on the changing demographics of American motherhood (discovered thanks to a tip by Michael Kimmel) shows that there has been a significant rise in childbearing among women at the later end of their childbearing years. 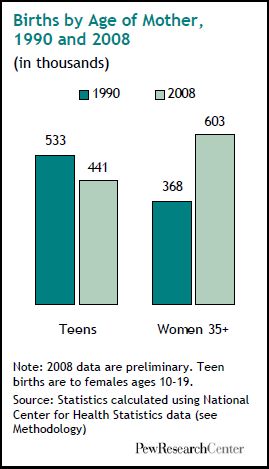 The share of all births that were to women over 35 also increased from 9% to 14%: 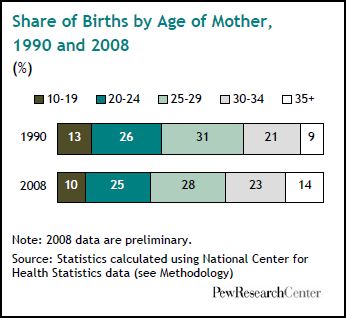 A look at the birth rates across women from 15 to 44 shows that fewer women between 15 and 29 are giving birth, but the numbers are up for all women 30 and over. 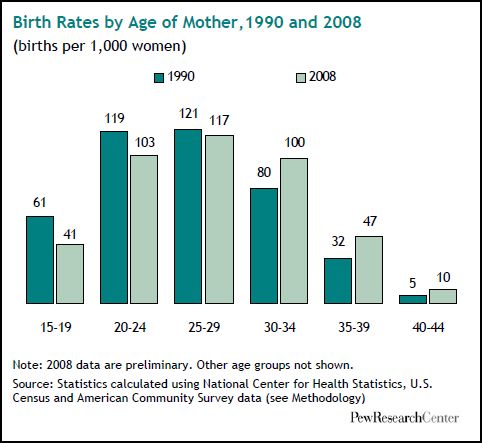 The data broken down by race also suggests that it is white and Asian women who are driving this trend: 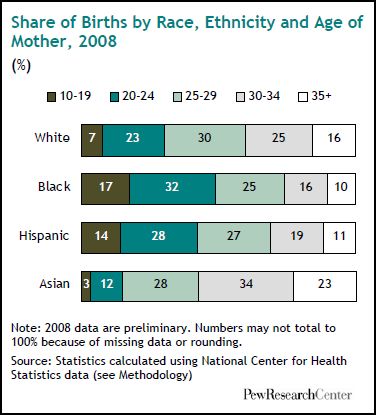 For more from this report, see our post on race trends in motherhood.

I'm a little freaked out by the mother age range of 10 - 19. I'd like to see that broken down a little further.

[...] recently discussed the trend of women having children at older ages. The Pew Research Center also just released data on women who remain childless. They defined [...]

[...] a recent discussion of the trend of women having children at older ages, the Pew Research Center also just released data on women who do not have children. [...]