Minstrelsy is a form of entertainment, popular from the 1830s till the early 1900s in which white, and later black, people painted their face black and performed a caricature of blackness.  The images below (borrowed from Jim Crow History and Wikipedia) are original advertisements for minstrel shows. 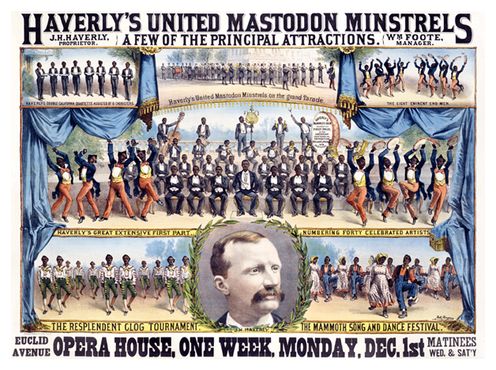 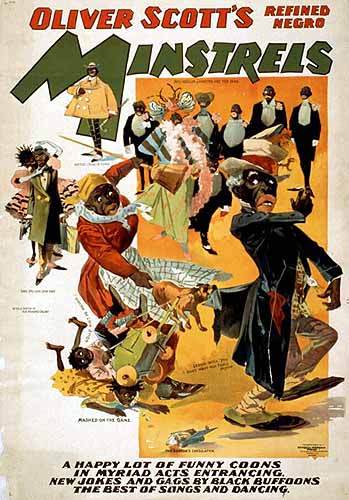 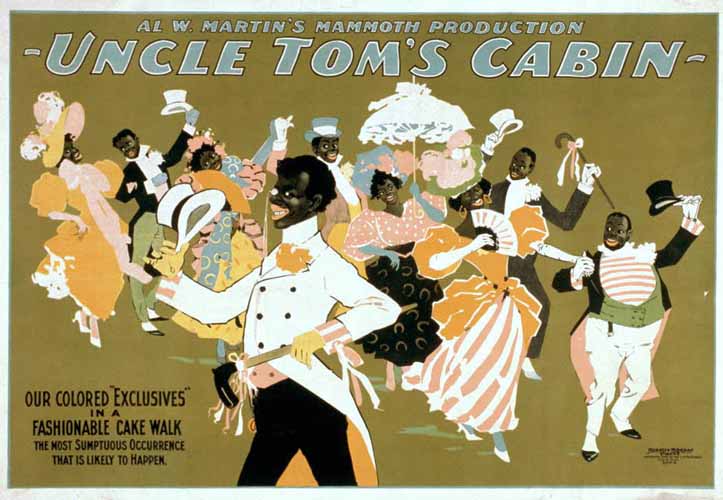 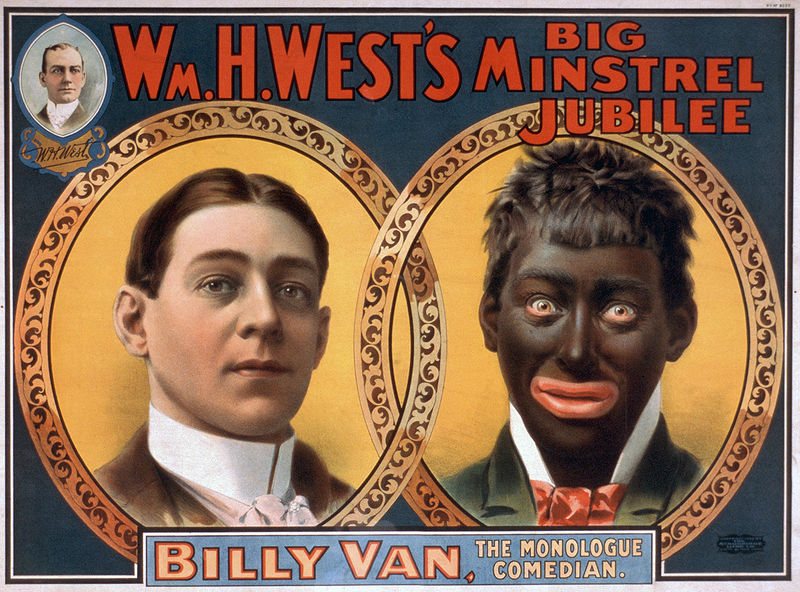 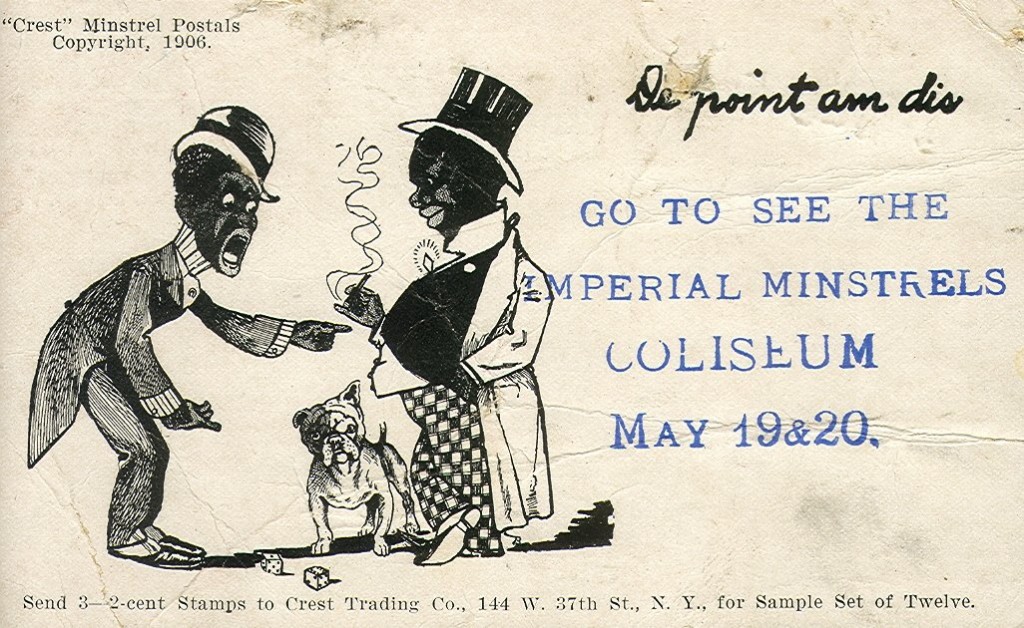 And for examples of modern reproductions of these stereotypes (literally), see these: one, two, three, four, and five.

It breaks my heart to see the rise in popularity of modern "blackface." Dismissing the legitimacy of gajillions of people based on nothing other than the color of their skin is abhorrent, and has no place in a society of "progress."

I find it interesting that something much more prevalent today (note: today!) than blackface is not mentioned: redface. See the ever 'wonderful' Twilight Saga.

I often argue that today's 'gansta rap' is a modern version of the minstrel show. While most performers are black, most record company execs (who call the shots) are white, as are the majority of rap-music consumers (I've read 70%?). So, we have black people performing white-held stereotypes of the dangerous, gun-toting, bling-obsessed and 'ho'-loving young black man, for a white audience. That audience, in turn, gets to indulge their own 'baser' cravings while distancing themselves from the social stigmatization and ego-threat that 'owning' those desires themselves would involve.

In England, we had the black and white minstrel show on primetime tv in the 1970's, when we also had alf garnett and his anti-racist racism (if that makes sense).

putting racism to one side for a minute, it is amazing to see the artwork here, and to consider the amount of time spent producing these.

that said, the third picture down, basically, what the fuck does he look like? it is so clearly a white man in blackface that it makes me laugh out loud.

also re: above comment about gansta rap. i have had similar thoughts, but then, isnt death row owned by dr dre of NWA fame?

Where is twelve in your list of hyperlinked numbers? :O

[...] if Sociological Images had already blogged it (and indeed they had). And they recently collected a set of minstrel images that make a nice context for what exactly it means to call those ice skaters that. But how exactly [...]

[...] the attendees – myself included – thought blacking up for a costume was unnecessary and clueless about the history of blackface at best, and downright racist at worst. Some people agreed with Craig Charles (who didn’t [...]