Katrin sent along links to visual portrayals of how much money goes, or could go, to various causes.  While sometimes it’s hard to comprehend what a billion, or 300 billion, dollars amounts to, these images give us perspective on just where our priorities lie.  The segments below are clipped from the visuals for the U.K. and the U.S. at Information is Beautiful.

The British example nicely illustrates how little social services like education, police, and welfare cost in the big scheme of things.

It also reveals how easy it would be to wave all of the African countries’ debt to Western countries. Just £128 spread out over the West.  Shoot, that’s the money for just a couple of corporate bailouts. 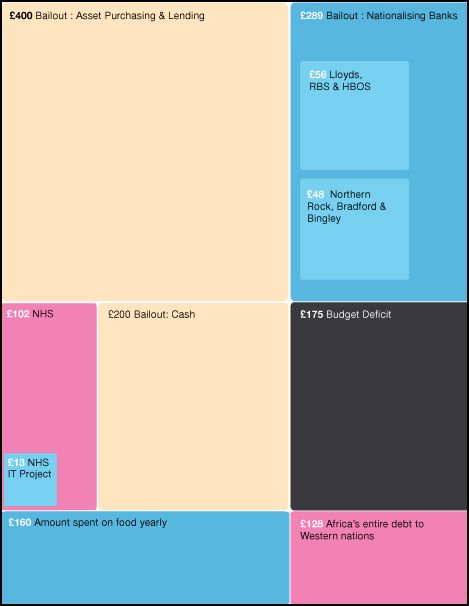 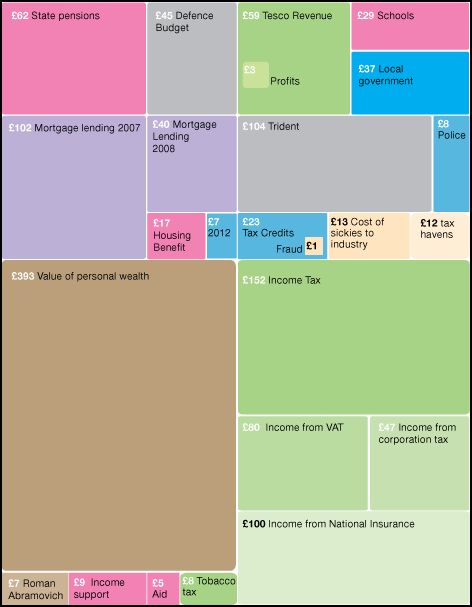 The U.S. example reveals how costly (just) the Iraq war has been.  All of our spending pales in comparison to that expenditure., with the exception of what we have spent bailing out the U.S. economy.

It also reveals that the U.S.’s regular defense budget is almot enough to feed and educate every child on earth for five years, and/or about the same as the revenues of Walmart and Nintendo combined.

Bill Gates could have paid for the Beijing Olympics and had money left over. 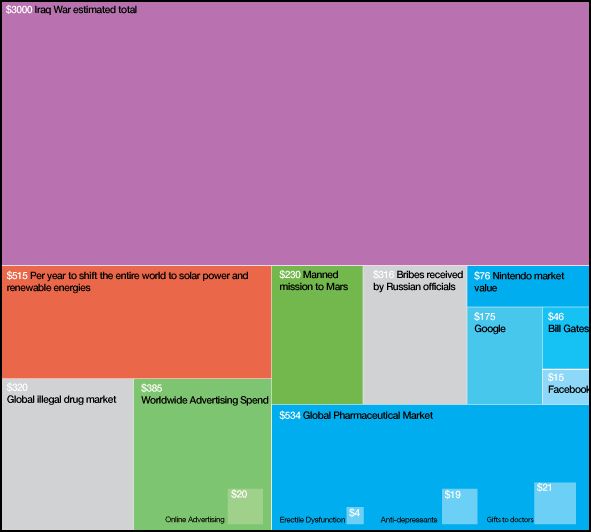 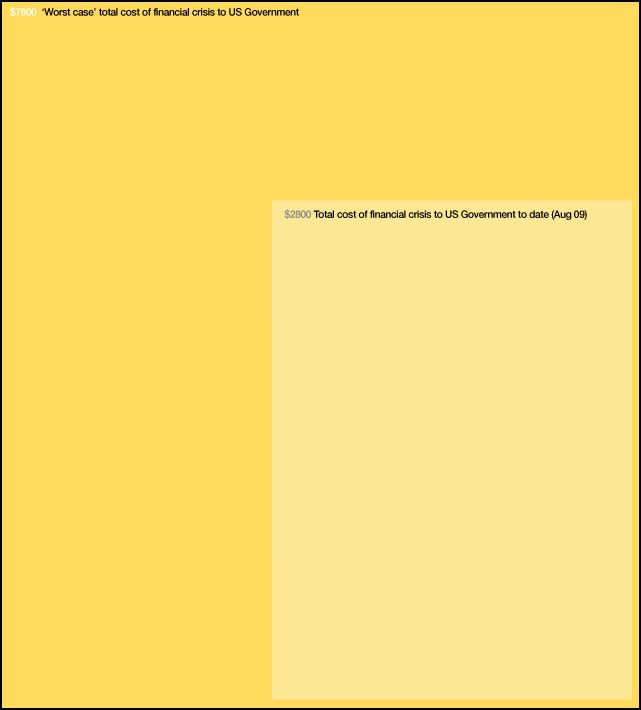 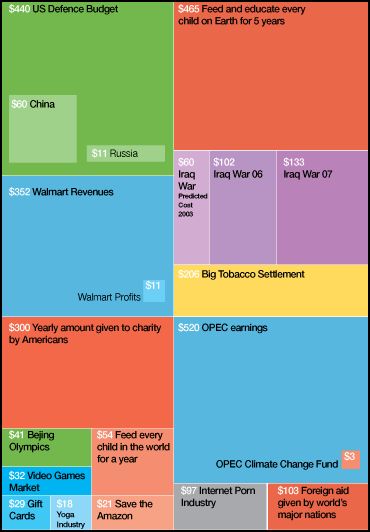 Dmitriy T.M. sent in an interactive breakdown of the US Budget for 2011.  In the figures below, the sizes of the squares represent the proportion of the budget, but the colors refer to changes from 2010 (dark and light pink = less funding, dark and light green = more).  These figures will give you an idea, but the graphic is interactive and there’s lots more to learn at the site. 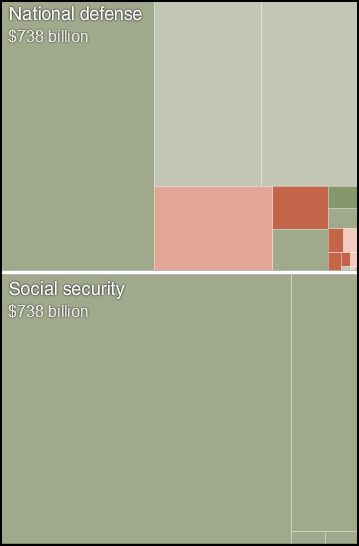 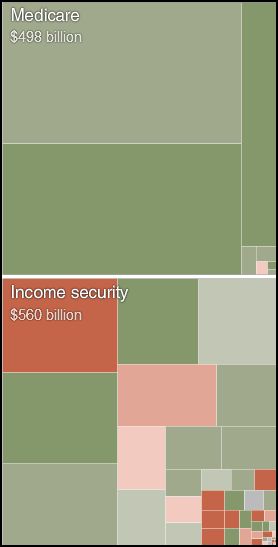 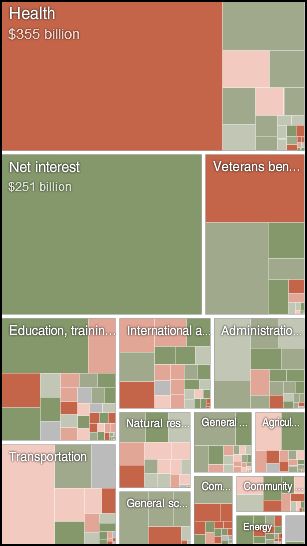 See also our posts on how many starving children could be fed by celebrity’s engagement rings and where U.S. tax dollars go.

This kind of thing makes me feel so ill about how we prioritise spending.

This reminds me of Neil Sinhababu's entertaining "War or Car?" blog, where he compiled lists of ridiculous things that you could do with the money spent on the Iraq war.

I also found it a bit jarring to see "Save the Amazon" on there. I tracked down their source, which is the size of the Amazon preservation fund that the Brazilian government hopes to create with international donations. Presenting a dollar amount that will "save the Amazon" seems to play into an idea that rainforest preservation is something that you can just buy -- but in practice that often translates into taking land away from indigenous people. I realize every number in these charts is an oversimplification and I just fixated on that one because of my political ecology background, but it does seem to sideline questions of structural change in the political-economic system.

[...] This post was mentioned on Twitter by Osocio, allisonkilkenny, SocImages, kris_burns, Elles and others. Elles said: How money could be spent. http://thesocietypages.org/socimages/2010/02/06/perspective-on-spending/ [...]