Below are three examples of the caricature of Jews promoted by Nazi Germany.  I borrowed them from this collection, where you can find many more if you scroll to the bottom (thanks to Kat, monosonic, and Lisa for the translations!). 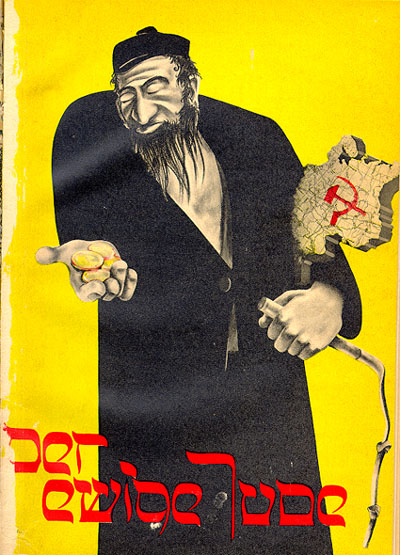 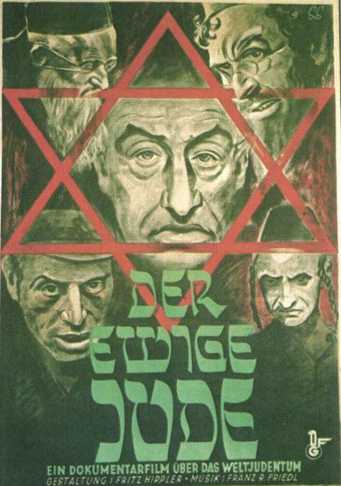 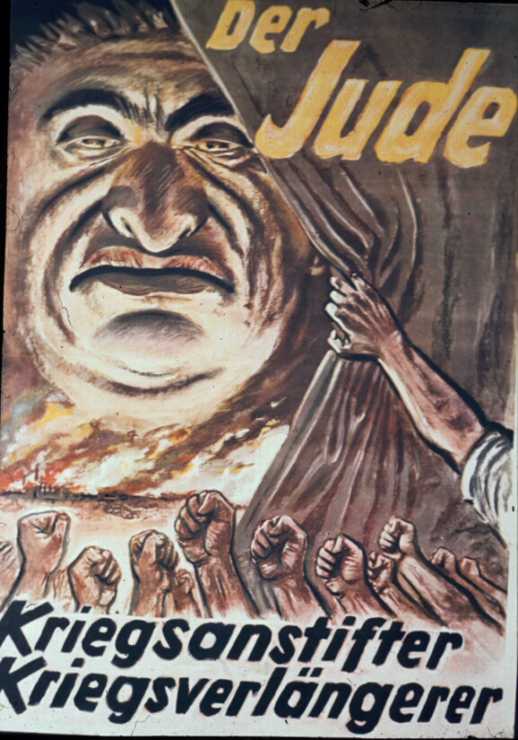 See our other posts on Nazi Germany: comparing German remembrance of the Holocaust and U.S. remembrance of slavery, Nazi symbolism, Nazi celebration of motherhood, the racialization of the Jews, Jim Crow-like segregation during the Nazi regime, and this sympathetic memorabilia website.

The other two are film posters Der ewige Jude

The other poster is:
"The Jew"
"War instigator"
"War prolonger"

your links are not working to your other posts?

I would love to know what the poster of the woman breastfeeding says. I can't read the typeface, apparently, to type it into a translator. Anyone?

Is that like a stock car? Can you order optional features?

Recently, I took a visitor to the concentration camp at Sachsenhausen. One thing that was preserved there that I haven't seen in any other memorials to the Holocaust was anti-Semitic cartoon propaganda. (Not my photo, but here's an example - http://www.travelblog.org/Photos/4057833 )

The walls of the kitchen area were decorated with colorful crayon drawings of vegetables and fruits, depicted clearly as Jewish stereotypes, being inspected, ridiculed, sliced up, and boiled 'alive.' The potatoes and carrots in the cartoons look much more human than the caricatures in the posters shown above, which made the inherent malice all the more striking.

What does "der ewige Jude" even mean? Does it mean that Jewishness is immutable and static?

Also, that faux-Hebrew script makes me think of the "oriental" fonts one might find in an American restaurant. Not a good look.

As a student of the German language, I have to vouch for the translations above- they are accurate.

Racism in Germany and racism in America are two totally different topics. We are talking about a country that thinks that no matter what happens they are number one. Then there are American views that says we are a "Melting Pot" and there are different types of races all around. I'm not trying to say that America is perfect and there is no racism. There is just the point that all of the Nazi Germans in the world think that they are the best. So these posters to them are what they see jews as, but to us jews (depending who they are) maybe perfect.

[...] spit on your crapulous creeds. This is the Craziest Shit Ever. Fo Sho.  Does this remind you of anything? 0 Comments tagged craziest shit ever, fnord, yikes. really? Leave a Reply Click [...]

Anybody notice any similarity between the above images and those in the Jyllands-Posten newpaper in Denmark that targeted Muslims?  Just asking...

[...] above poster is an example of Nazi anti-Semitic propaganda. It presents a grotesque caricature of a Jewish person. Such cartoons were used to fan the flames [...]

i love hitler my lord my god