Milk And Gendered Production And Consumption 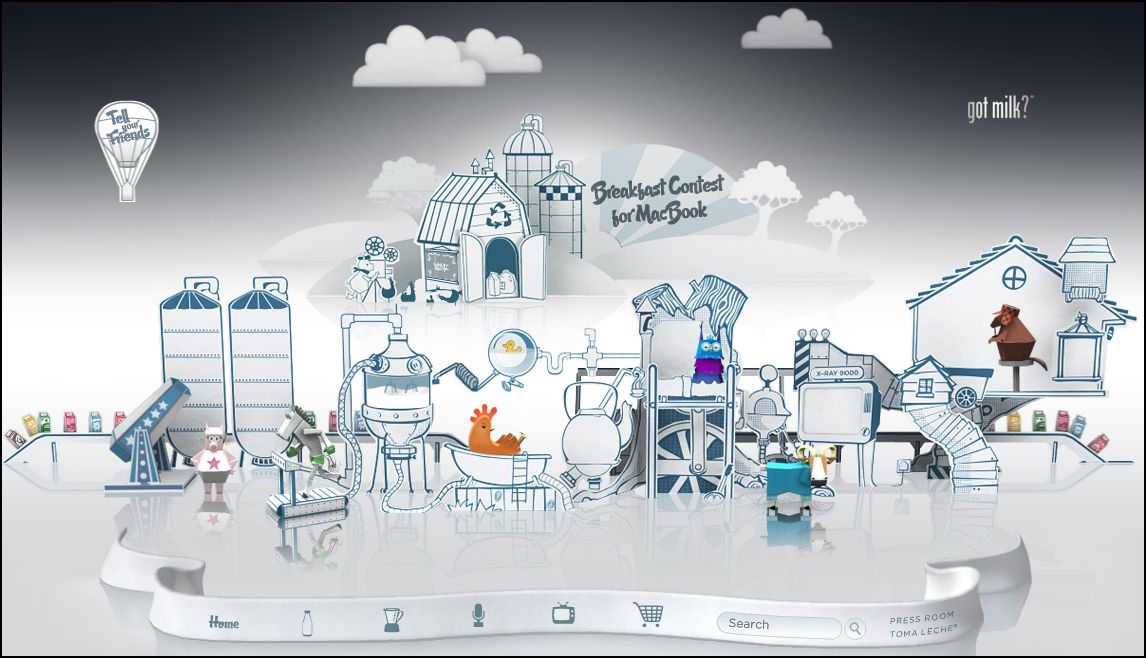 Clicking on each character takes you to a page where you can play a game related to a benefit of drinking milk.  As Adam explains, through the characters the website reproduces the idea that “men do things with their bodies and women have things done to theirs; men produce things, women have things produced for them.”  He explains:

Slav, Igor and Sergie work their muscles to solve a puzzle. 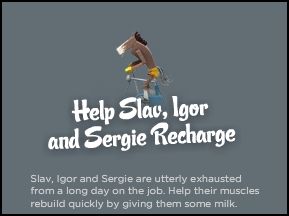 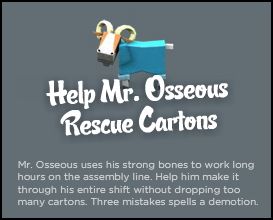 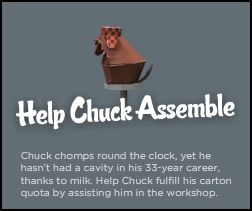 On the other hand, Miss Dowdy needs to be *given* a makeover by blasting from a cannon into a pool of milk filled by the truck driver and Mother Hen needs your help because she is “tense and irritable” from her PMS. 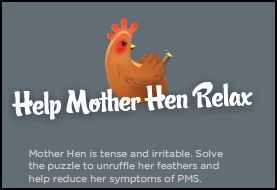 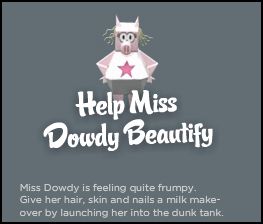 Also, Mr. Wyde A. Wake wants to be sleepy: 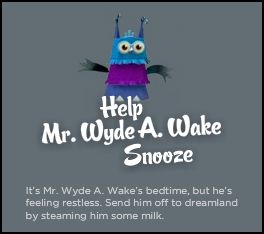 While the male animals are productive laborers, the female animals are either ditsy blonds or cruel old hens not worthy of the same honor, but still customers who need milk.

That is, men produce and consume the milk, while women only consume it.  Which is, of course, where the real craziness comes in.  Adam again:

While the male animals perform all the labor in the games, the literal labor of female cows giving birth in order to begin lactating as well as the exploitation of their bodies’ labor in producing all of the milk is completely absent. It is as Joan Dunayer writes in Animal Equality: within the dairy industry, “Milking is done to her rather than by her.”

Thus the game doesn’t just erase female labor in an ideological sense (as a reproduction of gendered stereotypes), it also erases the literal labor of female animals, without with there would be no milk to get.

Good thing milk is bad for you anyway.

I'm baffled as to who the target audience for this website is. Any ideas?

Lisa - what is really disturbing (to me) about this gotmilk interactive website is that there are NO COWS in the graphic. Where are the cows? I mean, an unending supply of milk is on a conveyor belt that emerges from underground, then returns - paradoxically - back underground after going through the games. That is sinister, and (for perhaps most people who drink milk) perhaps the most that people think about where their milk comes from.

Jillian - I was implying that I would like to know what logic and evidence you based your assertion on. (Just like I said.) However, you decide to give me a link to a special-interest group, not to scientific evidence.

It appears that your argument is based on the assumption that since 40% of the world cannot handle lactase (no citation for this assertion), that it is therefore not meant for all of humans' consumption. If this is the entire basis of your argument, then why not expand it to include peanuts, shellfish, eggs, nuts, soy, or wheat, since these foods are common allergens?

But yes, I do agree with your final point. Here is not the best place for this discussion. However, since I doubt that we could easily have a face-to-face to discuss it, I'll just say au revoir for now.

Oh lordie this is quite awful, isn't it? i imagine they're aiming at kids...the only ray of hope in all this is that children these days are so computer literate they don't need to solve puzzles to allay mother hen's PMS on the gotmilk.com website to entertain themselves (instead they're more content to play shoot-shoot-bang-bang 1p's and all that jazz)...quite the world we live in...

And mercurianferret has a point--where are the cows??? That the commodity of milk has become a product so abstracted and disjointed from its laborer is sickening. There's some Marxist commentary that could be done there...

If I were a farmer, I'd be very concerned if my chickens were menstruating.

Beyond the reproductive labour required to start the milk-producing process, these representations obscure the fact that actual sexual assault of cows (as well as bulls, to obtain semen) by humans is required for artificial insemination to start the process. The process is so horrifically vicious, that it's perhaps not surprising that milk producers see nothing wrong with the sort of gendered promotion of "their" product which is portrayed here; dairy milk is sort of a 'child pornography' for the gastronomic appetite rather than the sexual appetite -- exploitation and rape of bodies without consent, for the monetary gain reaped by consumers' enjoyment.

hells yea @MeToo!! I wonder if the rape of cows would be appropriate in a non-patriarchal society. The dairy industry is some really sick shit.

I read in "Neither Man Nor Beast" by Carol J. Adams that about 70% of factory farm workers (at least when the book was published) were non-white females. Adds to the absurdity that men are the producers of the milk... though who knows about the actual owners of these places.