“What Shall I Be?” Board Games for Girls and Boys

The 1966 and 1976 editions of this old board game illustrate both historical ideas about gender and the way they can change in just ten years. 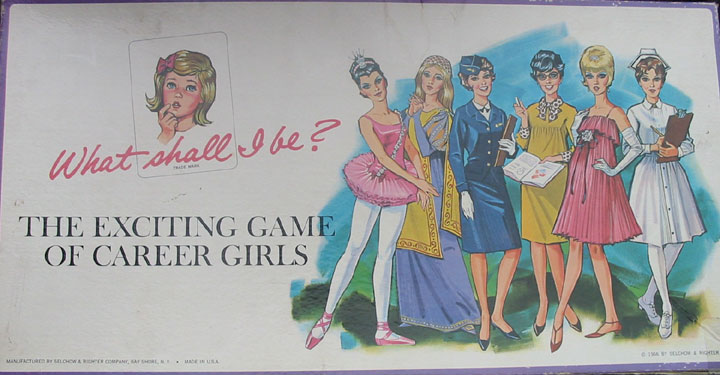 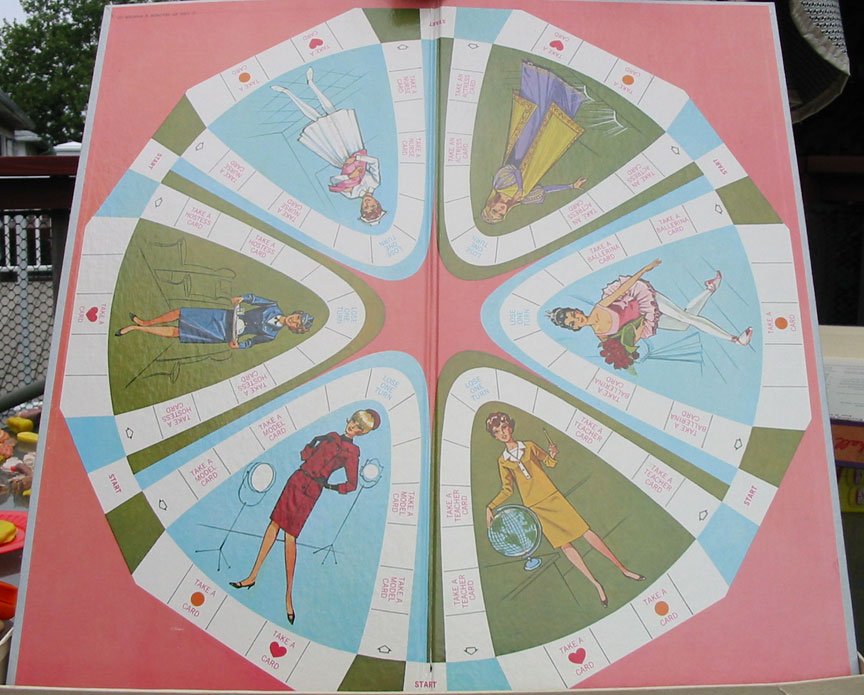 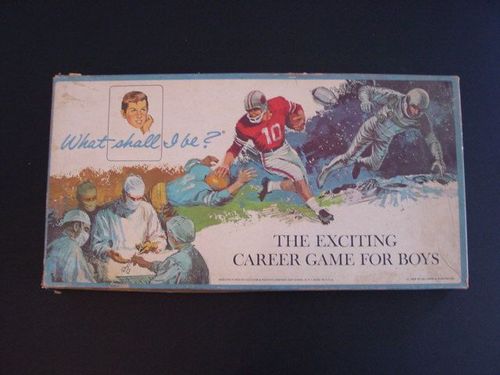 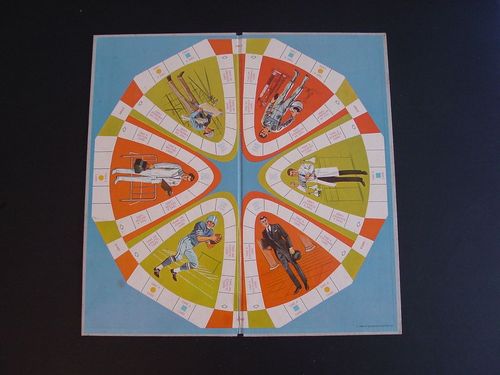 They revised the girl’s game (I’m not sure about the boy’s game) in 1976 (found here).  Girls could now choose between going to medical school to become a surgeon, the riding academy to be a jockey, flight training school to be an astronaut, college to be a commentator, drama school to be a director, and law school to be a lawyer.

I wonder if the revised boy’s version included going to college to become an elementary school teacher, to medical school to be a pediatrician, or to a dance academy to become a dancer.  I predict not.

Also, in ten years, one of the girls stopped being white. Which seems just as significant a change, in my mind.

They've got different taglines too: "the exciting game of career girls" versus "the exciting career game for boys." Presumably because girls might not have a career at all.

Also, in ten years, three of the girls have discovered pants. That seems a significant change too, probably coinciding with the death of skirt-based dress codes for girls in non-uniformed schools. Oddly, the surgeon is wearing a dress. I can't imagine surgical scrubs consisting of a dress, but maybe that's just because I'm too young to remember any such thing.

I think it's interesting that the pictures in the updated version are still "feminized". Did female surgeons really wear skirts? And what about the form fitting "ladies" space outfit?

I am in my fifties, and not too many people remember that the classified ads used to be divided by gender- - i.e. Help Wanted Men and Help Wanted Women.

(Found this through a link on GeekaChicas) As a child in the '70's, I was blissfully unaware of societal expectations. Though my mother stayed at home and ran the household until I was in middle school, she continually made it clear that I had as many career options as my brother. I'm pretty sure that game (especially the early version)would have made her blow a gasket.

I found this article when discussing old board games with younger co-workers. I received the orginal game in 1970 as a birthday gift and my mother threw it in the garbage can as soon as the guests left the house. Thank God I was raised by a smart woman!

I think this looks like a really fun game and i kind of want to play.

I loved the game and it was my favorite in the 70's. I still have it! Imagine this...my granddaughter plays it with me and we can just enjoy the game. No worries about who wears pants or who has tight clothes on. But she grows up in an age where Ellen DeGenerous and Barbie are both respected and cool. How easy it is when we don't overthink simple, fun game and can just picture ourself in that place. Both of my daughters are nurses, they wear dresses and pants...what's the big deal?

[...] overwhelmed by all the possibilities. The world is wide open! If only the classic board game What Shall I Be? had a career track for this. [...]

The 10 Most Offensive Board Games Ever Published | Acquaintanceship.tk — May 17, 2014

[…] had career options such as lawyers and astronauts. Fortunately, a diversion was updated in 1976, swapping a stereotypical women’s roles for such career paths as medical propagandize and law […]

[…] had career options such as lawyers and astronauts. Fortunately, a diversion was updated in 1976, swapping a stereotypical women’s roles for such career paths as medical propagandize and law […]

I remember this game, I had the 1966 version that said I could only be an actress, model, etc. It wasn't until I was in High School that I learned a girl could become a doctor.

You know, board games aren't for me either, but I like to play computer games. And even more, I like to pump up my characters in games. I usually watch various skins here https://dmarket.com/sell-tf2-skins, I don't like to look for something new, so I'm looking, maybe it will also come to you. Good luck with it!