“Above It All”: Homeownership and Class Privilege

This ad — found at the height of the foreclosure crisis in a magazine for the obscenely rich — points out that, for obscenely rich people, the crisis is a bonus.  What struck me most was the double meaning in the headline. “Above It All” has both descriptive and moral meaning.

It is also a good example of how the rich see the economic struggle of the masses as an “opportunity” to get richer. 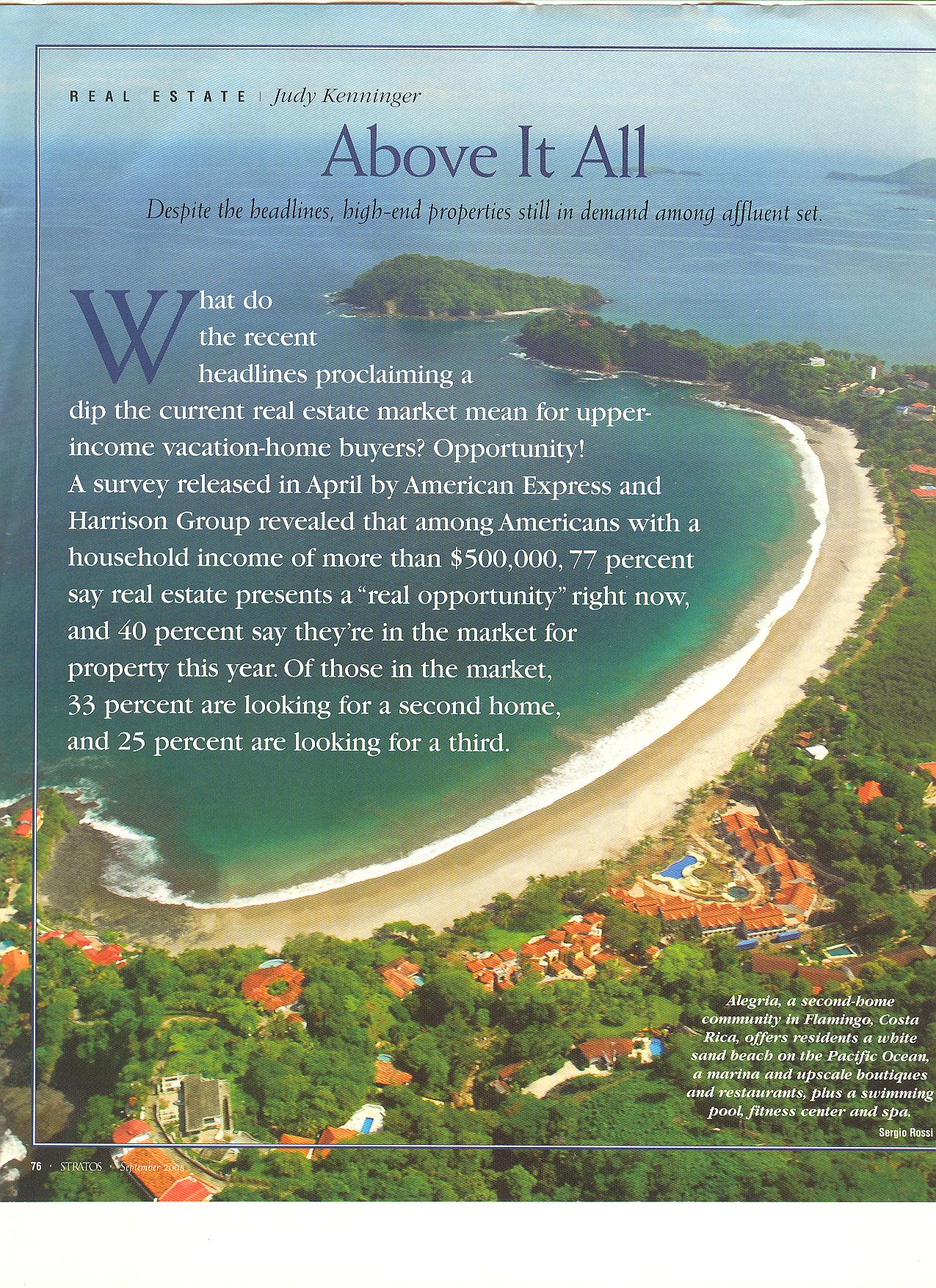 Despite the headlines, high-end properties still in demand among affluent set.

What do recent headlines proclaiming a dip the [sic.] current real estate market mean for upper-income vacation-home buyers? Opportunity! A survey released in April by American Express and Harrison Group revealed that among Americans with a household income of more than $500,000, 77 percent say real estate presents a ‘real opportunity’ right now, and 40 percent say they’re in the market for property this year. Of those in the market, 33 percent are looking for a second home, and 25 percent are looking for a third.

I know it's not sociology per se but I'd like to say how much it steams me that in the last 30 years of "trickle-down" economics, this is where all of the money is trickling down to. Thanks for creating jobs wealthy Americans!

3rd home? It is a shame some people don't even have a 1st home.

Is this actually an ad? It looks like the intro for a magazine story.

If it was an advertisement, I believe the company name would be more prominent on the page.

Practically speaking, it makes sense that there are wealthier people snapping up the "good deals" for real estate. There's no reason they'd feel too guilty to buy a couple of houses at dirt-cheap foreclosure prices. I doubt they'd stop out of empathy for "the masses", who would probably be more of an abstract concept than anything.

Sorry for the lack of clarity. It may not be an ad, but it was a one-page thing, for sure. It may be what passes for an article in the magazine (which was a travel magazine for the very wealthy).

[...] class.  For me, paging through magazines aimed at the super rich (see other posts from them here, here, and here), is kind of like flipping through Maxim.  There’s a whole world out there [...]

[...] class.  For me, paging through magazines aimed at the super rich (see other posts from them here, here, and here), is kind of like flipping through Maxim.  There’s a whole world out there [...]

[...] I got the ads and articles aimed at exeedingly rich people that I have been posting recently (see here, here and [...]

[...] I got the ads and articles aimed at exeedingly rich people that I have been posting recently (see here, here and [...]

[...] people I know who are upper middle and upper class are considering this a great time to invest (see here for an example).  They look forward to ultimately benefitting from this economic [...]