Here are some graphs on the income and wealth gap between Whites and Blacks in the U.S. 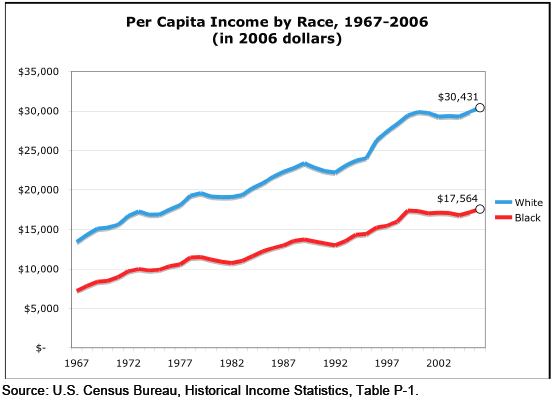 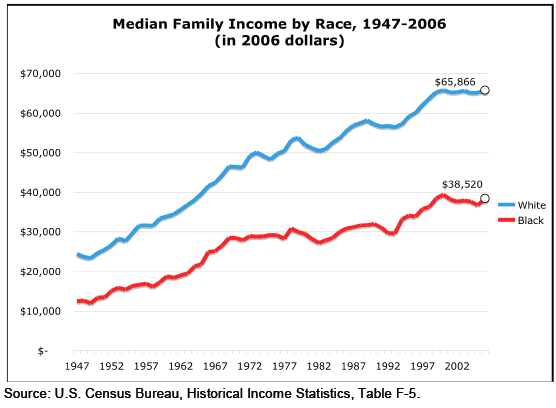 This next one shows homeownership rates. I know some people are going to point out that Blacks are more concentrated in urban areas than Whites are, and so it might make more sense to break down homeownership by area (rural, urban, suburban). While that might be a legitimately useful comparison, it also brings up the question of why African Americans would be more concentrated in urban areas, which could lead to a discussion of government programs that encourage Whites to buy homes in the suburbs after WWII while denying those opportunities to Blacks. 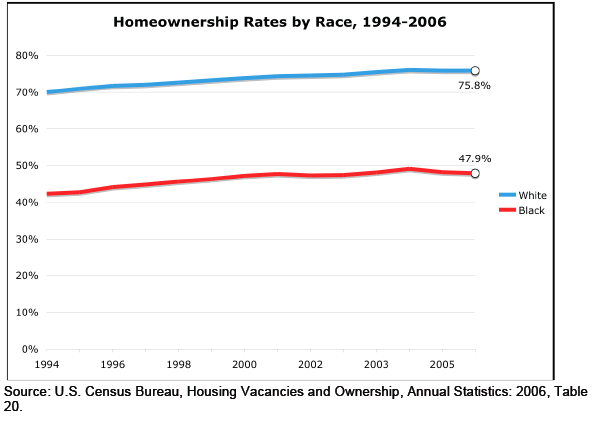 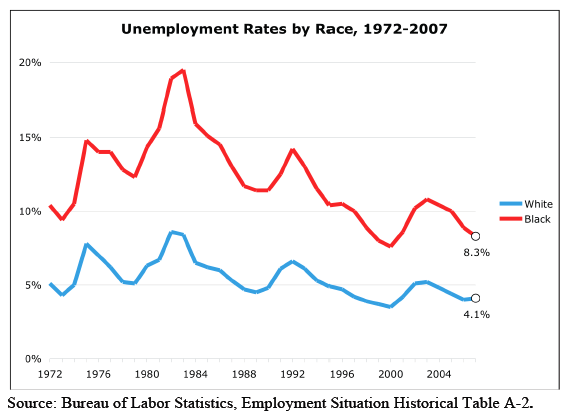 This one shows the slow but steady trend toward resegregation of our schools: 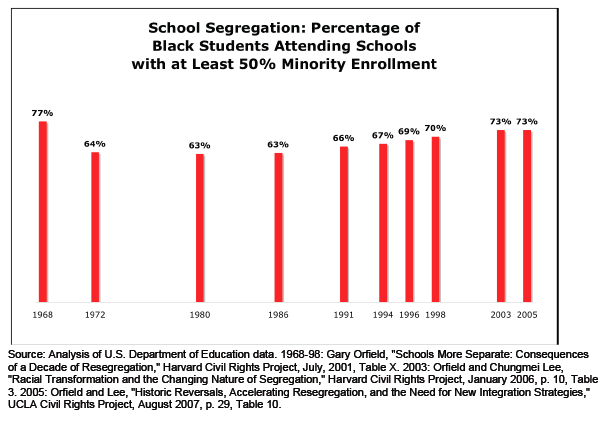 All of these were found at the Working Group on Extreme Inequality website.

Of course, "black" and "white" are social categories without a basis in nature. Graphs like that seem to suggest otherwise, however -- as though there are essentially clear-cut divisions between 'blacks' and 'whites.'

Of course, there are other definitions (e.g. of "employment") underlieing the graphs, but they don't involve claims to the effect of being a matter of natural binaries -- rather than socially constructed and contested ones that can change, that can be interpreted differently, etc.

To get into jargon, basically I'm saying that those graphs reify race (as a set of pigeon-holes that supposedly are natural)

Yeah, that's always true when you discuss race. I always explain to my students that I present information about racial differences in class b/c, though the categories aren't biologically meaningful, in a society stratified by race, they are SOCIALLY meaningful, and thus worth looking at in a sociology course.

[...] is a (flesh-colored) band aid, at best.  If we don’t do the other stuff (e.g., challenging the web of racist institutions that preserve class and race privilege), then no amount of fried chicken [...]

[...] addition to differences in income, there is a persistent wealth gap between black and white families in the U.S. The term [...]