Report from a Palin Rally

Muriel M. M. went to a Palin rally and sent us her pictures and thoughts.  She says that she waited three and a half hours to hear Palin speak and then left in frustration; so there will be no pictures of Palin.  She did, however, make some observations about how people were showing support for Palin.

First, she thought the pins were interesting.   Notice the gender binary and heteronormativity in this first pin (the “hero” and the “mom”): 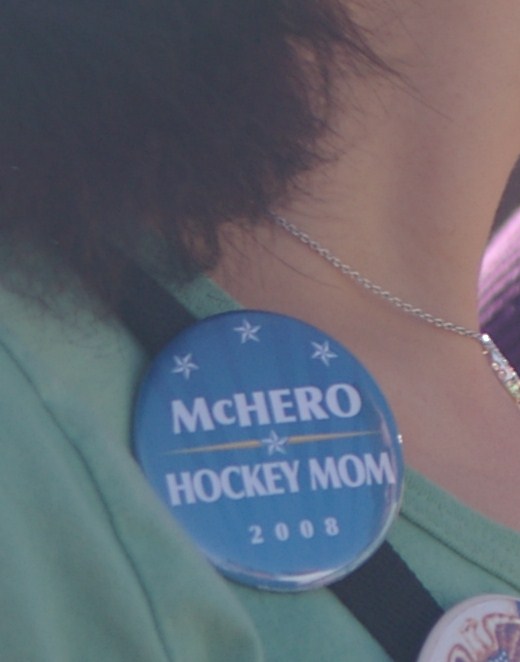 Muriel noted that in the “Read my Lipstick” pin (below), Palin is looking at the viewer, not where she is aiming.  It also reads “Change is Coming.”  I hope it’s not coming down the barrell of a gun.  Just saying.

The other pin (also below) reads “You Go Girl,” playing on the shallow when-women-do-what-men-do-we-should-be-proud-of-their-cute-adorable-selves version of feminism that actually trivializes women. 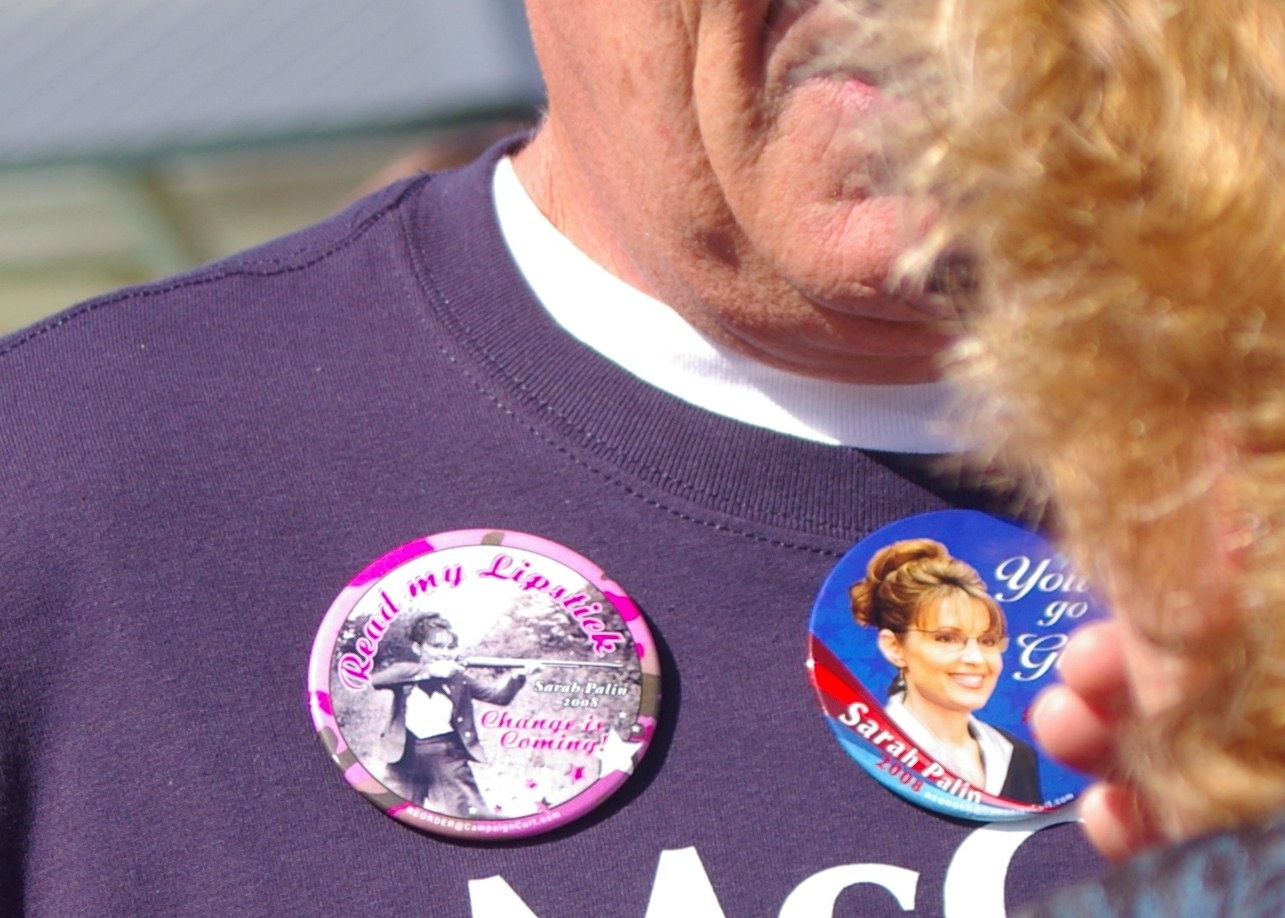 Second, Muriel reports that there was A LOT of pink at the event–“hats, ribbons, Tshirts… pins”–and that this is in stark contrast to Hillary Clinton events, which downplayed the femininity thing.

Finally, Muriel explains that women, often ones wearing no make-up at all, would hold “…lipsticks high in the air like you would do if you were at a concert and holding up a lighter.” 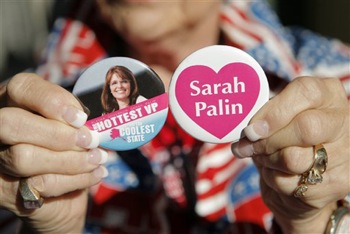 You're welcome! And thank you for posting the images I shot.

The lipstick in the air thing is what killed me the most. Try as I might to get a picture I couldn't. Instead, the image is seared into my brain. My initial reaction was to roll my eyes and laugh a little because I thought the women doing it were joking. Then it happened again and I realized they were serious. That's when I started getting scared. Very scared.

[...] a comment » Reports from all over are stating that the new color of the McCain/Palin campaign is breast-cancer pink. There’s [...]

Sad that this blog is so blatantly biased. Go to any Democrat rally and you'll see stupid pins there too.

I am so sick of selling "pink" to women, or selling women as "pink" (it goes both ways). I hate pink, I think it's an obnoxious color, as is yellow and any other day-glo color. i'm sick of the "feminization" of products for women being the addition of a soft color or some flowers. One very good example: https://www.ladiestoolsonline.com/tools.asp?tt=14&tid=68 The caption reads "Who says you have to sacrifice style for function?" Ugh, if a bright pink tool set is "style', I'll stick with a scary ol' manly tool set, thank you.