Getting the Girls Out of View, Literally

Dubi K. sent in these two images (found here) and some commentary. This first image came from an ultra-orthodox Israeli newspaper: 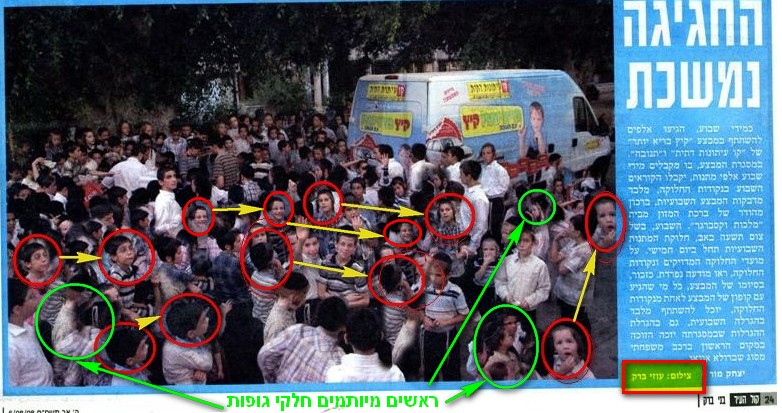 As you can easily see, it was heavily photoshopped – kids are
duplicated all over the place. Originally, the people who posted this
image on an Israeli forum thought that the publishers of the paper
were trying to make it look more crowded, as it was an event sponsored
by the paper.

But here is the original, non-photoshopped image: 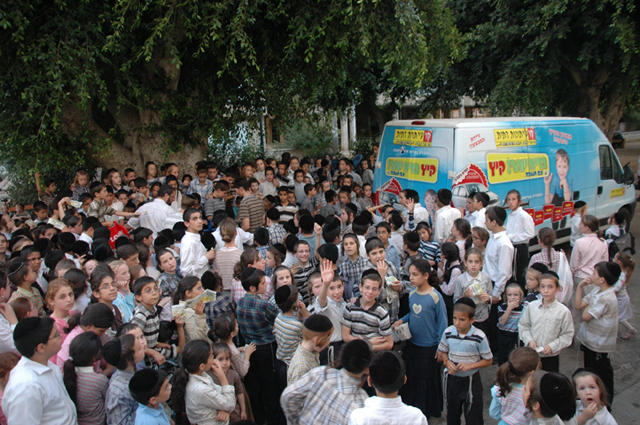 A careful comparison will show that all duplicated children are there to hide girls…It’s commonplace in ultra-orthodox papers that pictures of women are not shown (including Israeli foreign minister Livni and US Secretary of State Rice), to prevent impure thoughts in the minds of the readers. Here they simply took this idea to its logical extreme. It’s the obverse case of the sexualizing of women that you normally discuss in your blog: rather than take women and present them as merely sexual beings, these “traditional” papers assume that women are merely sexual beings in the eyes of men, and so they completely eliminate them from view.

Awesome images and analysis, Dubi! And if you just happen to read Hebrew, you can read Dubi’s original post about this here.

[...] see our post on an ultra-Orthodox newspaper that airbrushed girls out of a photo of children. tags: color, gender, Israel| Permalink| WOMEN/MINORITY PH.D.S IN [...]

My Aunt is usually the only one, or one of a few women on the board of directors for big companies. She always wears a brightly colored dress for the photo ops so you can see her in the sea of suits. :)

[...] women, or images that create “impure thoughts” in readers. See for example these below (again from Sociological Images; see that site for helpful links) from an ultra-orthodox Israeli paper. Again, compare the top [...]

I think it's hilarious that these Men in this culture admit that they have no self control. "A woman's photo is in the paper, I must have sex right now"! Why not apply that to cigarettes, alcohol and chocolate? I could understand it then.

[...] Sociological Images pointed out, this isn’t the first time an Orthodox newspaper has digitally manipulated a photograph to [...]