Black Men Not Allowed to be Angry, Not Even About Racism

Speaking of the “angry black man” stereotype and the idea that being angry about racism is out-of-line (see point three after the block quote), a statue of Martin Luther King, Jr. commissioned by the U.S. government was considered too angry looking by the U.S. Commission On Fine Arts (see news stories here and here). Its sculptor was required to make him seem less “confrontational” before it was allowed to be installed on the National Mall in Washington D.C. 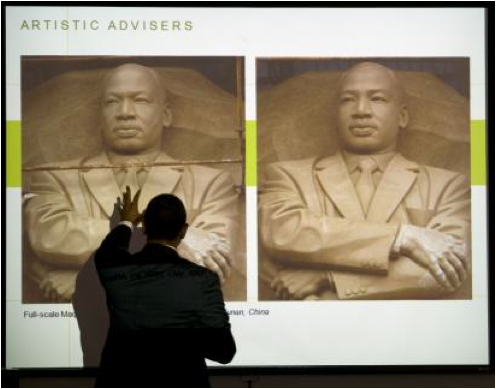