Comparing Coverage of Obama and Clinton

Alongside an article in the New York Times today was this graph comparing the percentage of positive statements made about Obama versus Clinton by the media over the course of the primary race.  The article discusses whether players in the U.S. media think their coverage was sexist.  Lots of people do not think so.  It has some really interesting quotes from people in front of and behind the camera. 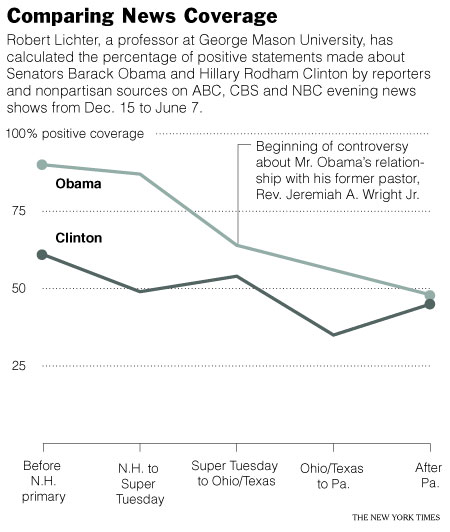 Click here to see a montage of sexist statements about Hillary Clinton by media pundits.