The propaganda below, from World War II, was distributed by the U.S. government.  In the posters, venereal disease (later known as sexually transmitted disease, and even later as sexually transmitted infections) is personified as a woman. Remember, venereal disease is NOT a woman. It’s bacteria or virus that passes between women and men. Women do not give it to men. Women and men pass it to each other. When venereal disease is personified as a woman, it makes women the diseased, guilty party and men the vulnerable, innocent party.

In this ad, the soldier is made innocent with the label “The Young, The Brave, The Strong.” The first girl is labeled “prostitution.” She says to the soldier: “Two girls I know want to meet you in the worst way.” The two women on the stairs, with the faces of skeletons, are labelled “syphilis” and “gonnorhea.”

Text: “Warning: These enemies are still lurking around.” The women are labeled “syphillis” and “gonnorhea.”

This one is my favorite. A female skeleton in an evening gown walks with her arms around Hitler and Hirohito. The text reads: “V.D. Worst of the Three.”

At least some of these can be found here. Thanks to the unbeatablekid pointing out a source in our comments.

NEW: Marc sent us a link to these images (all found here): 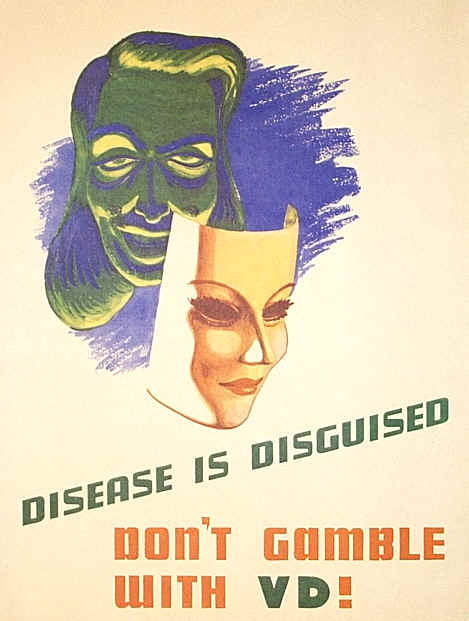 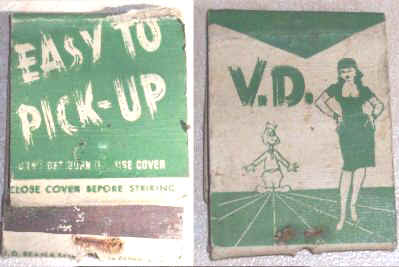 A pamphlet distributed to soldiers: 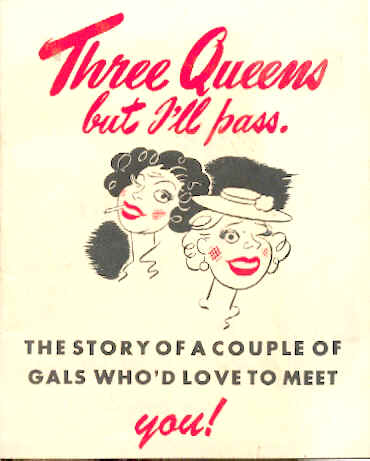 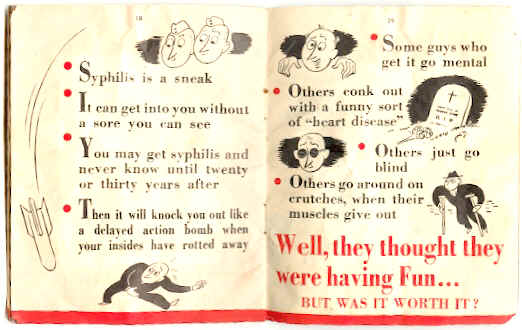 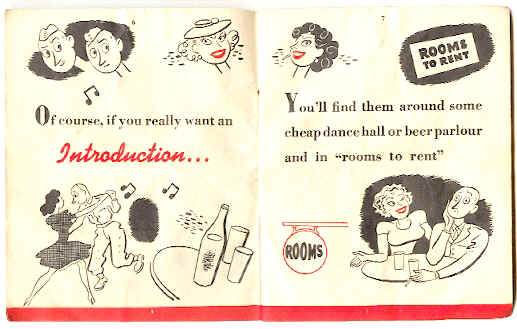 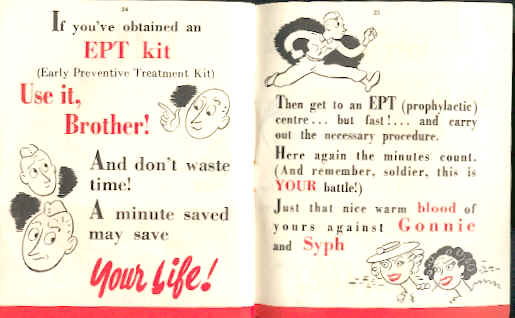 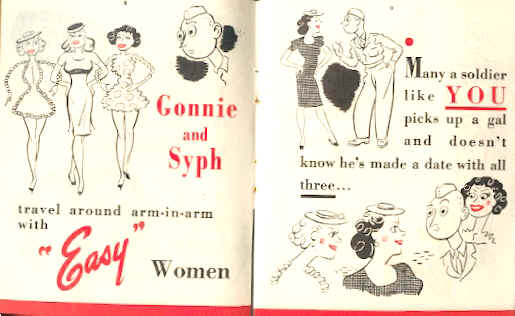 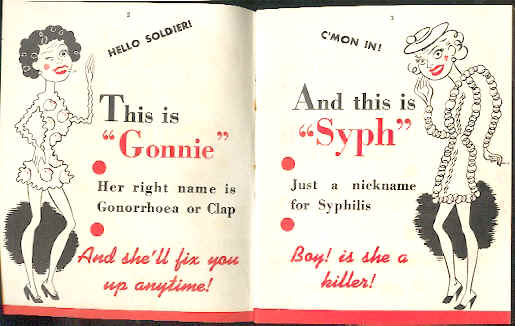 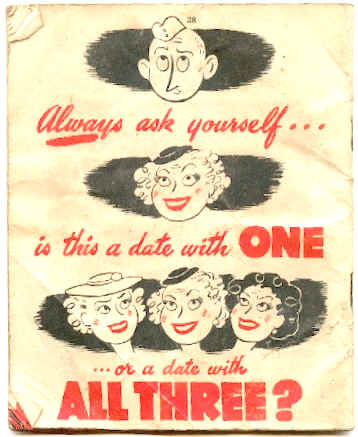 I agree with you wholeheartedly as for the VD ads, but for the first anti-smoking ad, while I agree with your criticism of the representation it gives, I would just like to add something. I do not know whether "cigarette" is a feminine noun in Russian, but it is in French, and if they wanted to personnify a cigarette, maybe there was not even a second of reflexion as to its gender: the gender of the noun usually is reflected automatically in our minds in the gender of the person personifying it, as Marina Yaguello showed in "Les mots et les choses" (1978). For example, Death (masculine in Swedish) is represented as a man in Bergman's The Seventh Seal. If the Russian ad company wanted (consciously or not) to *not* create dissonance between the image and the text (where the cigarette is of feminine gender), they almost *had* to put the cigarette costume on a woman, because unconsciously, people confuse the gender of nouns (which is strictly linguistic) and the gender of the things those nouns represent.

Then again, they could very well have chosen to think about it some more, and/or have chosen another campaign and forget the "let's put a costume on a woman" idea!

The 'bag of trouble' one is perhaps the most disturbing of these. The lack of identifiable eyes tends to make the character look ghoulish. You have hit a rich seam with these public awareness ads. I'm sure there must be others online: dig for victory! might be a good start on google. You can almost trace the slogan's evolution on google images alone.

here's a "girl next door" version of the VD ads that i posted awhile back:

re: the Russian anti-smoking ad.

I've seen these in metro stations in Moscow a few years ago. My first thought is to suggest that the 'cat fight' stereotype is not a universal human stereotype. So it does not necessarily hold in Russia in the same way as it does in North America. This is not to say that there is no cultural motif of woman on woman violence in Russia.

Does this ad betray some cultural assumptions? No doubt. What they are is a much more complex question that requires a great degree of cultural fluency.

Cigarette (sigareta in Russia) is indeed a feminine noun. Emilie's point about noting gender is important and no doubt relevant to visual reading of this ad.

Finally, my own conjecture is that the woman/cigarette strangling the woman/smoker is a conventionally 'sexy' woman (blonde, thin, pretty features etc.) and might be read as the paradox of smoking being coded as 'sexy' and alluring while being deadly. This opens up a whole other realm of connections in the 'beautiful but deadly' category of stereotypes. Of course, as noted above this would require a greater degree of cultural fluency (which unfortunately, I don't possess).

[...] Examples of women as a drag on the war effort (as vectors of sexually transmitted infections) here and here. [...]

[...] as “vectors of venereal disease” is an old one that was played up to attempt to stop American troops from engaging in sexual activity with women overseas. Never mind the fact that these soldiers CHOSE to go to prostitutes, and these women are not totally [...]

What you failed to mention about the war VD ads was that during wartime in many countries, many women were told it was their "duty" to infect servicemen with VD. This took the men out of the frontlines or weakened them. VD was rampant, especially among American troops fighting overseas. So the imagery, in context, is entirely appropriate. (!!!!!!)

[...] venereal disease propaganda from the World War II era is really a treat. An earlier article on the personification of sexually-transmitted diseasesas women is also enlightening. These colorful posters do some very limited Point-A-to-Point-B [...]

The biggest problem with Chlamydia is that most people don't even know that they have it lytiškai plintančios ligos. I had pink eye that wouldn't go away.