The Color of Housecleaning

Who hires house cleaners (or as they put it, “who needs a maid?”)? 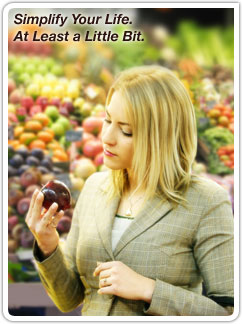 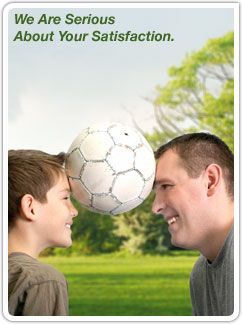 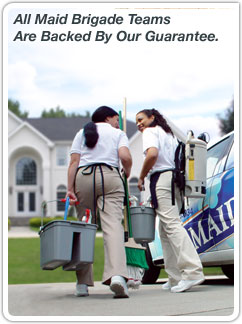 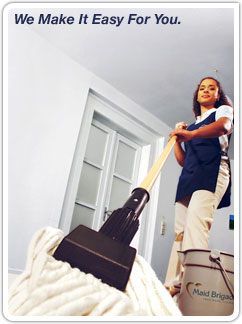 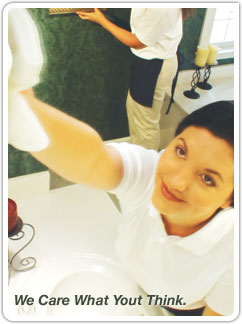 And no, there were no male maids. Do you really even have to ask?

Anyway, it’s an interesting example of class, the commodification of housework, and the ways that class and race separate women, such that upper-middle-class white women often free themselves from the second shift of housework by hiring other poorer, often non-white women to do it. 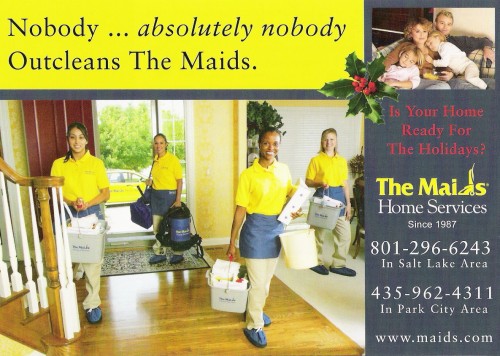 I've never seen anyone look so thoughtfully at a plum before.

A possible reason there are no male maids might be because many homeowners would feel less trusting about men cleaning their houses; possibly out of fear of being ripped off or women not wanting to be home alone with a strange man in the house (uniformed or not).

Repair technicians are usually men and often enter houses when a woman is home alone, but they are also usually licensed professionals (plumbers, electricians, etc.) making good money off the homeowner without having to steal it, unlike a $10/hr. housecleaner. Even then, when possible I prefer to only allow people to do any work inside my house that were recommended by someone I know.

Anyone who lives in the states should know that other than very small towns, white people don't do maid work, thats for hispanics and black folk. so this ad is showing things are they are. Plus most hispanic or black people cant afford maid service or in many cases just maids, they do the work themselves.
Talk about white priviledge.

Does that poster really say "We care what yout think"?

Unfortunately, from what I've read of the housekeeping industry, these pictures are probably a pretty accurate representation of the company's makeup. As far as I know, housekeepers are overwhelmingly female, and mainly hispanic (depending on the region), and the people who hire them tend to be white.

Not that I'm saying that's as it should be...

Well to some extent the ad is trying to portray the prevailing environment because unless you are in small town America, more often than not the maids who work in the service industry are hispanic, some black and very few white.
In addition it is most likely white people who can afford to hire a maid service, such are the perks of white priviledge and wealth. Minorities more often than not cant afford it or would rather do the cleaning by themselves.
Plus women are a safer choice for maids, less of a crime risk!

I added a final paragraph to clarify what I was thinking about when I posted the image--I realized I didn't make it clear how I imagined using the image in class.

Anyway, this could spark an interesting discussion about class and the commodification of housework and the ways that class and race separate women, such that upper-middle-class white women often free themselves from the second shift of housework by hiring other poorer, often non-white women to do it.

The quoted paragraph, in turn, could spark an interesting discussion about why some academics might be predisposed to look at such ads and say, "aha, see how this promotes racial separation and class stratification," rather than, "aha, see how middle-class affluence provides income for new immigrants with limited skills and minimal English."

Fair enough. Although I'd point out the books "Maid in America" and "Domestica" make it clear the relationships between housekeepers and their employers are often hostile and disrespectful, and that large numbers are, in fact, NOT new immigrants--particularly those who are not live-in housekeepers, like those employed by The Maid Brigade. Those that are new immigrants report being threatened with deportation and exploited by their employers, and shorted on wages.

And even if you present this in the positive light you give it, my point still stands--women ARE separated by race and class. Duh. That's simply true. I didn't say the images are proof of racism, I simply said they could remind us that women aren't all in the same situation, so if, for instance, we want to talk about gender, we have to remember there are lots of other things going on there. I don't see that that discussion is any way implies nothing positive could come out of these types of jobs. that's your assumption.

I wonder what the maids are going to do now that middle-class affluence is evaporating? And besides, that view still leaves out a vast amount of context, such as the connection between that middle-class affluence here and the need to emigrate from that poor country over there. Chances are, the poor country was a source of cheap labor and had lax environmental laws that attracted manufacturing "jobs" (sweatshops, maquiladoras) that barely paid a subsistence income, if that.

The crap manufactured in that poor country then went to fill the houses being cleaned by the immigrants compelled to leave their home country because they were powerless to affect the changes necessary to make it economically viable for more than the few at the top who are cashing in on holding wages and environmental costs low (and busting up attempts at organizing unions, of course). There's only so much fighting a person can do to improve their political and economic situation before they have to stop and feed their families.

It's all connected, and coming home to roost. I've always wondered who was supposed to be able to afford all these superfluous consumer goods if so many jobs were being 'outsourced' (among other developments). I think the answer is 'fewer and fewer people.' According to someone I know personally who is a spin doctor for the Federal Reserve, the inter-office buzz around that scene is "Liquidate all assets you don't want to hold on to (be stuck with) for the next 4-8 years."

When I asked how soon that should be arranged, he said "ASAP!"

Thank God I have no appreciable assets! I might end up poor and forced to go to Tijuana for healthcare I can still only barely afford like tens of thousands of California residents are doing right this minute! Hey, wait a minute... Hmm...

Enjoy that flat screen TV while you can.

not to mention there's not such a thing as "hispanic" "ethnicity" (what is it? latin american? how come belonging to such a diverse subcontinent, with all kinds of mixtures, became an identifiying criteria?)"they look hispanic" is a sentence that actually doesn't make sense, and it is, itself, racist. it's like saying "they look american" or "they look european".
hey, by the way, i really love the site.

It seems to me that many have begun to forget that we do not live in order to clean up, but only live in order to live comfortably in cleanliness. For this reason, I advise you to read more information about the robot vacuum cleaner and check this link right now. This will significantly save your time on cleaning, because with the help of such reviews you choose an assistant.