In Honor Of The Superbowl… 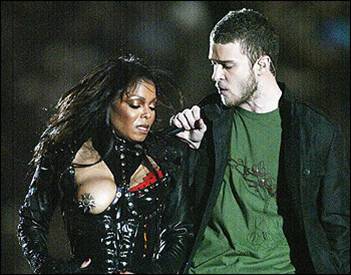 I use this story along with this image to illustrate agenda setting. Because the media made such a huge deal about this, it was something that most people talked about with at least one other person and an issue on which most people formed an opinion. (I like the two-second video because it shows just how quick it was.) I contrast it alongside some genuinely newsworthy event that no one noticed because it didn’t get covered and no one, now, remembers. (Richard mentions, by the way, that there were a ton of erectile dysfunction commercials during the superbowl that year that did not attract media outrage.)Thanks to Ang! I stole the picture and the idea of using this issue to talk about agenda setting from her years ago.

[...] to decide what we’re all talking about? (In sociology, we call this agenda setting.  The Janet Jackson boob debacle is another good example.) A commenter on our previous post mentioned that the FOX News reporter who [...]