When the Obama administration took office on Jan. 1, 2009, many scientists and scholars were hopeful that empirical evidence would play a greater role in defining a range of domestic and international policies, ranging from justifications for war, to global warming, to sex education, to policies about human trafficking. The hope was that the administration would turn away from making decisions that were rooted in ideological agendas and make decisions that were informed more directly by reliable empirical data. To some extent, this has been the case. [E.G.: see the State Department’s (remarkable) response to evidence of human rights violations against people in the sex trade].

However, when it comes to directly criticizing the State Department about its international policies — even using solid empirical data —  it is probably inevitable that the State Department machine will kick into defense mode. And this is what is happening now in response to Rhacel Salazar Parreñas, a professor of sociology at the University of Southern California, for her book Illicit Flirtations: Labor, Migration, and Sex Trafficking in Tokyo which is based on her ethnographic research with bar hostesses in Tokyo. The State Department argues that women who are similar to those Parreñas included in her study need to be “rescued.” Parreñas’ research suggests otherwise, and adds to the mounting evidence which indicates that calls for “rescuing” adult women are simplistic, not based in reliable evidence, and are ultimately harmful to the women who allegedly “need” to be “rescued.”

Parreñas’ more complicated and empirically-grounded analysis puts a wet blanket on widespread popular discourse about “sex trafficking” — a “victim/rescue” narrative that many critical feminist, human rights, and labor scholars critique as a colonialist, patronizing, (ironically) sexualizing fantasy of White Knights swooping in to rescue helpless women. Parreñas’ work also provides yet another push to the State Department — and other all parties interested in alleviating human trafficking — to ground their approaches in rigorous data collection, as well as analysis that addresses labor and migrant rights in the context of global economic inequalities.

See below for Nina Ayoub’s story which briefly summarizes Parreñas’ findings and the State Department’s response:

The author of a new scholarly book from Stanford University Press has become the target of criticism from an unusual source: the U.S. Department of State.

In recent weeks, Rhacel Salazar Parreñas, a professor of sociology at the University of Southern California, has received media attention for Illicit Flirtations: Labor, Migration, and Sex Trafficking in Tokyo, a book about Filipina women working as bar hostesses in the Japanese capital. Bloomberg News ran excerpts of her work. She was called the “literary lovechild of Barbara Ehrenreich and Naomi Wolf” by Zócalo Public Square, which said the book will “inspire indignation for reasons you didn’t expect.” Parreñas also was interviewed onThe World, a program of Public Radio International. Following that broadcast, the State Department asked—essentially—for equal time.

The issue? Parreñas was highly critical of the ways in which State Department policies on international sex trafficking characterize the women who are the focus of her book, minimizing, she says, their individual agency as migrant laborers, and seeking to “rescue” them and regulate their lives in ways that Parreñas argues may leave them worse off.

On November 4, Alison Kiehl Friedman, deputy director of the State Department’s Office to Monitor and Combat Trafficking in Persons was interviewed on The World to “clarify U.S. policy on sex trafficking.” She told the host that “we agree with Dr. Parreñas that there is exploitation inherent in what is going on, and we agree that not all the people there are trafficking victims. And we agree that there needs to be more done to get unscrupulous labor recruiters out of the system and better protect migration flows. Where we disagree is that somebody can go in, have a personal experience for a couple of months, and categorically say these people weren’t sex-trafficking victims, and somehow calling some of them sex-trafficking victims is worse than ignoring their exploitation and trying to address it.”

In an e-mail interview, The Chronicle asked Parreñas for her response. Is she surprised at the public attention her research is getting from the State Department? 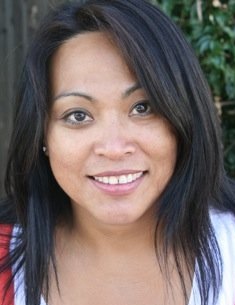 “As a scholar who is committed to ‘public sociology,’ that is, sociology that aims to transcend the academy and reach a wider audience, I couldn’t be anything but pleased that policy implementers have given attention to my work,” she writes. “Unfortunately, they seemed to have also misinterpreted the work.”

Parreñas adds: “I do wish that the U.S. State Department gave greater attention to the evidence-based research on human trafficking by scholars such as myself, and others including the anthropologist Denise Brennan, the legal scholar Dina Haynes, and the anthropologist Tiantian Zheng.” The department does not, she charges. Instead, they “insist on making unsubstantiated claims on human trafficking.”

What the sociologist is chiefly calling “unsubstantiated” is the Trafficking in Persons Report, which the State Department describes as its “principal diplomatic tool to engage foreign governments” on the subject. She is critical of the State Department, she says, for not fully accounting for its methods, as well as for its informants and sources. “The TIP Report would get an F if it were a  social-science-research project.”

Parreñas says she is fairly sure that her critics at the agency have not yet read her book. “Otherwise, they would not be able to dismiss my methodology as ‘having a personal experience for a couple of months.’” she writes. As a qualitative sociologist, she used a varied set of methods, including “in-depth interviews with hostesses, brokers, club owners; participant-observation both as a customer (in nine clubs) and as a hostess (in one club primarily); archival research; and interviews with government representatives in both Japan and the Philippines. I spent not just ‘a couple of months’ but a total of 11 non-continuous months in Tokyo to conduct my project.”

Unlike Friedman and the TIP Report, she says, “all the claims that I have made about the situation of hostesses—a group they say are ‘forced into prostitution’—are based on evidence, i.e., concrete interviews with migrant Filipina hostesses who I made sure represented a diverse group.” The women included “those who are college educated and those who are high-school dropouts; some work in high-end bars and others in low-end bars; some undress in the club where they work and others never sit next to a customer at a club when at work.”

Speaking on the radio of the Filipina hostesses, Friedman, the State Department official, used an analogy she said her boss was fond of. “I think that focusing on how they got there and whether there was any initial consent to travel is really beside the point,” she told The World. “It’s almost like criminalizing driving to the bank robbery, but not the bank robbery itself.”

In her e-mail to The Chronicle, Parreñas counters: “As I explicitly described in the interview, the work of hostesses is not prostitution. Instead, the work is to flirt professionally with customers.”

Friedman, notes Parreñas, “said we should not focus on how one gets to commit a robbery, but to focus on the robbery. This statement just goes to show that she chooses not to consider the circumstances of people’s lives and the particular needs that arise out of those circumstances.

In the case of hostesses, she says, “these women are often from the poorest of the poor in the Philippines. We cannot understand why they do hostess work unless we consider the structural contexts that have shaped their lives.” Those who prefer they not become hostesses, she says, should work on easing the structural inequalities that limited their choices and made hostess work the best of bad options.

“Yes, I would say let us look at the act of ‘bank robbery’ or the act of ‘hostess work.’ If we were going to do it accurately, we would actually rely on evidence to know the specifics of that ‘bank robbery.’ We would perhaps realize that the robber walked away with three pieces of mint candy from the bank and not wads of cash. If one looks at the TIP Report,one sees that the U.S. Department of State provides no evidence related to working conditions. So it is questionable if they know anything about the ‘bank robber.’”

Commenting on Friedman’s statement that “compelled service is frequently misidentified as consent,” Parreñas says that the official is “cloaking the problem of human trafficking. She is looking at the surface and not the structure.” Most migrant workers, she says, are not free laborers. They are often guest workers whose legal residency binds them to a sponsoring employer. This leaves them in a highly unequal relationship of dependency. This, she writes, would apply to farm workers in North Carolina, non-immigrant-visa domestic workers in Washington, D.C.; likewise, domestic workers in Singapore, or the kafala system in the United Arab Emirates, or au pairs in Denmark, or migrant teachers in Baltimore.

“Eminent scholars such as Carole Vance and Ann Jordan have expressed their puzzlement over the obsession of the U.S. State Department on sex workers as well as their conflation of sex trafficking and prostitution,” says Parreñas. She says that the department’s “over-obsession with finding ‘prostitutes’ who are ‘sex trafficked’” has led them to misidentify migrant Filipina hostesses. “Hostess work is not a euphemism for prostitution,” says Parreñas. Yet, she claims, the U.S. Department of State, “without evidence,” misidentifies the hostesses as not just prostitutes but women “forced into prostitution.”

This misidentification is a “setback,” she argues, “because it has eliminated the jobs of tens of thousands of women, many of whom are now living in poverty in the Philippines.” This shift, the book indicates, occurred when Japan changed its visa policies on “Filipina entertainers” in a way that conformed with U.S. preferences. The scholar also cites the research of her Ph.D. student Maria Hwang at Brown University, where Parreñas taught before going to the University of Southern California. Hwang has found a sizeable number of Filipina hostesses displaced from Tokyo working as migrant sex workers in Hong Kong. Hwang’s research, says Parreñas, shows us that “falsely rescuing them from prostitution has actually forced them into prostitution.”

Parreñas will continue her research on migrant labor. She says she is preparing a second edition of her 2001 book, Servants of Globalization: Women, Migration and Domestic Work (Stanford), which compared Filipina migrant domestic workers in Rome and Los Angeles. She is conducting new research in both cities to update their situations. She also has a new project that will compare the experiences of domestic workers whose legal residency in a country binds them to a citizen sponsor employer, meaning “that they cannot quit their job unless they are willing to be deported.” She will compare domestic workers in that situation in Denmark, the United Arab Emirates, and the United States.