Mass Violence and the Media 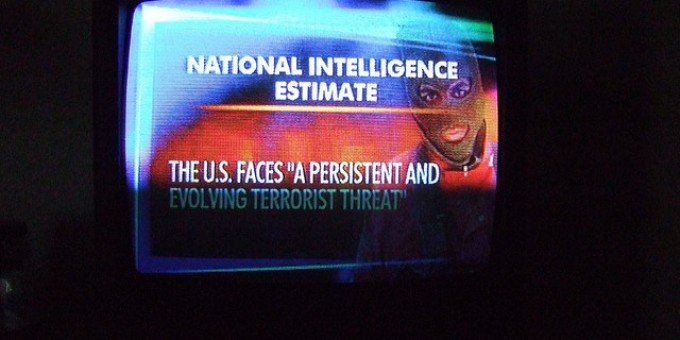 Acts of mass violence generally receive prompt, widespread, and often one-note media coverage in the U.S. For instance, coverage of a mass shooting at the Washington Navy Yard was dominated by punditry over the ease with which the suspect was able to procure a firearm despite his history of mental illness.

This roundtable aims to explore and deconstruct the narrative frames media outlets use to talk about and circumscribe violent events. More often than not, our panelists say, coverage oversimplifies these incidents and neglects their social and environmental circumstances. Such rhetoric is well-suited to the evening news, but it will not prevent further violence.

What are the most prominent media narratives about mass shootings and other terrorist acts?

Victor Rios: I look at the media as if it were like a snack vending machine… [the] explanations of mass shootings are:
• If it’s a white person, they point to severe mental issues. So they search for what could have went wrong with this otherwise decent person.
• Terrorism. Even if they appear white, as in the case of the Boston bomber, is the person then tied to another nation or another religious order that then brainwashed them?
• Domestic inner-city poverty types of issues, such as kids who are in gangs or involved with drugs or students who are involved with the inner city in some way.

Melissa Thompson: [I see] a distinction between mass shootings and acts of terrorism, with terrorists portrayed as having an agenda (to instill fear, to create political change, to get out some type of message). In these events, the media narratives typically focus on how terrorism can be prevented through better security, seeking out warning signs of radical beliefs among the individuals involved, and how terrorists recruit new members to their cause. Mass shootings, however, are more often framed around the mental and emotional state of a (typically) solitary individual, who often seeks to inflict his (these are almost always men) anger and pain on others in a dramatic manner that garners the most attention possible. In these instances, the dominant media narrative is typically… whether there was mental illness involved, if it was being treated, and were there warning signs that were missed. Other common narratives focus on access to guns…

How does the social context of the violence influence who or what gets blamed?

MK: Here’s a way to think about it: When it’s revealed that your next door neighbor is actually a serial killer and ends up on Criminal Minds… most neighbors will say that they had no idea, he was really quiet and kept to himself. When someone walks into their workplace and opens fire, that’s not how their [coworkers] respond. In these cases, they typically say, “Oh, we knew that this was going to happen. We didn’t know that it was going to be him particularly, but in the past several months, they’ve cut all of our overtime, they’ve cancelled our pensions, they’ve eradicated our health benefits, they’ve cut our wages. It was only a matter of time before somebody snapped.” So there’s a framing that’s continually missing in between the psychopathology of the crazed lone gunman opening fire and the changes in the workplace that have eroded people’s sense of dignity and… efficacy to such a degree that someone is going to “break”.

MT: A very common theme with respect to blame is the weapon… If a gun (or supplies used in an explosive incident, such as for Boston Marathon bombing) were obtained legally, blame is often focused on whether the law should be changed. For instance, should the “gun show loophole” be eliminated? Or should there be stricter controls on the purchase of guns for those with a history of mental illness?

[That’s another] common theme: blaming the mental health system. This seems especially common when the perpetrator worked alone—absent any sort of terrorist organization. Given the lack of any obvious political motive present in a terrorist act, the media are often forced to frame these scenarios as acts of “crazy” people who just “lost it.” Thus, the blame is attributed to internal psychological and emotional issues that the media would expect to be addressed by the mental health system. Recent news stories (for example, a November 8, 2013 New York Times article by Calmes and Pear) on the Affordable Care Act have touted its requirement of equal insurance coverage for mental and physical illnesses as progress toward curbing gun violence and mass shootings. These stories suggest that …more mental health treatment… will [reduce] mass murder events. Thus, the ultimate blame [is reduced to] mentally ill individuals and [failures of] the mental health system.

What are some unintended consequences of reductionist framing? That is, what problems have you seen in picking a single reason for a sensationalist crime’s coverage in the media?

VR: For example… the media will cover mass shootings (now I’m referring to schools and the high-profile shootings that have occurred in schools for the past 20 years, such as Columbine) …as a potential threat to all schools across America. …The consequence now is you have schools with surveillance cameras, with drug sniffing dogs, and you also have kids being disciplined by police officers. …What my research finds is that when you have more police officers in schools, you tend to get more criminal justice interactions… kids who otherwise wouldn’t have been caught up in the juvenile detention system end up having records because now it’s really easy for a school to throw its discipline problem at a cop… So instead of being a school issue with a school solution, it becomes a court issue with a law enforcement solution.

How does media framing shape public perceptions of mass shootings and acts of terrorism?

MT: …There tends to be so much emphasis on mental illness as the cause of these events that the public perceives these events as due to actors who are irrational and out of control. This is likely to cause even more fear of mass shootings… unpredictability means always having to be afraid…

VR: The media packages its product in order to sell… quick and simple explanations. For the media to sit there and explain masculinity, it’s a complicated story. But if you explain mental instability and you show examples of a neighbor saying, “Yeah that guy was crazy,” it really boils it down [and] taps into the very fundamental moral values of Americans, much of which hinges on the fear of the unknown, the fear of terrorism. …[R]eporters are also regular people, so they’re… going to tend to lean toward the explanation that they have the best capacity to understand. So that’s an easy way for the media to wrap people up in… this [existing] fear of the other committing acts of destruction on the country.

MK: What we frequently do is use the framing of similarities and differences to [keep an issue at a distance]. If we focus on the similarities, …you can say, “Well, it’s all this and it’ll never change,” “Boys will be boys,” or something like that. That way we can pathologize the individuals… but of course what me miss are the connections among them.

When it comes to media coverage, what gets left unsaid and why?

MK: Whether it’s a single person dying in LAX or dozens like in Columbine, I think the framing is always “What’s wrong with [the criminal]?” And for me, the pathologizing is half right. I’m sure he has some problems. But the other side of it is that he’s not simply a non-conformist. He’s also an over-conformist. He has ideas about masculinity: …you always win, you have to take “them” all out, if you’re dissed you have to fight back. So I think in some respects the shooters are over-conformists to very outmoded ideas about masculinity. [Further] …whether it’s a mall shooting in New Jersey or Nairobi or mass workplace shootings like the Navy Yard, LAX, or in schools, what [do the perpetrators have in common]? Well it’s pretty easy to say: they’re all men!

But the fact that they’re virtually all middle class white boys, no one is going to talk about that. So in the sociological imagination, playing the game of substituting the “other” and seeing how it would play out is an instructive exercise to see what the media is glossing over. …[T]he missing [story] is easily illustrated if you imagine that all of these mass shootings were committed by poor black girls. If you would imagine that, everyone would be talking about race and class and gender.

VR: In the real world, people [and situations] are more complicated than media explanations. …[W]e fail as a society to flag mental illness, to flag unstable conditions… [T]o account for the issues that the media is not taking into consideration, we need to think about masculinity and the ways in which gun culture is taught to boys to become a fundamental part of who they are as men, and the larger public issue of not taking care of our population who is in need of mental health services.

We’re raising a generation of young men with a certain kind of ethic. I feel that this masculine, Second Amendment, “use guns to take your wrath out on the world” kind of ethic is a new way of looking at Max Weber’s “Protestant Ethic”. Weber saw American culture as [driving] individuals to push against all odds… to acquire wealth, primarily as a way of showing salvation. Just the same, we have to analyze why it is that this culture of gun violence and mass shooting is exceptional to American society. We have to interrogate it and try to understand why our culture is feeding into creating this new “ethic,” which is then feeding into creating mass shooters. Yeah, they may appear isolated, but they’re really just the tip of the iceberg. There are so many damaging things that are happening to our young men and that they’re doing to other people that are related to this culture of hypermasculinity… The problem with a very pragmatic solution is that we’re teaching boys to be too tough and rough, and not empathetic, and that leads some of them—granted, a really small population—to literally blow up.

Michael Kimmel is a distinguished professor at Stony Brook University. He is among the leading researchers and writers on men and masculinity in the world today.

I like Victor's categorizations, at the beginning, about the buckets media immediately toss shooters into: mentally ill, terrorist, inner city youth/gangbanger. I was thinking maybe the "loner"/"lone wolf" (e.g., the Unabomber) was another, but perhaps that fits under "mentally ill white person."

Michael Kimmel is a distinguished professor at Stony Brook University. He is among the leading researchers and writers on men and masculinity in the world today.