Biophobia and the Reluctant Sociologist 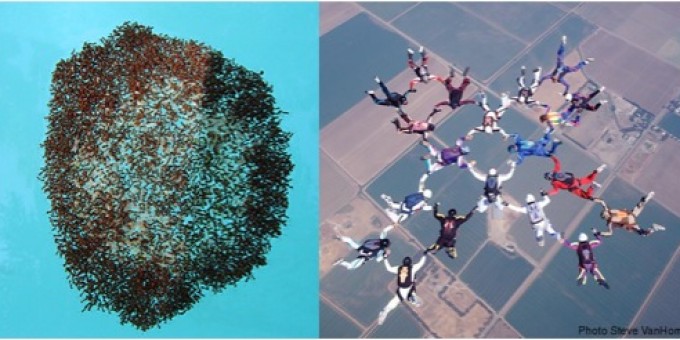 Sociology, at its most basic, is the study of human social life. While the field is broad, incorporating methods and theories from a wide range of disciplines, it has an historically rocky relationship with the biological sciences. The chilling history of how physiological and phenotypical differences have been used as a means for discrimination, slavery, and eugenics has kept many social scientists from engaging biology. Also at work are disagreements about the method and approach of social scientists versus biological scientists and sociology’s often uncompromising insistence upon the social construction of human culture and consciousness. But how can one study an animal—in this case, the human kind—without acknowledging its biology? The contributors to this roundtable argue—you can’t.

Here, sociologists who have used a biological approach in their research discuss, without brushing aside very real fears of genetic determinism and biological reductionism, how each field can benefit from work in the other.

Why do you think many sociologists are hesitant to incorporate biological approaches into their work?

Richard Machalek: In my view, the simplest answer is ignorance. Without intending to sound confrontational, it is not surprising that many sociologists exhibit what the evolutionary psychologists Martin Daly and Margo Wilson called “biophobia,” a virtual knee-jerk antipathy to any suggestion that biology could have much, if anything, to offer in terms of explaining human social behavior. Being uniformed by fields such as evolutionary biology, behavioral ecology, population genetics, and sociobiology, it is hardly surprising that many traditional social scientists bridle at the prospect of framing almost any aspect of a sociological analysis in biological terms. Such a response, however, is now inexcusable. There are many excellent sources available for anyone who might be curious about current, state-of-the-art knowledge about how biology is implicated in the social behavior of both human and non-human species.Watch an interview in which Dr. Machalek defines and explores sociobiology here.

Jonathan Turner: Part of the answer is the fear of reductionism that would erode sociologist’s tenuous hold on respectability, [that] subsuming sociological phenomena under biology would make sociology less important… [T]here is merit to this concern, which means that sociologists’ adoption of Darwinian ideas from biology must be selective and tailored to the nature of the phenomena studied by sociologists.

Yet another part is the old prejudices, especially among older sociologists, that biological determinism does not explain the way the real social world operates. Old straw men (and women, I would assume) are trotted out, such as the inherent racism or sexism in [biological approaches], although I have found critical theorists quite willing to use the biological card when it suits their purposes. Thus, sociologists still talk about “race” as if an eye fold or point mutation for skin color were important differences among people, thereby justifying their focus on discrimination on the basis of race; or, alternatively, [sociologists might assert that] homosexuality is biologically based (essentially correct) while at the same time rejecting everything else that might have a heavy biological component, such as gender… There is a generational divide on this question… There is some hope that, in the future, sociologists will be more willing to consider biological forces in sociological analysis.

There is, however, a generational divide on this question. Younger scholars are much more open to what senior scholars, with a few exceptions, reject. There is some hope that, in the future, sociologists will be more willing to consider biological forces in sociological analysis.

How would sociology be strengthened by incorporating more biology in its theory and coursework?

Turner: The social universe operates at many levels—micro, meso, macro, cultural, structural, behavioral, biological, ecological, etc.—and to ignore the fact that humans are animals of a special kind (evolved apes, in essence), …that our evolved biology has large effects on behavior and… the building up of social structure and culture, to ignore this biology is to leave a large gap in our ability to understand the social universe…

Hopcroft: Sociologists don’t have to be biologists or even learn a lot of biology, but they should understand the evolved nature of humans, including the fact that, if we didn’t evolve to be social, sociologists would be largely out of a job. What sociologists write must be consistent with what has been learned in the life sciences. So, for example, the role of biology in predisposing individuals to sex-typical behaviors should be acknowledged, rather than denying its part in the creation of sex roles and associated sex typical behaviors.

Machalek: Sociology has been dominated by the “Standard Social Science Mode” (SSSM), and a key element of this model is that the human brain (and mind) is an equipotential, general, all-purpose learning machine. (This is commonly called the tabula rasa [blank slate] assumption.) Accordingly, those who subscribe to the SSSM assume that the architecture and functional properties of the brain are basically irrelevant to explaining human social behavior except by processing culture and individual experience.

Evolutionary theory and research provides a way of exploring the possibility that the human brain is equipped with specialized adaptations that contribute to the production of social behavior. This does not mean that evolutionary thinkers subscribe to any variant of “genetic determinism,” but that natural selection may have equipped the human brain with specialized cognitive adaptations that are implicated in the expression and regulation of human social behavior. By incorporating more biology into the education and training of sociologists, they will be better equipped to learn about and reach informed conclusions about the possible sociological relevance of research findings in fields such as the cognitive neurosciences, evolutionary psychology, behavioral ecology, and other evolutionary sciences. By virtue of sociology’s long-standing assumption that the functional properties of the human brain are largely irrelevant to explain human social behavior, sociology has developed as a largely “brainless” science. That is changing, however, and we now can observe a number of sociologists engaged in the task of laying the foundation of a “neurosociology.”Being uniformed by fields such as evolutionary biology, behavioral ecology, population genetics, and sociobiology, it is hardly surprising that many traditional social scientists bridle at the prospect of framing almost any aspect of a sociological analysis in biological terms. Such a response, however, is now inexcusable.

In addition, scientists who study non-human social behavior have already begun to incorporate some concepts, theoretical principles, and research findings from the social sciences into their analyses of non-human societies and social behavior. For example, the “prisoner’s dilemma” model from game theory and exchange theory has had a very significant influence on behavioral biology over the past two or three decades. Similarly, network theory has been used fruitfully by biologists who study interactions among individuals across a range of species.

By becoming more knowledgeable about biology, especially evolutionary biology, sociologists might very well be able to recommend other social scientific ideas that could be used by biologists who study non-human social behavior. A case in point pertains to behavioral biologists’ efforts to understand how emergent properties develop in all social systems, both human and non-human. Put in terms that will be familiar to sociologists, sociobiologists and behavioral ecologists may have much to learn from sociologists about how to explain and understand “social facts” that are found in non-human societies, especially among species such as, but not limited to, the eusocial insects (ants, bees, wasps and termites). In short, I think that integrating more biology into the education and training of sociologists could, in the long run, benefit both sociology and behavioral biology.

Sociologists are largely concerned with analyzing culture and cultural change, so critics of biological approaches argue biology is useful for studying non-human species, but not humans. Does culture make biology irrelevant?

Machalek: Consider a quotation by the famous sociobiologist Edward O. Wilson: “We know that virtually all of human behavior is transmitted by culture.” Wilson goes on to claim that understanding how culture and biology interact is the “central problem of the social sciences and the humanities, and simultaneously one of the great remaining problems of the natural sciences.” Culture, the production and use of symbols, and spoken (and written) language are signature traits of the human species. To try to understand humans absent a consideration of culture would be like trying to understand ant behavior without attending to pheromones, or trying to understand most bat species without considering their capacity for echolocation.

Bringing biological thinking to bear on explanations of human social behavior does not displace the explanatory centrality of culture as a key concept for studying social behavior. Rather, it expands both the breadth and depth of cultural inquiries social and behavioral scientists can pursue.

Turner: [Sociologists] study structural changes, as well as psychological changes in humans as they adapt to new types of sociocultural formations. The assumption that humans are somehow unique because we produce culture is based upon religious doctrine more than scientific fact. We are animals; we have an evolutionary history; our capacities are not as unique as we like to think…. Moreover, our capacity for culture is only possible with an evolved biology. Culture does not obviate biology, it depends upon it.

[O]nly by knowing human biology and why, as well as how, it evolved can we fully understand many of the emergent properties of the complex sociocutural systems that have been built up over the last ten thousand years. For example, why are humans so emotional and prone to conflict? Why is interaction a constant process of trying to avoid breaches? Why does stratification produce such tensions? Why are sexual and family relations so fragile? [S]o many questions of this nature require some understanding of the human brain and the selection pressures that rewired this brain during hominid evolution. Sure, we can talk about these processes and many more without bringing in biology, but these explanations are [incomplete]…

I am very critical of sociobiology and evolutionary psychology that make all kinds of untenable and incorrect assumptions …I would not recommend using the approaches that have been developed in disciplines that never read, nor respect, sociology. We need to develop our own approach to using biology, as Alexandra Maryanski and I have been trying to do for some time now. So, I am not advocating that we adopt Darwinian ideas wholesale from biology, but that we adopt them selectively where they can help in explaining our domain of the universe—the social world—and, moreover, that we develop a new kind of evolutionary biology for studying the biology of the social world.Culture does not obviate biology, it depends upon it.

Rosemary Hopcroft is in the department of sociology at the University of North Carolina at Charlotte. She studies evolution and gender and social change in institutions.

Richard Machalek is in the University of Wyoming’s sociology department. He studies the evolution of social behavior among humans and nonhumans alike.

Jonathan H. Turner is a general theorist at the University of California, Riverside. His work revolves around establishing sociology as a “hard science” in which theoretical explanations are developed to explain the basic dynamic forces of the universe.

Rosemary Hopcroft is in the department of sociology at the University of North Carolina at Charlotte. She studies evolution and gender and social change in institutions.

Richard Machalek is in the University of Wyoming's sociology department. He studies the evolution of social behavior among humans and nonhumans alike.

Jonathan H. Turner is a general theorist at the University of California, Riverside. His work revolves around establishing sociology as a "hard science" in which theoretical explanations are developed to explain the basic dynamic forces of the universe.